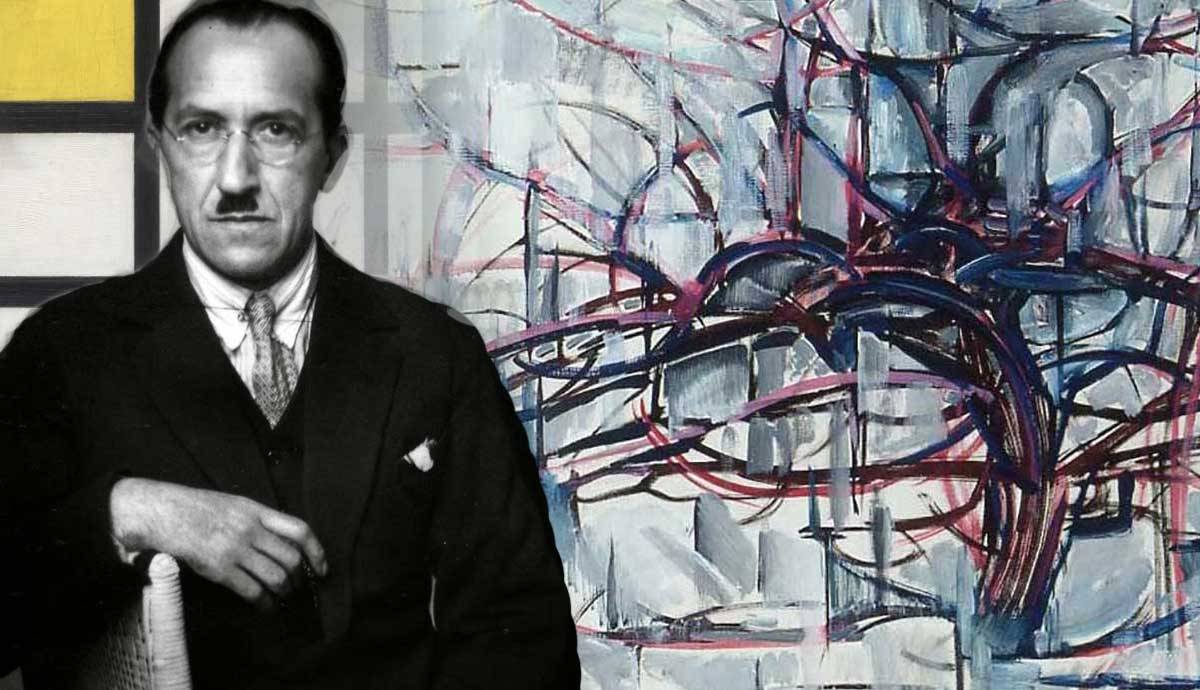 The Dutch artist Piet Mondrian is without a doubt one of the most iconic artists of the entire 20th century. A leader in a Dutch School of abstract art called De Stijl (meaning the style), his distinctive language of horizontal and vertical lines, and planes of red, yellow and blue, is as instantly recognizable today as it was in his mid-century heyday. It later went on to influence a great many artists and designers that followed. In fact, we still see iterations of his style brand within the worlds of art and design today. Let’s take a closer look into the life of this remarkable artist with a series of facts surrounding his long and prolific career.

Mondrian was one of the first artists to paint entirely abstract art, which made no direct reference to the real world. His mature art from the 1920s to the 1940s was, like many 20th century abstractionists, a reference instead to the inner, spiritual world, reaching for a higher plane beyond that which we could see, or which science could explain. As a member of the Dutch Theosophist Society, Mondrian introduced their doctrines into much of his art. One key Theosophist theory he believed most ardently, was that the spiritual world could be reached through art. Mondrian also introduced theosophical ideas around reducing ideas to their most basic forms into his art. Like the Theosophists, he believed basic compositional elements and colors could reveal the underlying, fundamental powers of the universe.

Earlier in his career before reaching his mature, abstract style, Mondrian made many different paintings of trees in a distinctly Cubist, deconstructed style. He began painting trees in around 1908 and continued with this theme until at least 1912. As his art developed, his trees became increasingly geometric and abstracted. In his later trees, Mondrian converted branch shapes into grid-like formations, sometimes using a series of horizontal and vertical lines. When looking at the trees alongside Mondrian’s later abstraction, we can see how he was slowly edging his way towards an abstract language composed of grids and lines, and these would become the culmination of a lifetime’s work.

Mondrian defined his mature style as ‘Neoplasticism’, or “the new plastic art,” with painting and sculpture considered ‘plastic arts.’ The new, modern branch of painting that Mondrian advocated for was streamlined and monumentally simple, a revolutionary way of making art that had never been seen before. Mondrian gave himself a limited framework within which to work, only making art only from horizontal and vertical black lines, and the three primary colors of red, yellow and blue, with grey, all arranged like modular units on a white background. Yet even within this narrow set of guidelines, Mondrian still managed to be incredibly inventive, as seen in his most famous work of art, Broadway Boogie-Woogie, 1942-3. Other artists who followed Mondrian’s Neoplasticism were the Dutch De Stijl artists, particularly Theo van Doesburg.

4. He Is Still a Popular Icon Today

Mondrian’s style of art was so influential that he is still considered a cultural icon today. We see his distinctive, Neoplastic style in a range of different places today, from Roy Lichtenstein’s Pop art paintings in the 1960s to the band Silverchair’s album cover for Young Modern in 2007, Nike’s Dunk SB Lows trainers from 2008, the Moscow metro stations Rumyantsevo and Salaryevo, and Miuccia Prada’s fashion lines for AW11, to name just a few. All these various influences show just how widely distributed his ideas have become, and how ingrained they now are in contemporary society.