Why Did Piet Mondrian Paint Trees? 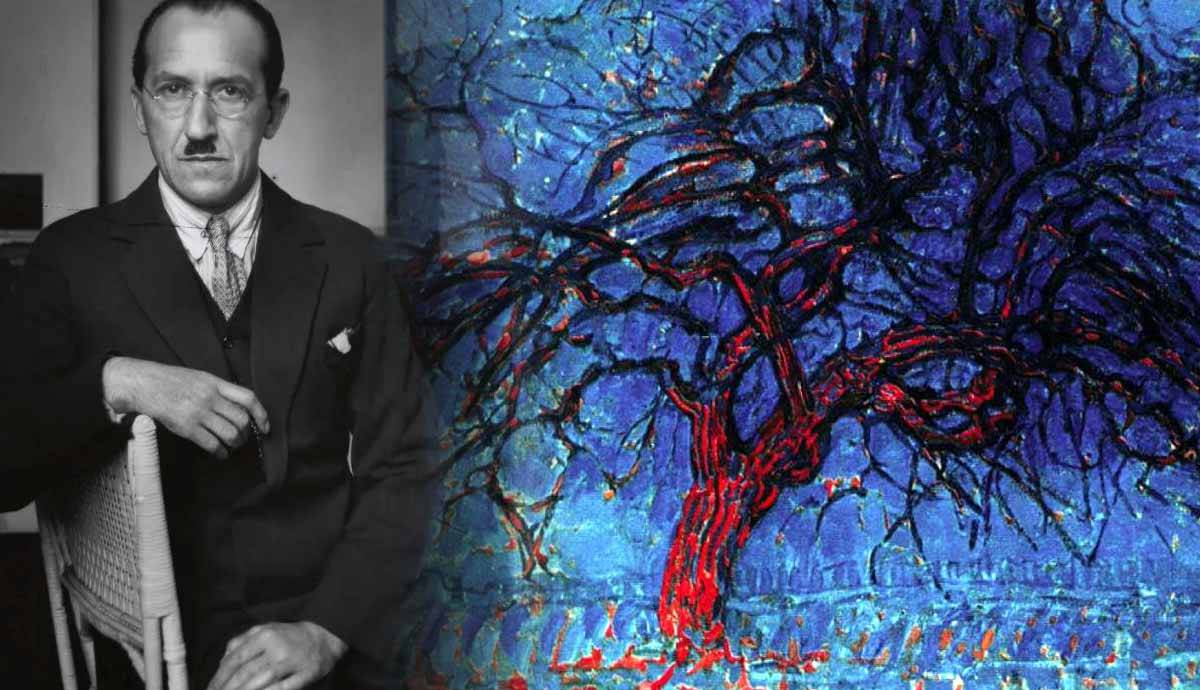 The great mid-20th century artist Piet Mondrian might be best known for his simple, geometric abstract art, featuring primary colors, and horizontal and vertical lines. But did you know Mondrian spent a large part of his early career, from 1908 to around 1913, almost exclusively painting trees? Mondrian was fascinated by the geometric patterns of tree branches, and the way they represented the inherent order and patterning of nature. And as his art developed, his paintings of trees became increasingly geometric and abstract, until little of the actual tree could be seen. These tree paintings allowed Mondrian room to develop his ideas around order, balance and harmony, and they paved the way for his mature abstraction, which he called Neoplasticism. We look through some of the reasons why trees were so important in Mondrian’s artistic practice.

1. Piet Mondrian Was Fascinated By their Structure

Mondrian began his career as a landscape painter, and the natural world became the ideal platform from which he could branch out into more experimental styles of painting. In his early years Mondrian was particularly influenced by Cubism, and he began breaking apart and geometricizing his subjects as inspired by the art of Pablo Picasso and Georges Braque. Mondrian realized during this time that trees were the ideal subject to abstract into geometric shapes, with their complex network of lines that form crisscrosses and grid-like formations. We see in Mondrian’s earliest paintings of trees just how fascinated he was by the dense networks of branches reaching out across the sky, which he painted as a mass of black, angular lines. He increasingly ignored the tree trunk, zeroing in on the network of branches and the negative spaces between them.

2. He Wanted to capture the Essence and Beauty of Nature

As Mondrian’s ideas developed, he became increasingly preoccupied with the spiritual properties of art. He joined the Dutch Theosophical Society in 1909, and his membership of this religious, philosophical group cemented the artist’s ideas around finding the balances between nature, art, and the spiritual world. Through his geometric studies of trees, Mondrian particularly explored the Theosophical ideas of MHJ Schoenmaekers, a Theosophist and mathematician. He wrote in one of his most prominent essays titled The New Image of the World (1915):

“The two fundamental and absolute extremes that shape our planet are: on the one hand the line of the horizontal force, namely the trajectory of the Earth around the sun, and on the other vertical and essentially spatial movement of the rays that issue from the center of the sun … the three essential colors are yellow, blue, and red. There exist no other colors beyond these three.”

It is, in particular, Schoenmaekers’ emphasis on distilling the experience of nature into its barest bones that excited Mondrian the most. But Mondrian’s tree studies reveal a deeper quality that can sometimes be overlooked in his simpler geometric abstraction; they show us his deep-seated fascination with the pure essence and structure of nature, which became a foundational launch pad for his abstract art.

3. They Became a Gateway into Pure Abstraction

It’s incredible to look through Mondrian’s tree paintings and see him carrying out this gradual process of refinement until he arrives at the simplest designs, which still retain the harmonious order and patterning of nature. In fact, without his earlier tree paintings, it seems unlikely Mondrian would have arrived at the pure geometric abstraction that made him so famous and world-renowned. If you look hard enough, the solid black lines, crisscrossing into ordered patterns, filled here and there with patches of color and light, might just resemble the experience of looking up at tree branches against a bright sky. Writing about the role of nature in his pathway towards abstraction, Mondrian observed, “I want to come as close as possible to the truth and abstract everything from that until I reach the foundation of things.”