HomeAnswersWhy Is the Taj Mahal a World Wonder?

Why Is the Taj Mahal a World Wonder? 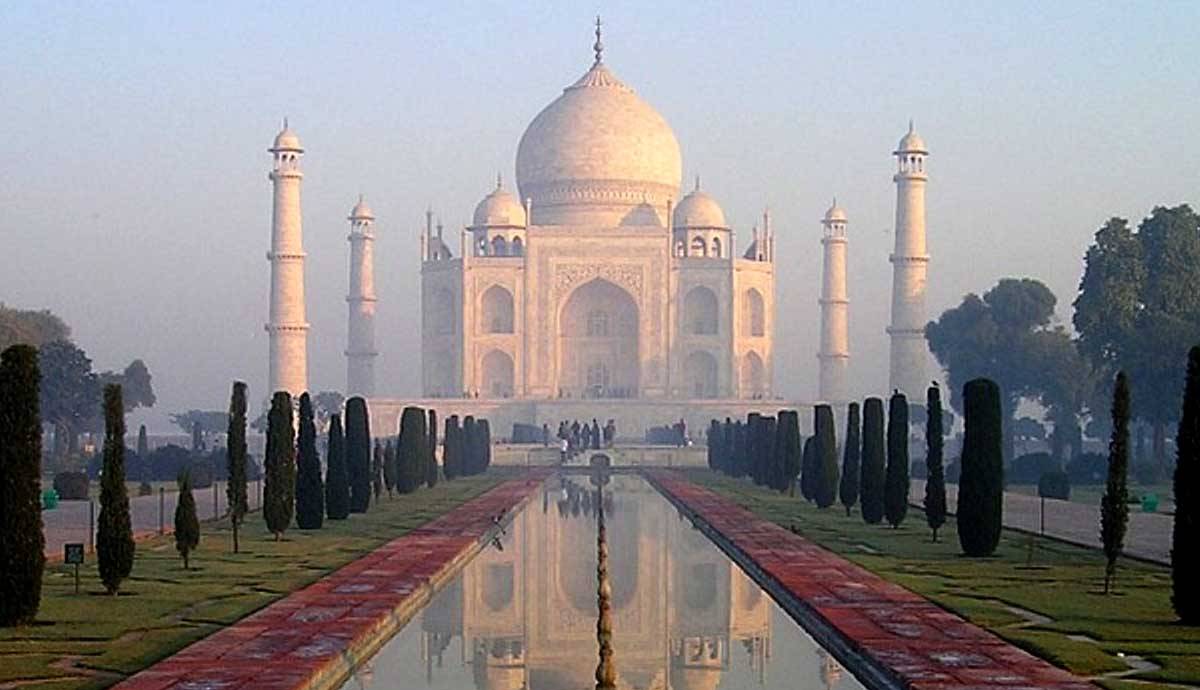 The Taj Mahal (Persian for Crown of Palaces) in India is a stunning example of Indo-Islamic architecture dating all the way back to the 1600s. Situated on the bank of the Yamuna River in the city of Agra in India, this marble mausoleum and its grounds are one of the most popular tourist destinations in the world. Unsurprisingly, the Taj Mahal made the modern Seven Wonders of the World list. It has also been a protected UNESCO World Heritage Site since 1983. We look through some of the most fascinating facts that make this temple one of the most impressive architectural constructions in human history.

1. The Taj Mahal is a Symbol of Love

Mughal Emperor Shah Jahan built the Taj Mahal as a tomb and enduring symbol of adoration for his wife Mumtaz Mahal. Sadly, she died during childbirth in 1631. This marble tomb for Mumtaz Mahal is made from iridescent white marble, signifying the emperor’s great devotion to his beloved wife. Construction began in 1632 and continued until 1648. Emperor Shah Jahan added further details, including a mosque, guesthouse and southern gateway in 1653.

2. The Taj Mahal Is a Prime Example of Mughal Architecture

Today, the Taj Mahal is widely recognized as the greatest architectural accomplishment of the Mughal Empire. It is also one of the finest examples of Indo-Islamic sepulchral architecture. The Indian architect Ustad-Ahmad Lahori was responsible for designing the building and grounds. He went to great lengths in creating an icon for the Mughal era. Perhaps unsurprisingly, it was to be the finest building of his entire career.

Throughout the building’s interior and exterior he envisioned a constructed, rhythmic interaction between solids and voids. But even more distinctively, his design features stylized, distinctive arches and curves, and bulbous domes that point upwards to the sky.

The building and grounds are also entirely symmetrical, giving the mausoleum complex an air of ease and tranquility. This makes it the ideal resting place for a queen. Because of this exquisite beauty, the Taj Mahal has become an enduring symbol of a wealthy empire that has survived through the ages.

3. Thousands of Makers Built the Monument

Scholars believe it took 20,000 dedicated workers to create the Taj Mahal in all its glory. These workers included masons, stonecutters, inlayers, carvers, painters, calligraphers, dome builders and more. Together, they created a masterpiece that has survived remarkably well over the centuries. The materials they worked with came from all over India and Asia, sometimes carried by elephants across the land. It took this vast team around 22 years to complete the Taj Mahal, and cost 32 million rupees (around US $827 million).

4. The Building Is Adorned with Ornate Details

The Taj Mahal features an array of stunning and ornate details. One of the most striking of these is the intricate lattice screens and structures. They are known as jaali, meaning ‘nets’, and feature inside and outside the mausoleum, allowing air to flow freely and prevent it from overheating. Streams of light also flow through these ornate perforated screens, creating a complex and intricate interplay of depth, shadow, and light. The distinctive circular pattern of the jaali on the Taj Mahal was typical of the Indo-Islamic style. Other stunning details include curling patterns and elements of intricate calligraphy produced in paint, stucco, stone inlay or carving.

5. The Temple Has Extensive Grounds

The Taj Mahal sits in an extensive 42 acres of grounds. They are designed to co-exist in close harmony with the complex of buildings. A mosque and guest house built in red sandstone occupy areas of the land, surrounded by pristinely ordered, geometric gardens lined with tall trees. Meanwhile, a long, rectangular pool reflects the mausoleum’s grand exterior, providing an air of spiritual, heavenly contemplation.