Xia Dynasty: The First of the Chinese Dynasties

The Xia Dynasty inspired anthropologists and many history enthusiasts to study its origins. Cited in legends, the Xia Dynasty is an integral part of Chinese culture and heritage. 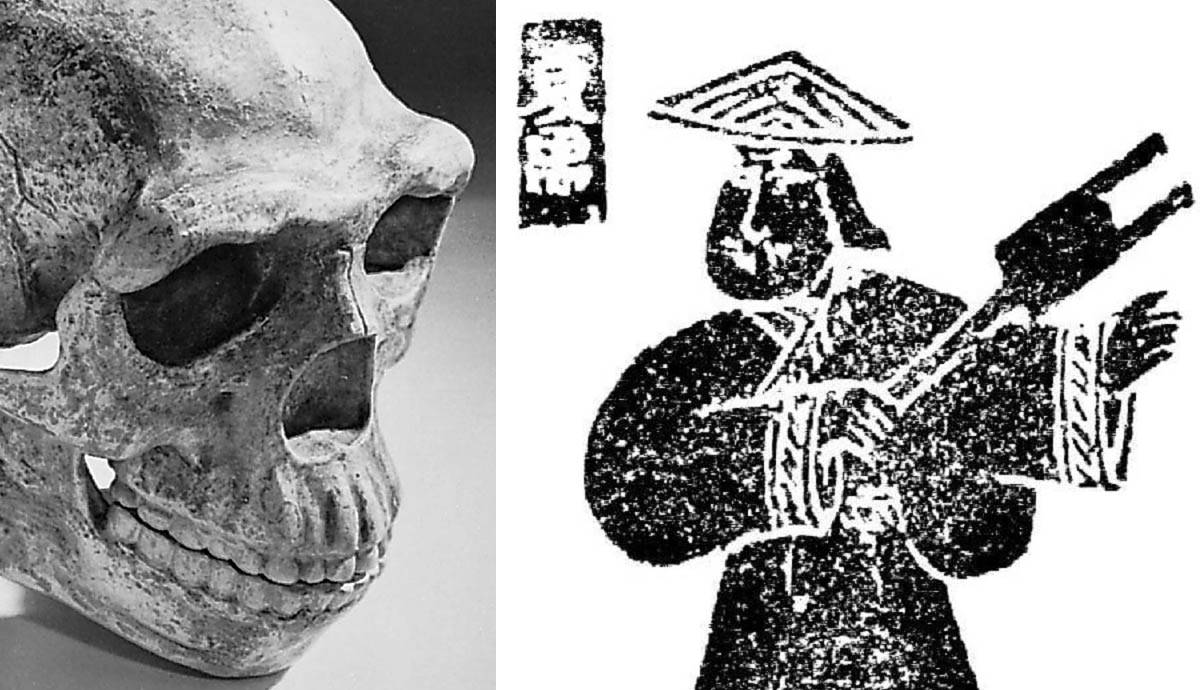 Known to be the first dynasty in Ancient China, some historians debate the origins and roots of the Xia Dynasty (pronounced ‘Sha’) (2070-1600 BC). It is claimed that the Zhou Dynasty invented the Dynasty’s existence to justify overthrowing the Shang Dynasty and normalize the effect of the displacement of a prior dynasty. The Dynasty played a significant role in Chinese history as it was the bridge between the ancient Chinese primitive civilization and the beginning of a more modernized society. According to Chinese folklore, the Xia Dynasty was ruled for almost 400 years by 17 emperors. The first capital was Yangcheng which later moved to Yangdi. During this time, its people inhabited the western area of the province of Henan, while others lived in the northern and southern part of the province of Shanxi.

Ancient China Before The Xia Dynasty

China is one of four of the world’s most ancient civilizations; its earliest unearthed discovery of a human is the “Peking Man,” who lived in the Zhoukoudian area near Beijing 600,000 years ago. The “Peking Man” was able to walk upright and use simple tools in addition to knowing how to make fire.

Ten thousand years ago, the Neolithic Age started in Ancient China. It was characterized by communities cultivating rice and millet. Farming tools have been found in the remains of Hemudu in Yuyao, Zhejiang Province. As in many other ancient communities, early Chinese settled around rivers. In China’s Neolithic era, the Yellow River (central and northern China) and the Yangzi River (southern and eastern China) played a pivotal role in the existence of these communities and eventually in the rise of the Chinese Dynasties. The earliest Neolithic culture discovered in China was the Yangshao Culture 仰韶 (5000-3000 BCE) which existed along the Yellow River. Several other cultures were discovered, leading to the Liangzhu Culture 良渚 (3400–2000 BCE), advancing the rise of the political supremacy of the Xia Dynasty. Thanks to the fertility brought by the Yellow and Yangtze Rivers, the first of the Chinese Dynasties emerged.

Yu The Great: First King In The Xia Dynasty

Whether it’s a myth or not, the Xia Dynasty was established by Yu the Great(大禹). It began with a tribal leader, Shun, who commissioned his minister, Yu, to control the floods of the Yellow River. To prevent the detrimental effects of the flood, Yu decided not to build dams. Instead, he divided the rivers through a system of canals limiting their forces while providing irrigation in the process. Yu was successful in preventing the flood, enabling the prosperity and growth of farm crops.

Thanks to the work of Yu the Great and his ability to prevent the floods from ruining farm crops, irrigation and consequently agriculture thrived during the Dynasty’s reign. According to Paul C. Mangelsdorf, “No civilization worthy of the name has ever been founded on any agricultural basis other than the cereals…. It may be primarily a question of nutrition…. Cereal grains, like eggs and milk, are foodstuffs designed by nature to supply carbohydrates.”

Rice and millet were the dominant cereal crops of the time. Breeding of domestic animals was a cornerstone in agriculture. Oxen were used in farming in Spring and Autumn.  Horses were also used for plowing and riding. Various cultivating tools were utilized shi 耜 (a kind of spade), spade, hoe, and sickle, which were finely made proving a high technique of cultivation. Near the end of the dynasty, the Xia people abandoned cultivation and started disengaging from farming. The evolution of agriculture led to a surplus that enabled people to start working on other activities like workmanship, artwork, and evolving spiritual beliefs.

Legend says that Yu the Great was able to accomplish this with humility and so was hailed as a hero. By the time the mission was accomplished, Yu was appointed as the new Tribal leader. Approaching his final days, Yu assigned his son Qi to be the new leader and thus founded the Xia Dynasty.

Qi ruled for approximately ten years. During his reign, he won some military battles resulting in the unification of certain territories of Ancient China. One significant battle was against the Youhu tribe. The Youhu tribe leader refused to attend a dinner hosted by Qi. Qi saw this as a rebellion against his rulership and went on an expedition against the tribe, which ended in Qi’s victory and stabilized the Xia Dynasty’s regime. However, Qi did have shortcomings that affected his leadership; he was addicted to drinking and led a life of pleasure.

After Qi’s death, he was succeeded by his son Tai Kang. Tai Kang indulging in debauchery and ignoring his political duties enabled Houyi, leader of the Youqiong tribe, to seize the opportunity and become the new leader. Houyi was later assassinated by his ministers. The Dynasty went through a period of struggle until Shaokang, a great-grandson of Taikang, became the new ruler.  The final ruler, Jie, was overthrown by the Shang dynasty.

The Xia Dynasty produced sophisticated metalwork. Bronze was employed for art and weapons. It also played a crucial role in ancestor worship. The craftsmanship was later passed to Shang Dynasty, where it advanced remarkably.

In addition to metalwork, Chinese lacquerware, a decorative technique to apply many coats of lacquer to wood, bamboo, or metal, originated during the Neolithic era. It was first created with the intent to act as a waterproof. Originally raw lacquer was mixed with charcoal or iron and produced black, red, and yellow lacquers. During the Xia Dynasty, special pigments were added to enrich the color palette. Thanks to lacquer’s characteristics of protection, vessels and wine cups have been excavated in perfect condition from different locations to better help study the era.

The Decline of The Xia Dynasty

The 17th and last ruler of the Xia Dynasty was Jie. Jie was regarded as a tyrant infamous for cruelty and ill-advised political conduct. The collapse of the Dynasty is seen to be caused by his wrongdoing. His ruling was marred with sex, negligence, and other lavish indulgences. Jie was known for consuming large amounts of alcohol and eliciting erratic behavior. While drinking, for example, he liked to ride on other people’s backs as a horse. He would execute people left and right if they were incapable of following his unreasonable orders; one of whom was a chancellor who had asked Jie to spare him when Jie rode him like a horse while drunk.

As per the legend, the behavior of Jie’s concubine Meixi accelerated the fall of the dynasty. Jie built a palace for her and spent his time drinking and indulging with Meixi in cruel pleasures. At one point, he set up a lake of wine, and Meixi asked three thousand men to drink from the lake till it was dry. As the men became drunk, they fell and drowned, a tragedy that Meixi and Jie found entertaining.

Along with his tyrannical actions, Jie made enemies with his people especially after killing several patriotic ministers. Meanwhile, Tang Shang from the Kingdom of Shang grew in power. Shang won several battles against Jei, weakening the influence of Xi. By the 31st year of Jei’s reign, Shang defeated Xi in the Battle of Mingtiao. After the battle, Jie fled and was overthrown, paving the way to the rise of the Shang Dynasty.

By the mid-20th century, some direct evidence was found to support the existence of the Dynasty. An archaeological dig found proof of a catastrophic flood near the Yellow River valley in China from 4,000 years ago. This confirms the chronological events of Xia Dynasty legend, as it all started with a Yu who tamed the Yellow River flood. A team of scientists collected ample indirect evidence from ancient texts, relics, and skeletons in cave dwellings. After a decade of research elaborates on the findings, geologist Qinglong Wu published a paper in 2017 detailing the results of his work.

Other official efforts were made to reveal the truth behind the Dynasty.  In 1996, the Chinese government sponsored the Chronology project Xia-Shang-Zhou. The project’s objective was to unearth evidence and make the history of Ancient China. They also aimed to develop a chronological table of the Three Dynasties: Xia, Shang, and Zhou. After four and half years of multi-disciplinary intense work, there were strong indicators of the existence of the Xia Dynasty. The research approach was to examine the authenticity of astronomical phenomena and events at the time of the dynasties, including the Oracle Bone inscriptions through examining calendar and astronomy records, investigating sites and remains, and observing astronomical phenomena.

Despite the efforts, the project was faced with critique from scholars debating it was influenced politically. Xia Dynasty remains a forceful legend with strong indications of its existence but with no tangible proof of its actuality. While the Xia Dynasty’s existence is complicated to prove, the waves of innovation and cultural advancement that followed the Dynasty are undeniable. The Xia Dynasty was certainly an evolutionary stage between the late Neolithic era and the beginning of the typical Chinese urban civilization with the rise of the Shang dynasty. 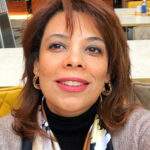 By Wessam SamieMBA Marketing, MA ScienceWessam is a Science professional with a passion for history, anthropology, and heritage. She earned an MBA degree from AAST. In her spare time, Wessam enjoys reading and writing about history-related topics.

The Cleromancy of the I Ching: How Does It Work?