The Frankfurt School had a vast influence on sociology in the 20th century. Its members had impressive journeys that led to the development of crucial ideas; these are six of those journeys.

Critical Theory is a rather broad term, and its origins and goals are just as broad. In short, it is a philosophical field that is related to sociology and the study of societies writ large. Its origins are related to a particular group of German philosophical theorists who differentiate Critical Theory from regular or more traditional theories of sociology by their goals and applications. Known as The Frankfurt School, they were a collection of intellectuals and scholars who came together in the interwar period of Germany. It was a volatile period, to say the least.

The Frankfurt School and Critical Theory

The Frankfurt School was originally called The Institute for Social Research. Later becoming an enemy of the rising Fascism of Germany, most of its scholars were required to flee. Even with this unfortunate circumstance pressed upon them, the work that these individuals produced still has a huge impact on the field today.

Of all of these scholars, there are six whose critical theories have had a more lasting impact and influence. Some names you may recognize, others you may not, but all of them produced influential ideas and went through astonishing intellectual (and even actual) journeys.

Jurgen Habermas had a very different perspective from some other individuals in the Frankfurt School. Being born in 1929 he was still a youth during the rise of fascism; because of this he is considered to be a later addition to the Frankfurt School, a second-generation scholar. Habermas’ father was a Nazi-sympathizer during the rise of fascism in Germany. Habermas was put into the Hitler Youth organization. Habermas grew up with a speech impediment due to being born with a cleft lip; in his later life he was thankful for this, as it provided him with a unique insight into the importance of speech and language.

By the time Habermas completed his primary education and began pursuing his secondary education, World War II was over. Habermas had completely turned away from the ideology of the Fascist regime. His study under Max Horkheimer and Theodor Adorno, both members of the Frankfurt School, led him to turn to Critical Theory and Social Marxism.

Habermas became a world-renowned scholar with his critique of knowledge concerning human interests. He categorizes these into three separate categories; practical, instrumental, and emancipatory knowledge. There still is some debate on how independent these are of each other, a debate that Habermas is still willing to have. He is still active in academic life at 92 years old. Habermas’s primary work is a book entitled The Theory of Communicative Action; he has the privilege of being listed as one of the most referenced authors in humanities-related papers today.

Claus Offe was one of the students of Jurgen Habermas. He was born in the middle of World War II in Berlin and focused on becoming a political sociologist. Studying under Jurgen Habermas, Claus Offe became famous as a proponent of universal basic income (UBI) in its European form. He was a founding member of the Basic Income European Network (now renamed as the Basic Income Earth Network).

His work Basic Income and The Labor Contract uses the philosophical understanding of the social contract to create a critical theory of the labor contract that should be upheld between a government and its working-class individuals. In Offe’s opinion, universal basic income should operate slightly different than simply getting a check at your door every month. To Offe, this mechanism should be more dynamic, which means that it should be possible to increase or decrease the amount of UBI relative to the needs of the society implementing it.

Axel Honneth was another of Habermas’s students. He is a second-generation Frankfurt School scholar and was even the director of the school in the first two decades of the 21st century, recently leaving the position. Axel Honneth grew up in post war Germany, studying and receiving his Ph.D. in Berlin. His work ranged from sociology to philosophy, and he even held the Spinoza Chair of Philosophy in Amsterdam at one point in his life. He currently is a professor at Columbia University.

Honneth’s work on recognition is his most famous contribution to philosophy. Taking an approach similar to Hegel, he deems that growth and consciousness form from the recognition we have of each other. This recognition could be defined as a form of empathy and because recognition is primary to cognition it is one of the most fundamental ways by which we can understand one another.

Oskar Negt is one of the members of the Frankfurt school whose life was severely impacted by what happened during World War II. Negt’s father was a member of the Social Democratic Party during the rise of Hitler and his Fascist constituents. Though his father worked hard for the party, eventually he was forced to flee Germany after the war. This turn of events would go on to shape Negt’s understanding of society and his ideas on the importance of liberation.

During the war Oskar Negt, a child at this point, was separated from his family by the invasion of the Red Army. He and his siblings were sent to Denmark to an internment camp where he spent the next two and a half years of his life. Finally, after the end of the war and the closing of the internment camp, Oskar Negt was reunited with his parents, though they were returned – destitute – to Eastern Germany. Negt’s father still faced much backlash due to his ties with the Social Democratic Party. Eventually, the family had to take the risk of crossing the notorious Berlin Wall. For nearly another year he and his family were refugees in an internment camp, making it difficult to live a normal life. Next was nearly an adult before he was able to seek schooling and occupation for the first time.

This very crucial time of development and education was taken from Oskar Negt. His newfound vigor for education and understanding of how social structure could have such a deep impact on people’s lives brought him to higher education and The Frankfurt School. His critical theory, based largely around the concept of domination and liberation, was clearly inspired by personal experience.

Theodor Adorno was one of the great minds of the Frankfurt School. He was already a member of The Frankfurt School at its very inception in the 1920s and 1930s. In the 1930s the Institute for Social Research at Frankfurt, which would eventually become The Frankfurt School, was labeled as a group of public dissidents and its members were listed as wanted by Hitler’s political faction; among them was Adorno.

Adorno was labeled as having partial Jewish descendants from his father’s side, and thus as being a non-Aryan. He sought refuge at Oxford University as a Ph.D. candidate. He never completed this Ph.D. program there and transferred to Frankfurt’s Institute for Social Research, which had been relocated to New York in 1934. Adorno despised his time in the United States reportedly feeling as if being cast out from his own home – an understandable feeling when the society he had grown up in turned against him so violently. Not all of Adorno’s colleagues made it to the United States. Specifically, Walter Benjamin died in his attempted escape from Germany. This struck Adorno hard as he was very close with Benjamin and had been providing living expenses for Benjamin to continue his work and survive in the last five years of his life.

Adorno was the teacher and mentor to many of the second-generation Frankfurt School Scholars. He took extra time during the remainder of his life to ensure that they had enough to live on and to help them elaborate on their work by reviewing and critiquing it continuously. His care and dedication to Critical Theory, owing to the impact it had on him and his closest friends, lasted until he passed away in 1969. Thankfully he was able to return to Germany as soon as the War was over. Bringing The Frankfurt School back to Germany was a great victory for these philosophers, who finally found the happiness they couldn’t achieve in their exile.

Theodor Adorno’s work helped differentiate The Frankfurt School from the traditional Marxists of the time. Their problem with several of the premises and perception of social phenomena is the key difference between them. You can see much of this in Adorno’s voluminous works ranging from the philosophy of music to the philosophy of morality.

Max Horkheimer was slightly older than Adorno, but came to the Institute of Social Research, (which would go on to become the Frankfurt School) in the late 1920s. By 1930 Horkheimer was named Director of The Frankfurt School. He was in this position when Hitler took control in 1933, becoming Chancellor of Germany, and when he labeled the School as political dissidents.

Max Horkheimer grew up in an orthodox Jewish family who were prominent business owners. This caused problems for him during the rise of fascism, as Nazis began identifying and abducting Jewish families. Horkheimer and other notable members of the Frankfurt School had designed a plan to flee Germany in case the worst was to happen. Horkheimer met with the President of Columbia in New York to propose temporarily housing the school in the USA. Horkheimer believed he was going to have to go to many schools to find one willing to agree to house the exiled school of Critical Theory. Fortunately, The President of Columbia University agreed immediately, even granting them a building to use for their research. The Frankfurt School had a home again thanks to Max Horkheimer’s efforts. Horkheimer also spent time in California with Adorno where they collaborated on a book entitled “Dialectic of Enlightenment”, which went on to become one of their most renowned works.

Horkheimer also became a board member of the American Jewish Committee, where he helped do groundbreaking research into prejudice in society. These studies were published in 1950 and continue to be regarded as seminal works in sociology.

The Lasting Impact of The Frankfurt School

The Frankfurt School and its breakthroughs in sociology and within Critical Theory were incredibly impactful. With the help of these six individuals and their colleagues, more than one hundred years of influential academic work have taken place. The struggles of each of these academics led to research that has helped us understand how society can turn on those within it. Keeping an eye on these social processes is crucial in order to ensure that these sorts of terrible atrocities do not find their place in the 21st century.

Some of these theorists and philosophers are still in academia today and their legacy is being inherited by a new generation. Over the next several decades, we can look forward to a possible third generation of The Frankfurt School. How will media and ideologies involving mass information and human development impact Critical Theory? More mechanisms influence our society than ever before, and therefore a more thorough review of what is happening and how it impacts us will certainly be needed. One thing is sure: interesting times are ahead. 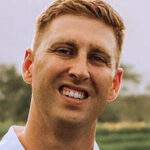