HomeAnswersDid You Know These 6 Fun Facts About the Angel of the North?

Did You Know These 6 Fun Facts About the Angel of the North? 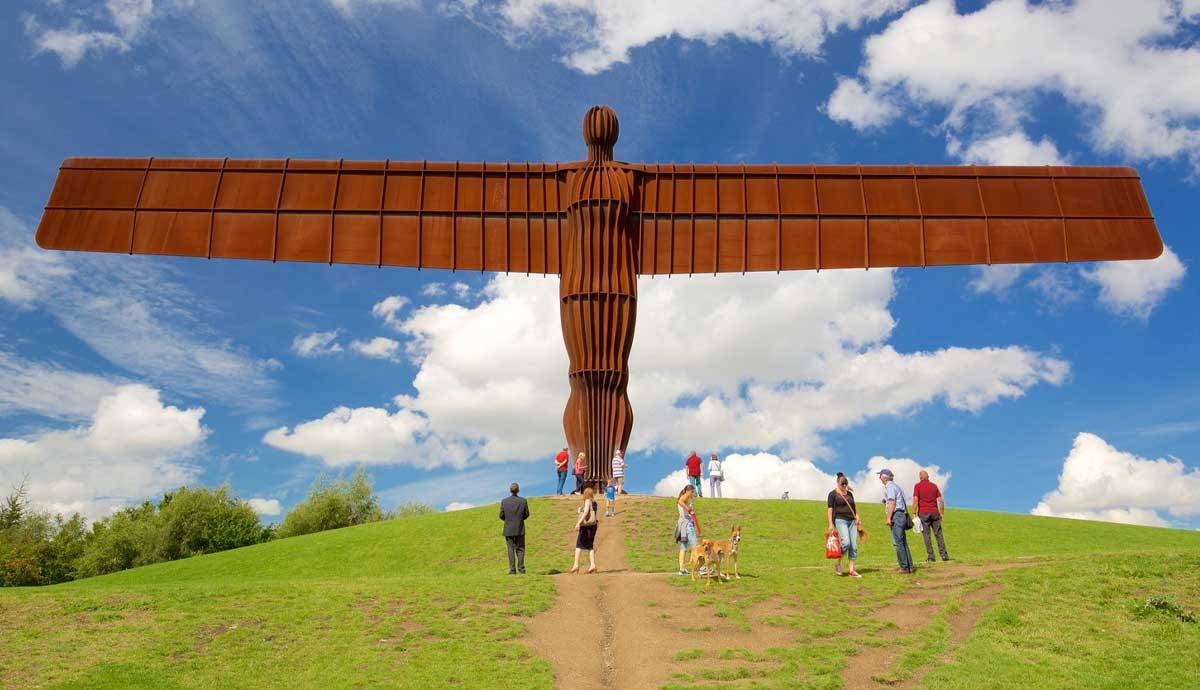 In 1998, the great British sculptor Antony Gormley made his most iconic contribution to the history of art so far: a colossal landmark titled The Angel of the North. This vastly scaled angel sculpture is set in a large stretch of land near Gateshead in England. In the years during and after its completion The Angel of the North attracted huge amounts of international press interest, and it has gone on to become one of the most important public artworks of all time. Its instantly recognizable silhouette looming across the British skyline holds special significance for the people of Gateshead, as well as the thousands of visitors who flock to see it every year. We look at some of the most fascinating facts surrounding Gormley’s angel, and the reasons why it is so significant today.

1. It Is the Largest Angel Sculpture in the World

No angel sculpture in history has measured up to the sheer size of Gormley’s monumental structure. In the same vein as New York’s Statue of Liberty and Rio’s Christ the Redeemer, Gormley wanted to make a huge, enduring icon, so the bigger, the better. The Angel of the North has a wingspan that is 54 meters wide, bigger than a Boeing 757 or 767 jet and almost the same as a Jumbo jet. Meanwhile, its body is 20 meters high, as tall as four double decker buses, or a 5 storey-building.

Gormley made his angel from Cot-ten steel, chosen for its highly durable, weather-resistant surface. Amazingly, he used enough steel to make 16 double-decker buses. Collectively, the weight of all this steel was around 200 tons. The wings are 50 tons each, and the body is 100 tons.

3. The Angel of the North is Anchored 20 Meters into the Ground

It was Gormley’s intention that his sculpture would stay in place for a considerable length of time. After extensive research into construction methods and building materials, Gormley designed a public artwork that was built to last for more than 100 years. It is over 20 years since the sculpture was first unveiled to the public, and it still stands as strong as ever today.

Incredibly, some 330,000,000 people see The Angel of the North every year, making it one of the most exposed sculptures in the entire world. Some of these people are visitors who flock far and wide to sit at the angel’s feet and marvel at its wondrous presence in the landscape. Other viewers are passers-by, travelling by road or rail through the nearby countryside and glimpsing its inimitable profile silhouetted against the sky, arms outstretched along the horizon.

It cost Gormley and the Gateshead Council around £800,000 to create The Angel of the North, including the price of materials and the manual laborers who worked tirelessly to install it in place. But perhaps even more surprisingly, Gormley made several maquettes in preparation for the angel, which are worth way more than that – one recently sold at auction for an incredible £3.4 million in 2011, proving just how legendary his angel has become over the years.