The Abbasid Caliphate: 8 Achievements from a Golden Age

The Abbasid Caliphate emerged from the collapse of the Umayyad Dynasty in 750. Its reign saw numerous great achievements that sent Islamic civilization to its golden age. 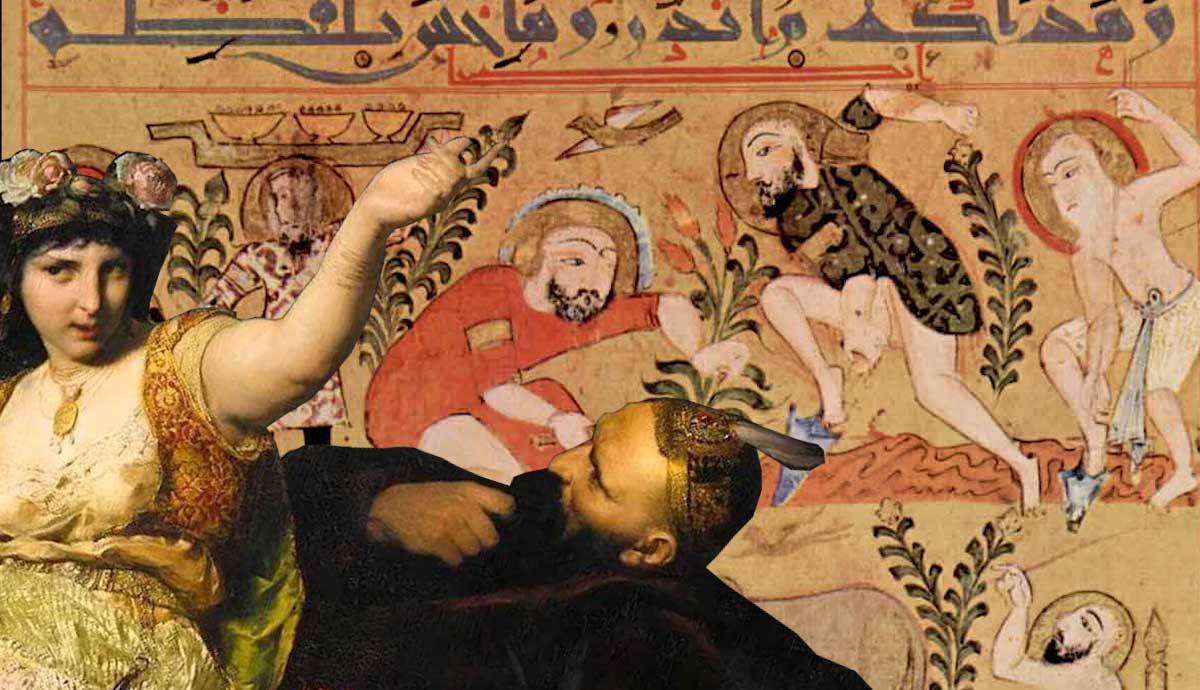 In the year 750, the Abbasid Clan, led by Abu-Al-Abbass A-Saffah, aided by the Hashimiyya Movement and Shia Muslims, brutally overthrew the Umayyad Caliphate.

The remnants of the Umayyad Dynasty took refuge in Al-Andalus in modern-day Spain. They established an independent emirate, while Berber tribes independently ruled in modern-day Morocco and Algeria. Despite that, the newly-established Abbasid Caliphate dominated most of the Muslim world. The latter, after brutally suppressing potential opposition, quickly built a state that remained a major powerhouse in the Middle East for centuries to come.

The Abbasid Dynasty, alongside Al-Andalus, greatly contributed to the development of the Islamic Golden Age, especially through the direct promotion of arts, philosophy, and scientific progress. Here is a list of the 8 main achievements realized under the Abbasid Caliphate.

Non-Arab populations were among the main supporters of the Abbasid Dynasty. While the Abbasids themselves were descendants of the Arab clans of Mecca, their policies were careful to give importance to converts from other ethnicities and religious minorities.

It was in this spirit that the capital was moved from Damascus in Syria to Baghdad in Iraq in 762. This move aimed to keep the Abbasids close to their Persian support base. Moreover, the Caliph’s court was open to all the Muslim ethnicities that composed the empire. In that regard, it is worth noting that bureaucracy was given to Persians, who got their inspiration from the Sassanid Empire, to remodel the governance of the Islamic Empire.

The promotion of inclusivity contributed greatly to internal peace and stability. Such policies allowed the development of a strong military, good education, and, most importantly, encouraged the proliferation of trade relations with other major powers. Thus, Baghdad became a major trade center that attracted merchants from as far as Western Europe, China, and the African Horn.

With time, these inclusive policies were spread to non-Muslims, and many Christians, Jews, and Zoroastrians rose to high positions in politics and commerce.

2. The Construction of Baghdad

Besides creating an inclusive society, the Abbasid Dynasty supervised numerous impressive architectural projects. One such project was the construction of the new capital of the Caliphate: Baghdad.

The project was launched by the second ruler of the Abbasid Caliphate, Al-Mansur. He chose to build the city on the Tigris River in order for it to be on the crossroads of caravans going on the Silk Road, from North Africa and Europe towards China.

The construction started in the summer of 762 and lasted five years. The project mobilized more than 100,000 workers, including architects, masons, and builders. The city was given a circular form and was fortified by two walls that circled the town. It is said that Baghdad was the first round city of its kind in the Middle East.

Soon after its completion, the new capital lived up to the ambitions of Al-Mansur and became a major center for trade, culture, and science. At its height, Baghdad counted more than 1.5 million inhabitants.

3. Dominance Over the Silk Road

The Silk Road was the network of trade routes that linked China to Europe. Most of these routes went through the Middle East. As early as the era of the Rashidun Caliphate, this rich network had been in the hands of the Muslims. However, the lack of stability at the time of the Umayyad Caliphate did not allow for the development of important trade centers in the Islamic Empire.

The Abbasids changed this by building Baghdad at the center of the Silk Road. This central position allowed the new caliphate to attract merchants from China, the Frankish Lands, the Byzantine Empire, India, and Ethiopia. This major influx of trade brought in large tax revenue, which contributed greatly to numerous public works and the development of a strong regular army, which allowed the Abbasid Caliphate to defend the heart of the Silk Road.

By the time of Al-Ma’mun’s reign in the early 9th century, the Abbasid Caliphate was one of the world’s richest and most developed empires.

Abbasid rule also saw the emergence of great intellectuals such as Al-Kindi, Al-Farabi, and Ibn Sina, better known as Avicenna in the West. One of the main contributions of these intellectuals is the translation of writings by Greek philosophers into Arabic. Later on, these translations were used by Western intellectuals and contributed to the European Renaissance in the 14th, 15th, and 16th centuries.

But Islamic scholars did not limit themselves to the translation of foreign documents. They contributed significantly to the development of later schools of thought, such as existentialism, while basing themselves on a very progressive and daring reading of the Quran and religious texts. The rapprochement of ancient philosophy with Islamic religious teaching was one of the key challenges for Muslim philosophers.

These same philosophers contributed greatly to other fields, such as medicine, mathematics, physics, and chemistry. By the 14th century, most of their treatises were translated into European languages.

The Abbasid Caliphs were patrons of several scientists that contributed greatly to technology, mathematics, chemistry, and physics.

Al-Khawarizmi’s Compendious Book on Calculation by Completion and Balancing is an important discourse on algebra. Al-Khawarizmi’s work also contributed to popularizing the use of Arabic numerals worldwide. It said that the term “algorithm” is derived from his name.

Ibn Al-Haytham, known in the West as Alhazen, contributed greatly to the field of optics. He is also known for his approach to experimentation.

Medicine occupied a prominent place in Islamic society. It is said that at its peak, Baghdad counted more than 800 doctors. Avicenna, known for his philosophical work, is also revered as a great doctor who produced two encyclopedias in the field: The Canon of Medicine and The Book of Healing. Moreover, Al-Kindi, another philosopher, is also known as one of the earliest doctors to distinguish between “body illnesses” and “mental illnesses.”

Finally, the Golden Age of Islam produced numerous astronomers, such as Al-Battani, who improved the measurement of the precession of the Earth’s axis. Muslim scholars further developed the Greek astrolabe and contributed greatly to modern navigation.

6. Literature in the Abbasid Caliphate

Contact with China introduced paper to the Islamic Empire. Fascinated by this technology, Arabs built a first paper mill in Samarkand, modern-day Uzbekistan. This factory was then moved to Baghdad, where books and literature flourished. The capital of the Abbasid Caliphate was renowned for its prosperous paper industry and libraries.

Arabic poetry and literature reached their height during the era of the Abbasid Caliphate. The five centuries of Abbasid rule were the time when great works of fiction such as One Thousand and One Nights (also known in English as Arabian Nights).

In addition to this collection of stories, poetry was incredibly popular during the Abbasid Caliphate. Under the patronage of caliphs and governors, numerous poets rose to prominence in the courts of Baghdad and the provincial capitals. Among them, we count Abu Tammam, Abu Nawas, and Al-Mutanabbi.

The main technological achievement of the Abbasid Caliphate was the introduction of paper from China, which slowly spread to the rest of the Muslim world before reaching Europe in the 10th century. Gunpowder was also an element brought from China, and scholars from the Abbasid era managed to develop the first formulas for explosions.

The Abbasids also made great progress in terms of irrigation, introducing the first windmills. In addition, Muslim engineers developed machines that allowed the mechanizing of certain aspects of agriculture. This, in turn, led to an increase in production, which further contributed to the empire’s food security, prosperity, and stability.

Navigation was another field of specialty of Muslims of the Abbasid Caliphate. Arab navigators dominated the seas from the Mediterranean to the Indian Ocean. Arab ships were considered the top of navigation technology. The Island of Hormuz in the Persian Gulf was an important place for navigation technologies and was in the middle of trade sea roads connecting the Middle East to India and beyond.

8. The Baghdad House of Wisdom: The Jewel of the Abbasid Caliphate

During the reign of Caliph Al-Mansur in the 8th century, a great library was constructed in the middle of Baghdad. This library, known as the Baghdad House of Wisdom, continued to be developed and enriched with books and scholarly works until the late 9th century.

This library contained books of all origins, from ancient Greek treatises and stories to texts from India, China, and Ethiopia. Moreover, this library covered fields such as philosophy, medicine, mathematics, astronomy, and so on. At the time of the Caliph Al-Ma’mun, diplomatic missions were tasked with gathering books from different countries in order to translate them at the Baghdad House of Wisdom.

The development of the library stopped in the times of Caliph Al-Mutawakkil in the late 9th century, when more rigorous religious movements started replacing the progressive Mutazilites, who had deeply sponsored this scientific and cultural growth. But despite the Caliphs slowly turning away from knowledge, the Baghdad House of Wisdom remained a major destination for scholars all over the known world until its destruction.

In 1258, the library was burned in the aftermath of the storm of Baghdad by the Mongol troops of Hulagu Khan, grandson of Ghengis Khan. Alongside the burning of the Great Library of Alexandria, the destruction of the Baghdad House of Wisdom is considered a major tragedy in the history of science.

When Did The Reconquista End? Isabella and Ferdinand in Granada