HomeArtWho Was Aldo Rossi, The Architect of Teatro Del Mondo?

Who Was Aldo Rossi, The Architect of Teatro Del Mondo?

Aldo Rossi, the architect of Teatro Del Mondo, was a leader of the architectural movement La Tendenza and one of the most influential theorists.

Aldo Rossi was an Italian architect and designer who accomplished the unusual feat of international recognition in three distinct areas: theory, drawing, and architecture. His theoretical and practical work made him an influential name in the second half of the 20th century. Rossi is considered one of the founders of the Neo-Rationalist movement known as “La Tendenza.” In his Teatro Del Mondo, for the Venice Biennale of 1979, he created his career’s most imaginative building. Ada Louise Huxtable, an architectural critic, described him as “a poet who happens to be an architect.” In this article, we’ll find out the poetic and imaginative side of Aldo Rossi, the Neo-Rationalist architect of Teatro Del Mondo!

Who was Aldo Rossi?

Aldo Rossi (May 3 1931- September 4 1997) was a significant figure of the architecture of the 20th century‘s second half. He was born on 3 May 1931 in Milan, Italy, and graduated from Polytechnic University of Milan in 1959. Although he was a famous architect, he earned a lot of fame as a theorist, author, artist, and teacher.

He started writing while studying architecture in 1955, and by 1959 he had become the editor of an architectural magazine named Casabella-Continuità and served this post until 1964. Even though Rossi started his professional career as an architect in 1963, he deviated from his current career to the teaching profession serving as an architecture professor at different institutes in Europe and the USA.

In 1965, he published his book The Architecture of the city, which became highbrow architectural literature. In 1981 Rossi published his second book, entitled A Scientific Autobiography. Rossi’s work was based on the rereading of rational models, such as Giuseppe Terragni’s 1920s Italian modern movement and the “logical system” of the works of Boullée, Ludwig Mies van der Rohe, and Adolf Loos. Correlations have also been drawn between Aldo Rossi’s drawings and Giorgio De Chirico’s metaphysical paintings.

In 1990 Rossi became the first architect from Italy to win the highest award of the architecture field, the Pritzker Prize.

With Teatro Del Mondo in Venice (1979), considered one of “the most significant works of recent decades and the one that best expresses the thesis, with illuminist and rationalist roots, of the urban and civil function of architecture,” Rossi became a key figure in contemporary architecture.

In 2010, the Venice Biennale organized an exhibition in his honor, called “La Biennale di Venezia 1979-1980. The Theatre of the World “singular building.” Tribute to Aldo Rossi “marking the 30th anniversary of the creation of his Teatro Del Mondo (Theatre of the World).

In the ’60s, the Milanese architects Aldo Rossi and Giorgio Grassi laid the foundations for the architectural thinking of the last third of the 20th century in Europe. The Italian Tendenza (trend) emerged from the theories of the 1960s. Its relationship to the rationalist movement of the 1920s was ambiguous, and it developed a critical attitude towards post-war urban planning. The starting point of their thinking was the review of the city beyond the strict, regulatory conditions. The Italian Neo-Rationalists’ main issue was integrating new buildings in cities – monuments.

The Neo-Rationalists restored the street’s logic and scale, the square, and the building block, which characterized the historic European cities from the Middle Ages and the Renaissance until the 20th century. As Manfredo Tafuri characteristically states in the “History of Italian Architecture 1944-1985”, Italian Neo-Rationalist practice managed to shift “from uncontrolled constructions to the proper management of urban space, to the reuse of existing shells, to the design at various scales and morphological games.”

Rossi’s contribution to the development of La Tendenza‘s ideology was crucial. His theoretical thinking greatly influenced the logic of its architects. The introduction to Rossi’s book “The Architecture of the City” summarizes the basic idea of the Neo-Rationalists:

Aldo Rossi And The “Analogue City”

Aldo Rossi’s “Analogue City” design-collage proved that a city could be depicted using basic concepts of historical memory and time. “Analogue City” was a complicated process with a surreal basis. It started from realistic elements of the city and sought to construct a new reality using proportions.

Aldo Rossi presented in his book “The Architecture of the City’, on the one hand the “Real City,” which had a specific form and referred to a particular place and time. On the other hand, he introduced the “Analogue City” which proposed a different reality based on memory. What does this mean? It means that the “Analogue city” was the city of memory, the experienced city, and there can be no real space for it. The architect presented it in a collage, in 1976, with influences from the past.

The concept of “Analogue City” includes two types of transformations: firstly, the geographical alteration of space and secondly, the scale dissolution of time.

To explain the geographical transformation of space, Aldo Rossi used Canaletto‘s perspective plan of Venice as an example. This timeless composition presents three works by Palladio (Ponte di Rialto, the Basilica of Vicenza, and the Palazzo Chiericati). These three Palladian monuments, none of which are actually in Venice (one is a project; the other two are in Vicenza), constitute an analogous Venice. The artist depicts them in one place, giving the impression that he captured the city’s natural landscape. These monuments’ geographical transfer creates a familiar city, which does not really exist. Canaletto placed Palladio’s architecture in a collage and created an image of a Venice that is analogous to the real one.

The second transformation defines the dissolution of time’s scale. With this transformation, a single building can be referred to “by analogy” throughout the city. Rossi’s scale is insignificant because he believed that its meaning and quality do not reside within the different scales but its real constructions.

The architect used Diocletian’s palace in Split, Croatia, as an example to explain this idea. The palace was abandoned after the departure of the Romans for several centuries. Then, the city’s inhabitants built their houses and workshops inside the palace. Indeed, an entire palace was transformed into a city, which fully demonstrates Rossi’s idea of ​​the different functions that a form can accommodate over time. Ultimately, it is the idea of time as a memory that connects things belonging to different scales and heterogeneous environments.

The theater, in which the architecture serves as a possible background, a setting, a building that can be calculated and transformed into the measurements and concrete materials of an often elusive feeling, has been one of my passions.
Aldo Rossi

Teatro Del Mondo, or “Venetian Theater,” was built by Aldo Rossi in 1979 for the Venice Biennale (1980). It was a temporary floating theater, anchored at the Punta Della Dogana and then sailed across the Adriatic and Dubrovnik after it was dismantled.

Associated with the Italian Neo-Rationalist Tendenza, Aldo Rossi’s work employs archetypal forms to re-establish a connection with the urban environment’s collective memory. Its structure expresses the concrete certainty of inert matter against the fluid, watery agitation of life around.

Through his many drawings for the theater, Rossi analyzed and condensed the Venetian identity. He managed to present the theatre’s physical, geographic, architectural, and mythical reality. The building’s form includes a conical dome, and a composition of basic geometry, often seen in all his designs.

Teatro Del Mondo is based on different proportions. The plans’ organization can be compared to those of small amphitheaters and the Roman Theater. The form of the theater is reminiscent of older works of the architect.

It is not the first time he has been involved in theater. Aldo Rossi first expressed his idea for memory through the work of “Teatrino Scientifico: (1978) or “Scientific Theater.” The “Teatrino Scientifico” was a small temple, reminiscent of a small house, which had a gable with a clock, which was permanently stopped at 5 o’clock. Rossi used it to experiment and placed his architectural works inside, as permanent or moving sets.

Aldo Rossi, having developed a theory of architecture in “Architecture of the City,” turned his ideas for buildings into this “Scientific Theater” and captured a thematic microcosm that continues to update his works. The space of representation coincides with the representation of space. “Rossi is trying to convince himself of this, through this metaphysical theater.”

The “Teatro del Mondo” is reminiscent of images by Giorgio de Chirico and Mario Sironi. Generally inspired by the urban landscapes of Italian painters, Aldo Rossi produces haunting images in which his buildings in the city shrink. He argued that a city must be studied and valued as something constructed over time, for example, the urban artifacts that withstand the passage of time. Aldo Rossi held that the city remembers its past and uses that memory through monuments. “Monuments give structure to the city.”

The Teatro del Mondo belongs to Rossi’s trilogy, consisting of the elementary school in Fognano Olona (1972), which has as its analogy life and especially the kindergarten and the cemetery in Modena (1971), which has as its analogy death. As a later work of the previous two, the floating theater refers by analogy to the stage between life and death. The architect supports the conception of the ancient Greeks for the theater where it represents «κάθαρσις» (purification) and all stages of life: youth, old age, life, and death.

Teatro Del Mondo corresponds to the two transformations of the “Analogue city”: the geographical alteration of space and, consequently, how a building refers “by analogy” to the whole city. By transforming a building into a floating structure, Rossi managed to realize his idea of transporting monuments. So, he created different collages of Venice, with the difference that they were not designs, like Canaletto’s, but reality (the first transformation of the analogue city).

The theater itself conveys meanings that reference its history, memory, and urban environment. Thus how an individual building is a reference “by analogy” of the whole city (second transformation of the analogue city) can be interpreted.

Teatro Del Mondo managed to be “part” οf the city. It was a fragment that harmonized impressively, on the city’s ridge, with the other buildings. It was a fragment of urban history, a metaphysical image. It was a theater that offered space for spectacle and simultaneously was the same spectacle as other well-known theater buildings (such as the La Scala in Milan or the Paris Opera). In this work, the architect summed up the whole image he had of Venice, “managed to capture its spirit,” as Moneo characteristically states.

Between physical object and image, large-scale model and drawing, this theater creates a blurred vision that makes it hard to read, representing the real in a kind of dreamlike meta-reality. 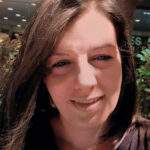