HomeStoriesThe Most Controversial Artworks Of The 20th Century

The 20th century brought new radical ways of expression. From Modern Art and Fauvism, to Cubism and Dada, these are the art pieces that shocked the world. 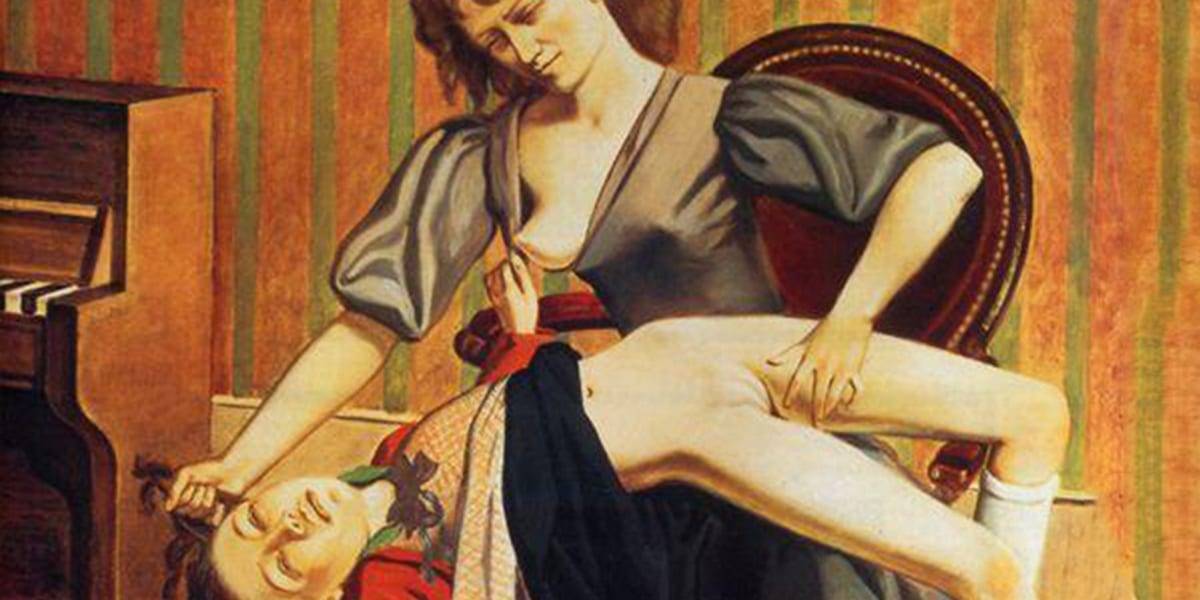 The 20th century presented a radical change from the classical influences of the 19th century Renaissance, not only artistically but politically and socially.

The First and Second World Wars marked a depressing climate, the European Crisis and the Great Crash shocked society at its core. The industrial revolution followed with a rise to new ideas, theories, symbols, and techniques. It shaped many artistic movements we know today – Expressionism and Abstract Expressionism, Cubism, Fauvism, Dadaism, Surrealism and Pop Art, among others. Let’s have a look at the artworks that defined the 20th century.

In 1989, Scott Tyler was just a high school student at the Art Institute of Chicago. There, he presented his first artwork titled what is the appropriate way to display the American flag? The US flag was displayed lying flat on the floor. It was placed in a strategic way so that patrons wanting to read the hanging manual would have to step on the flag.

Several visitors were arrested for outrage and, of course, the artist himself. He was violating the Flag Desecration Amendment. Even President Bush criticized the artwork as shameful, as did many others. However, there were opinions of all kinds. With this work, Scott Tyler wanted to demonstrate the weakness of one important human right: The freedom of expression.

Who does not remember these famous cans of Campbell’s soup? Andy Warhol, perhaps one of the most prominent artists and extravagant figures of the 20th century. He was a compulsive shopper and a hoarder. The addiction could have been the beginning of Pop Art, a colorful and provocative art movement that emerged in the mid-to-late 1950s.

Who thought a simple can of soup could be an artwork? Only Andy Warhol could pull off such an audacious feat. He himself ate this soup daily for 20 years and then incorporated it into art history. Was it as simple as that? In fact, the critics were going insane. How could an artist reduce an institutionalized field like art to a simple visit to the supermarket? However, Pop Art went beyond these ordinary objects and included the themes of the mass culture, those which aligned with the reality of the consumer society.

Yes, this is an artwork, and it was made by the American artist Robert Rauschenberg. It was the year 1953 and the Dutch American artist De Kooning was a legend. He was one of the greatest painters of the Abstract Expressionism movement of that time, his name generated both confidence and fear. One day, Robert Rauschenberg asked De Kooning to have one of his paintings De Kooning did not feel very enthusiastic at first, but then he agreed and gave him one of his most important artworks.

After a few months, Robert Rauschenberg erased the painting and called it his own, Erased De Kooning. Yes, it was blank. But, was it art? As Picasso famously stated, “Every act of creation is first an act of destruction.” The critics were confused, obviously. Rauschenberg’s intention was to attack abstract expressionism and give artistic value to the destruction of one of its artworks. The artwork is now housed in the Museum of Modern Art in San Francisco.

Imagine yourself in 1907 looking at the five nude female figures portrayed in this painting. It is in contrast to the era of rounded and sensual women. Picasso is showing us, five naked prostitutes, in two dimensions from a brothel in Barcelona. An idea that was not well received during its exhibition in Paris.

With its geometrization of form, this painting became the origin of the Cubism movement. After the exhibition, the piece was forgotten in Picasso’s studio for years. It was later exhibited in the early 1920s by Jacques Doucet (a famous French art collector). Currently, you can see Les Demoiselles d’Avignon at the Museum of Modern Art in New York.

Richard Serra is a renowned American sculptor and the creator of one of the most controversial works of the 20th century: Tilted Arc. This massive sculpture was installed in 1982 at the Foley Federal Plaza in New York. Its exaggerated size: a wall of Corten steel, 12 feet high by 120 feet long, divided the square into two parts. The artwork was built within the structure of the site and it was conceived by Serra as a critical piece to ‘redefine’ the square, and not just as a decorative object.

Did people like it? Not even a bit. For those who worked and lived there, the steel wall was blocking the path and they considered it overwhelming and depressing. Indeed, The New York Times described it as one of the ugliest public artworks in the city and some people called it the Berlin Wall of the Federal Plaza. So, after a lot of controversies (including of the most famous art trials in history), the sculpture was cut into three pieces and was removed from the square in 1989. Now, it is safely stored in a storage space in Maryland.

Controversial French painter Balthasar Klossowski de Rola, known as Balthus, is certainly one of the greatest artists of the 20th century. A nostalgic lover of the Age of Innocence, however, lonely and mysterious.

In this disturbing painting, resembling a ‘pietà’, we see a guitar teacher with her young student splayed across her lap with her skirt raised and genitals exposed. The teacher is playing the student like a musical instrument. Her fingers strum the invisible guitar strings inside her thighs. The painting generated quite a lot of discussions. Did Balthus have bad intentions? This painting has changed hands many times but now belongs, to Greek shipowner, Stavros Niarchos.

Think about a photograph of Christ. A crucifix. Now imagine this image inserted in a container full of the artist’s urine. How would you feel? The American artist Andres Serrano created this artwork in 1987. The work created such controversy in the art community. As a Christian, he considered his artwork a religious statement, which shows the ambiguous relationship between the sacred and the profane.

The substance he used was not chosen randomly. He had his reasons, but he claimed nobody ever asked him why. The blood came from Christ, but also the urine in the same way, so there is still a holy component in the idea. Art should always provoke and arouse emotions, and people should not remain indifferent to it. Indeed, this is a clear example.

She is the most evil woman in Britain. The whole world could see her in the exhibition at the Royal Academy of London in 1997. Sensation, as the exhibition was titled, was the collection of Charles Saatchi, it presented artworks made by young artists. One of them was a large portrait of Myra, by Marcus Harvey. A woman who, in the 1960s alongside her boyfriend, raped, tortured and murdered five teenagers, aged between 10 and 17. Their corpses were buried in a moorland near Manchester. Without any doubt, this artwork provoked great outrage in the United Kingdom, and abroad. At the exhibition, the painting suffered damages by the public and it had to be protected with a screen.

The story behind this piece was horrifying. The painting is blurry and pixelated, but on closer examination, those pixels were handprints of a child. Myra was considered to be a pain point in British history, so the negative reaction by the public was understandable. However, is the horrible also worthy of attention?

This painting by British artist Chris Ofili presents a black Virgin Mary surrounded by a collage that resembles butterflies, but they are photographs of female genitals. He painted it using elephant dung, titled it The Holy Virgin Mary which was exhibited in the Brooklyn Museum in 1999.

It was October of 1999 and the English collector Charles Saatchi promoted an exhibition in New York for the Young British Artists movement (YBAs). Among other works of art, the mayor of the city at that time, Rudy Giuliani, had the opportunity to inspect this work. Naturally shocked, he described the painting as sick and disgusting and tried to withdraw the annual grant to the Brooklyn Museum. However, the museum resisted and won the case in court.

This is the urinal that Marcel Duchamp bought, scribbled a fake name ‘R. Mutt’ on the lower edge, put it in a gallery and named it Fountain. It is considered the most controversial artwork of the 20th century because it was just an ordinary object presented as a prestigious work of art.

He sent his artwork to the vetting committee of the Society of Independent Artists, in New York… And guess what? He was not rejected but the urinal was barred from the show. Without any doubt, his artwork criticized the system and the established standards.

By Carmen VargasBA English LiteratureCarmen Vargas works as a writer and editor in her spare time. She is originally from Spain, but currently lives in Switzerland, where she teaches art, history and literature, and enjoys every opportunity to attend a new exhibition.

The Revolutions of 1848: A Wave of Anti-Monarchism Sweeps Europe
By Stephanie Jelks, in Stories
The Habsburgs: A Millennia-Old Dynasty (Part II)
By Ilyas Benabdeljalil, in Stories

What is the Dada art movement?