Abstract expressionism swept through the United States during the mid-20th century and, alongside contemporaries like Jackson Pollock to Mark Rothko, Willem de Kooning. 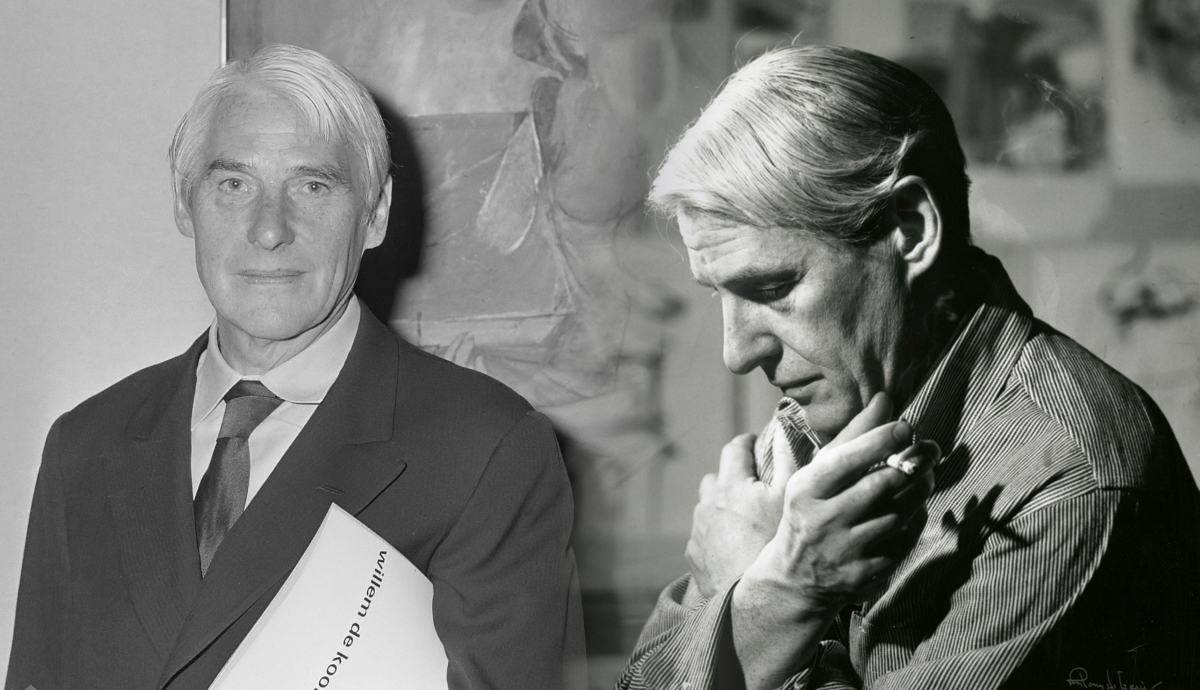 Abstract expressionism swept through the United States during the mid-20th century and, alongside contemporaries like Jackson Pollock to Mark Rothko, Willem de Kooning was able to stand on his own as a renowned painter during this era and is still celebrated today.

From Dutch beginnings and alcoholic tendencies, De Kooning was as intriguing as he was talented. Here, we’re exploring five interesting facts about the painter.

De Kooning was born in Rotterdam, Netherlands, and left school to begin work at only 12 years old. He worked as an apprentice in a design and décor firm and took art classes at the Rotterdam Academy of Fine Arts. Then, at age 16, he started working with the art director of a large department store in the area.

He immigrated to the United States illegally as a secret stowaway on a ship in 1926. Upon his arrival, he worked as a commercial artist in New York, most notably with the WPA Federal Art Project but was forced to resign after two years due to his lack of citizenship.

He didn’t become a citizen of the United States until 1962, 36 years after her first arrived in the country. Two years later, he became the recipient of the Presidential Medal of Freedom in 1964.

His first trip back to the Netherlands was also in 1964, when he was given his first international retrospective exhibition. It was held at the Stedelijk Museum in Amsterdam, and De Kooning attended its opening.

De Kooning Once Said, “Picasso Is the Man to Beat”

When De Kooning was an up-and-coming artist, Pablo Picasso was peaking in fame and prestige. The avant-garde work coming out of Paris during the 1930s and 40s was difficult for new artists in the United States to compete with.

However, renowned art critics like Harold Rosenberg and Clement Greenberg were big De Kooning fans and wrote positive reviews of his work which helped propel his career significantly.

It was during this time in his early career that he completed a series of black and white paintings since it was cheaper than buying colored paints. The pieces would become important benchmarks in Abstract Expressionist history, and he’d revisit the theme later on.

De Kooning was first featured at the Museum of Modern Art (MoMA) in New York in 1936 during the “New Horizons in American Art” exhibition, and he had his first solo show at the Charles Egan Gallery in 1948, where most of these black and white pieces were shown.

De Kooning met Fried in 1938 when he was 34, and she was 20. Both being artists, he was rather harsh about her work, but they would often work and do exhibitions together. They were married in 1943 and had a well-known open relationship where both parties engaged in various affairs throughout the marriage.

In his personal life, the artist also experienced anxiety and heart palpitations, and from the advice of a friend in the 1950s, he began to use alcohol to manage the symptoms. Eventually, both Willem and Elaine struggled with alcoholism which led to their separation in 1957.

Both artists continued to paint and eventually reunited in 1976 after 20 years apart, as they were never officially divorced. Both still struggled with alcoholism for most of their lives.

It’s unclear how much De Kooning’s alcoholism affected his art. He is known for his “muscular” brush strokes and aggressive style. Perhaps his work would’ve turned out differently if he had a healthier relationship with alcohol.

His Popular Motto Was, “You Have to Change to Stay the Same.”

Although De Kooning is most often associated with abstract expressionism, the artist opposed the idea that he had to be part of one era. He did a lot of experimentation throughout his career, which wouldn’t always fit the mold of abstract art.

For example, his now-famous “woman” series of paintings lost him the support of Greenberg as it was seen as a regression in his style with its use of figures. Nonetheless, MoMA bought Woman I only six months after its initial exhibit in 1953.

He was also known to play with the viscosity of the paints he used. He’d mix different kinds of oils, linseed and safflower, for example, or water to change its texture. This often made the paint more slippery and easier to apply with the strong brushstrokes that were his specialty.

It was his constant evolution of styles that confused critics, not sure what to make of him as he went back and forth from abstraction to figuration, which led to De Kooning uttering his motto, “You have to change to stay the same.”

De Kooning Was Friends with Paul McCartney of The Beatles

In 1963, De Kooning moved away from the hustle of New York City to East Hampton, where he would build a studio and home. He was settled in the area permanently by 1971 and rubbed shoulders with quite a few high-profile celebrities who also frequented the area, including Sir Paul McCartney. The two would become friends.

In his later years, De Kooning suffered from dementia which had become quite severe by 1989. Critics are in disagreement about his later work, with some saying his pieces were compromised by his altered mental state. Others argue that, as an Abstract Expressionist painter, the style is intuitive rather than intellectual.

De Kooning painted his final work in 1991 before succumbing to the progression of Alzheimer’s disease on March 19, 1997, at the age of 93.

Abstract expressionism is one of the most important movements to spring out of the 20th century, and De Kooning’s contributions to it are numerous and well-respected. Although he didn’t play by the “rules” and fought demons of his own, the prolific artist is recognized as a major player in modern American art.

5 Techniques of Printmaking as Fine Art