Mark Rothko was an Abstract Expressionist painter famous for his masterful use of color. Here are 10 facts about his life and work. 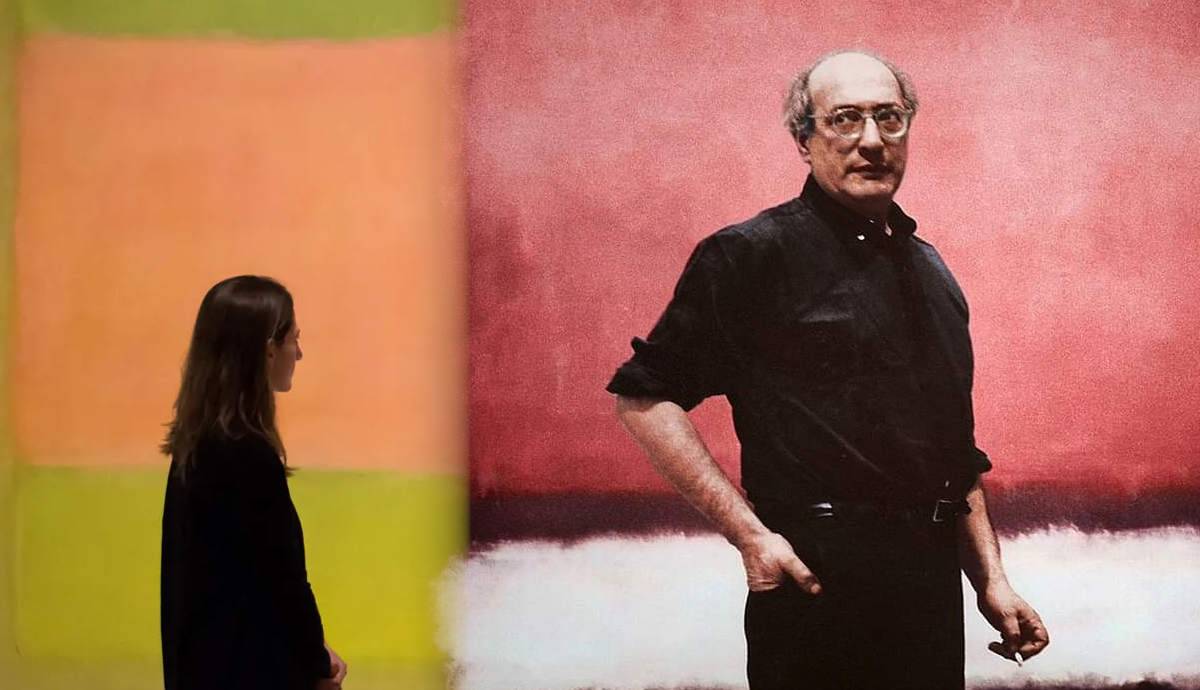 Markus Rothkowitz (commonly known as Mark Rothko) was an Abstract Expressionist painter who was born in Daugavpils, Latvia. At the time, this was part of the Russian Empire. Most of his artistic career occurred in the United States after immigrating at a young age. He is known for his large-scale, intense color-blocked paintings called Multiforms.

10. He Came from a Jewish Family but Was Raised Secular

Mark Rothko grew up in a lower-middle-class Jewish household. His childhood was often filled with fear due to rampant antisemitism.

Even with modest income and fear, their father, Jacob Rothkowitz, made sure that his family was highly educated. They were a “reading family,” and Jacob was extremely anti-religious for most of his life. The Rothkowitz family was also pro-Marxist and politically involved.

9. His Family Immigrated to the United States from Latvian Russia

Mark Rothko’s father and eldest brothers immigrated to the United States for fear of being drafted into the Imperial Russian Army. Mark, his sister, and their mother immigrated later. They entered the country through Ellis Island in late 1913.

His father died soon after. Rothko completely severed ties with religion (his father converted back late in life) and joined the workforce. By 1923, he began to work in the New York City garment district. While he was there, he visited a friend in art school, saw them painting a model, and he immediately fell in love with that world.

Rothko then began attending classes at Parsons – The New School for Design under the direction of Arshile Gorky. This is where he met Milton Avery, the artist who showed Rothko that a professional artistic career was possible.

8. He Changed His Name to Avoid Antisemitism

In February of 1938, Mark Rothko finally became an official United States citizen. This decision was made due to the growing Nazi influence in Europe predicating World War II. Like many other American Jews, Rothko feared that the growing international tensions could provoke a sudden and forced deportation.

This also led the artist to legally change his name. Instead of using his birth name, Markus Rothkowitz, he chose his more familiar moniker, Mark Rothko. Rothko wanted to avoid antisemitic cruelty and chose a name that was not as Jewish sounding.

7. He Was Strongly Influenced by Nihilism and Mythology

Rothko read Friedrich Nietzsche’s The Birth of Tragedy (1872), and it deeply influenced his artistic mission. Nietzsche’s theory discusses how classical mythology exists to save humanity from the terrifying mundanity of everyday, mortal life. Rothko connected this to his art and began to see his work as a sort of mythology. It could artistically fill modern human’s spiritual emptiness. This became his main goal.

In his own art, he utilized archaic forms and symbols as a way to connect past humanity to modern existence. Rothko saw those forms as inherent to civilization and utilized them to comment on contemporary life. By creating his own form of the “myth” he hoped to replenish the spiritual void in his viewers.

6. His Art Culminated in “Multiforms”

In 1946, Rothko began creating large-scale paintings that consisted of blurred blocks of color. These works are considered Multiforms, although Rothko never used this term himself.

These works are supposed to be a spiritual art form. They are completely devoid of any landscape, figure, myth, or even symbol. Their purpose is purely to evoke emotion and personal connection. They accomplish this by taking on a life of their own without direct connection to human experience. Rothko would not even name his works for fear of limiting their potential with a title.

These multiforms would become Rothko’s signature style. He has become synonymous with these works, and they are the mature culmination of his artistic career.

5. Once He Gained Popularity, He Was Considered a Sell-Out

In the early 1950s, Fortune 500 declared that Mark Rothko paintings are a great monetary investment. This led avant-garde colleagues, like Barnett Newman, to call Rothko a sell-out with “bourgeoisie aspirations.”

This made Rothko worried that people would purchase his art because it’s in style, not because they truly understood it. He began to go silent when asked about his art’s meaning, deciding that this said more than words ever could.

After the Abstract Expressionist boom of the 1940s and into the 1950s, Pop Art became the next big thing in the art scene. Abstract Expressionists like Willem de Kooning, Jackson Pollock, and, of course, Mark Rothko were becoming passé at this time. Pop Artists like Roy Lichtenstein, Jasper Johns, and Andy Warhol were now the key art players, and Rothko despised this.

Rothko made it clear that this was not due to jealousy but a vapid dislike of the art form. He felt that Pop Art, specifically Jasper Johns’ Flag, was reversing all the work previously done to further the development of art.

3. His Masterpiece Is Called the Rothko Chapel

Mark Rothko considered the Rothko Chapel to be his “single most important artistic statement.” He wanted to create an all-encompassing, spiritual experience for viewers inside this designated space to view his paintings.

This Chapel is located in Houston, Texas and it is a small, windowless building. The architectural design of the space was chosen to emulate Roman Catholic art and architecture practices. This imbues a sense of spirituality in the space. It was also located in a city far from the centers of art like LA and NYC, making it a sort of pilgrimage for the most interested art viewer.

The final creation is a sort of mecca for abstract expressionism. A viewer can experience the full life his paintings create in a spiritually connected setting just for this purpose. Seats are available for quiet contemplation and inner work.

2. He Ended His Own Life

In 1968, Rothko was diagnosed with a mild aortic aneurysm. Living a healthier life would have increased his quality of life immensely, but he refused to make any changes. Rothko continued drinking, smoking, and living an ultimately unhealthy lifestyle.

As his health decreased, he had to make changes to his style. He could not paint large-scale works without the help of assistants.

Unfortunately, on February 25, 1970, one of these assistants found Mark Rothko dead in his kitchen at 66 years old. He had ended his own life and did not leave a note.

1. His Works Are Extremely Profitable on the Market

Mark Rothko’s works have consistently sold for high prices. In 2012, his painting Orange, Red, Yellow (catalogue no. 693) sold for $86 million dollars at Christie’s. This set the record for the highest nominal value for a postwar painting at a public auction. This painting is even on lists of the most expensive paintings ever sold.

Though not all of his works sell for these astronomical values, they still have value and, given the right circumstances, extremely high values.

What Is the Apollonian and Dionysian In Nietzsche’s Philosophy?

How Did Friedrich Nietzsche Influence Art?