Lewis Carroll’s 1865 novel Alice’s Adventures in Wonderland has inspired artists in many ways since its publication, from Salvador Dalí to Yayoi Kusama. 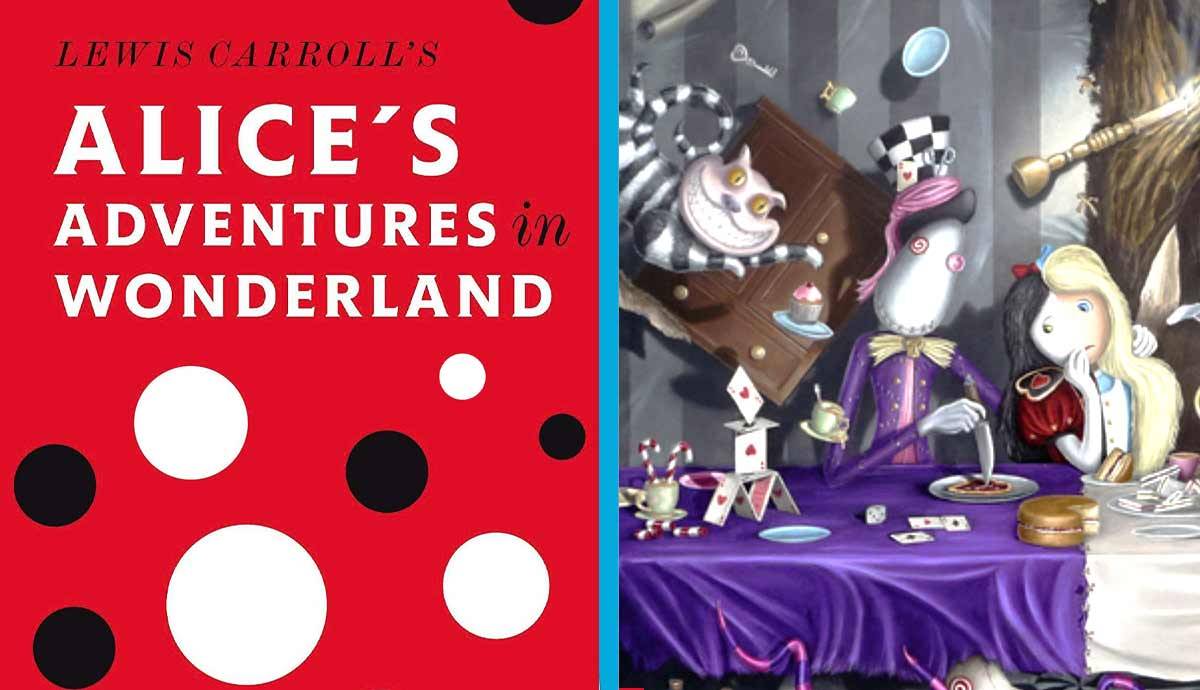 Though it was a children’s novel, Alice’s Adventures in Wonderland remains one of the most recognizable works of Victorian literature to date. Lewis Carroll’s 1865 book tells the story of a young girl named Alice who follows a white rabbit down a rabbit hole, leading her to a fantasy realm called Wonderland filled with anthropomorphic animals and objects. Much of the imagery in the novel is distinct and recognizable, with characters based on suits of cards, a caterpillar smoking hookah, and a Cheshire cat with a mischievous grin. Over the years, the dreamlike imagery presented in the novel has led artists to create their own interpretations of Carroll’s fantastical characters.

Though Alice in Wonderland is ubiquitous in today’s art and culture, it all started in the Victorian period when a man named Charles Lutwidge Dodgson. Dodgson, better known by his pen name Lewis Carroll, published Alice’s Adventures in Wonderland in 1865 after many years of development. In 1871, he published a sequel, Through the Looking-Glass. Carroll originally came up with the Alice stories while entertaining the children of his family friends, the Liddells and the MacDonalds. Carroll produced an initial manuscript, titled Alice’s Adventures Under Ground, complete with hand-drawn illustrations. Many have speculated that the titular character was based on the young Alice Liddell, something that Carroll denied throughout his life.

Over the years, there have been many different interpretations and theories about the world of Alice in Wonderland. Many have pointed out that while the book was intended for children, there is also a surrealist, dreamlike landscape painted throughout the story. Others have suggested that the story has ties to Freudian theory or psychedelic drugs due to the imagery surrounding the cookies and mushrooms Alice eats along her journey. Even darker, many biographers have suggested that the novel originated from Carroll’s sexualization and exploitation of the young Alice Liddell. Though Lewis Carroll was the creator of this tale and produced some of the earliest related artworks, several other artistic interpretations of Alice’s story have taken cultural precedence over these drawings.

Who Stole the Tarts? Salvador Dalí’s Illustrations of Wonderland

Although it was a children’s book, the original story of Alice in Wonderland was striking to many due to its dreamlike, nonsensical nature. In 1969, it seems that the connection between Alice and surrealism was apparent to many, and book publisher Random House commissioned renowned artist Salvador Dalí to illustrate a special edition of the novel. This type of work was not unusual for Dalí as he had illustrated things like cookbook covers and advertisements like the Chupa Chups logo in the past, yet this edition of the Lewis Carroll classic is one of the artist’s lesser-known endeavors. Only 2,700 copies of Dalí’s edition of the book were printed and sold, making it an exceedingly rare piece of work.

Dalí’s edition of Alice’s Adventures in Wonderland is whimsical and surreal as one would expect, though the artist highlighted some darker, more abstract elements of the story in his twelve heliogravures. Who Stole the Tarts? (1969) is one of the twelve works accompanying the story, and it has a darker take on Carroll’s fantastical elements with neon blues, yellows, and oranges contrasting with a starker background. Dalí brought each of Alice’s twelve chapters to life in a different way, though his drawings remain faithful to the nonsensical text.

Yayoi Kusama: A Fresh Take on a Timeless Tale

A more recent illustration of Alice’s Adventures in Wonderland is Yayoi Kusama’s 2012 version. Kusama is a renowned contemporary artist from Matsumoto, Japan famous for her polka dot motif. Much of Kusama’s work is based on visual hallucinations she experienced as a child suffering from a rare condition. In 2012, Kusama published a colorful take on Alice that is a nod to the hallucinogenic undertones of the original work. Kusama’s re-imagining of Carroll’s children’s novel is both playful and serious, and presents a new way of reading and experiencing the story.

A Mad Tea Party (2012) is an example of one of the colorful illustrations included in Kusama’s copy of the book. The artist’s heavily patterned artwork successfully captures the nonsensical playfulness of the children’s novel as well as highlight some of the darker undertones of the story. Kusama’s masterful skill mixed with the impressive versatility of the original text creates a unique reading experience without sacrificing the personality or tone of the story.

Another famous take on the Lewis Carroll novel is that of Ralph Steadman, a British illustrator and political cartoonist. While most artists choose to have a whimsical or abstract approach to the Alice in Wonderland story, Steadman chose to transform the messages and cultural references throughout the work using his art. In 1967, Steadman released his illustrated version of the story which has now been referred to as anarchic and a classic for the modern age.

The main strategy Steadman used to turn Alice into a commentary on pop culture and politics was a looser interpretation of the text. While many characters like the White Rabbit, Mad Hatter, and Cheshire Cat are described in Carroll’s original novel, Steadman chose to create characters of his own that reflected his contemporary world. In this version, the White Rabbit wears a bowler hat and is late for his commute, and the anthropomorphized playing cards from the original story are turned into coal miners. Steadman’s lithographs from his version of Alice, like the Courtroom Scene (1967), are breathtaking examples of the way the artist effortlessly brings Lewis Carroll’s original characters into the modern era.

The 150th anniversary of Alice in Wonderland in 2015 inspired many artists to create commemorative designs and artworks. One of the most unique interpretations was that of British fashion designer and avant-garde icon Vivienne Westwood. Prior to Alice’s 150th, Westwood took inspiration from the book when creating her Autumn-Winter 2011/12 collection, using aesthetic markers from the original text as well as the 2010 Tim Burton film to create whimsical looks. For the anniversary, Westwood chose to publish a special edition of the book with her own cover design. Westwood’s edition is covered in one of her signature prints, inspired by the harlequin character of the Italian commedia dell’arte theatrical form.

It is not surprising that Westwood chose to create this special edition of Alice in Wonderland considering it is well-known to be her favorite book. “The Alice books are so stimulating to read,” the designer said in an interview. “They make you believe you could be in a parallel world—or that the world we think we know reflects the way we are programmed to see it.” As a nod to her love for the original story, Westwood also included the sequel, Through the Looking Glass, in the special edition.

British Contemporary artist Peter Smith had a captivating, surreal take on Lewis Carroll’s
Alice’s Adventures in Wonderland with his 2015 collection Lost Alice. Smith is no stranger to creating whimsical art aimed at children: his most famous creation is known as an Impossimal, a creature combining a zebra and a hippopotamus. Like designer Vivienne Westwood, Smith decided to create a special series of works inspired by Alice in Wonderland for the 150th anniversary in 2015. While Smith wanted the work to pay tribute to Carroll’s original novel, he also wanted the pieces to represent a new interpretation. “It wasn’t going to be any Alice,” Smith stated on his website. “Instead, it had to have a life of its own containing both familiar elements enjoyed by all but also enough twists and turns to allow it to stand on its own two feet.”

Peter Smith’s Lost Alice collection is a series of artworks based on Surrealism, wonder, and nonsensical style. His piece A Place of Uncommon Nonsense (2015) is a perfect example of the type of painting one might find in the collection. The work contains many familiar characters from the Alice story: Alice herself, the Mad Hatter, March Hare, Cheshire Cat, Caterpillar, White Rabbit, and the dormouse are all present in this interpretation of the Mad Tea Party Scene. However, Peter Smith has incorporated his own surreal style and highlights the duality of Alice’s experience and identity in this whimsical illustration. While the original Lewis Carroll work shines through loud and clear, Smith’s Lost Alice is a great example of the greater meaning the story has come to have in contemporary culture. 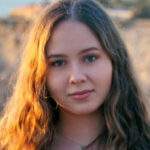