6 Amazing Examples of Modern Indigenous Art: Rooted in the Real

The world of Indigenous art is as broad and colorful as the varying nations from which it hails. Running through its veins are thousands of years of knowledge and culture. 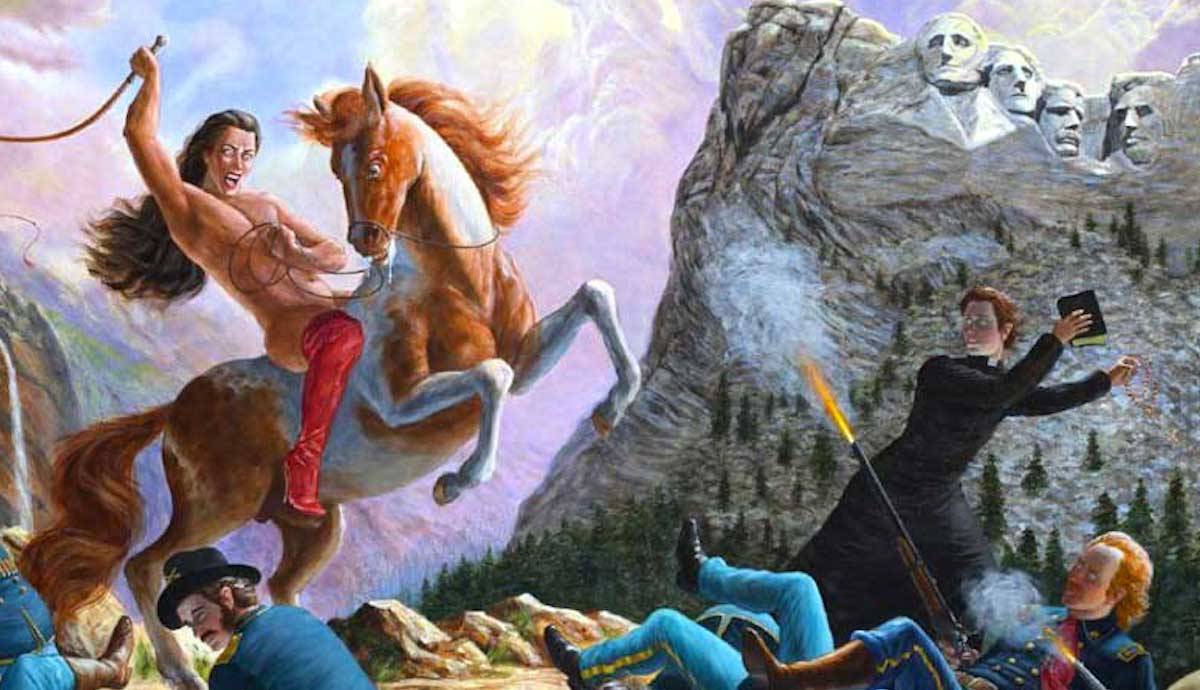 Indigenous art is rooted in the real, a way of preserving a past and culture that has fought to continue its existence. For centuries Indigenous and First Nations communities were subject to endless cultural genocide at the hands of colonization. Contemporary Indigenous art has become a way for the community to rekindle and reshape their artistic traditions, spirituality, and even language. Above all else, Indigenous artists have a distinct connection to the land and to their individual selves. Their art is a commentary on modern indigeneity. Below are 6 examples that capture the essence and spirit of modern Indigenous art, a marriage between the past, present, and future of Indigenous identity.

Indigenous communities have always had an understanding of individuals who straddle both gender expressions of male and female. Gender fluid individuals were seen as instant and natural members of their communities, not anomalies as they were for centuries in other traditions. One artist who plays with and politicizes this fluidity is Kent Monkman, a Swampy Cree two-spirit filmmaker, visual performance artist, and portrait painter.

In many of his artistic renderings appears Miss Chief Eagle Testickle, Monkman’s two-spirit alter-ego. In every one of her appearances, Miss Chief flips the classic dynamics of power that have existed between indigenous communities and colonizers. She is the dominating force, taking up space on film and on the canvas. She engages with classic Western artistic styles while still owning the frame as its star actress. One important point to distinguish is that Miss Chief is not a drag queen. Her existence is separate from that concept. Monkman’s intention for Miss Chief is to be a symbol of two-spirit potential. She is a rebirth of indigenous two-spirit history and tradition taking up space in a white man’s world. The use of Miss Chief Monkman is introducing the historic world of queer indigeneity.

For thousands of years, Inuit art has had a special relationship with carving and ornamentation from ivory figurines to the intricate beaded designs found on clothing. Inuit art is where function meets beauty. Printmaking as an art form took root in Canada’s Arctic region during the 1950s. From there it bloomed into one of the staple practices of Inuit art. Art and artistic expressions that hail from this community reflect experiences, stories, and knowledge rooted in land, family, and spirituality.

One of the most celebrated Inuit printmakers in history is Kenojuak Ashevak. It was her prints that put the Inuit community on the modern map as one of the highest artist-producing communities in Canada. Most of her prints have traveled the world, featured in Expos from Osaka to Holland. Most of Kenojuak’s images reflect aspects found in the natural world with a particular fascination for birds. For most indigenous communities the natural world is where spirituality is found, a connection to the creator via the land. Enchanted Owl is a prime example of the natural meeting the sacred or the metaphysical. It also showcases the amazing attention to detail that has been a staple of Inuit art well before printmaking reached the community.

Indigenous art pays homage to ancestral knowledge and the natural world. In fact, these two are often regarded as one and the same for most indigenous communities. Plants, trees, and animals are considered family, kith and kin to humanity. Christi Belcourt, a Metis artist and activist, replicates this relationship through intricate patterns on canvas. The small dots she paints to form larger images are a tribute to the history of Metis beadwork.

It’s A Delicate Balance evokes the connection between Indigenous art and knowledge. Every plant, animal, and substance found in the piece is regarded as endangered. The mural is meant to show the vital role each species plays with one another and the overall environment. Some of the species found include the chestnut-collared Longspur, a ground-nesting songbird, Henslow’s Sparrow, regal Fritillary (butterfly), and narrow-leaved Milkweed (light purple flower, center). More than showing the vital importance of all these species to the environment Belcourt’s work touches on their importance to humanity. Man is nothing without the natural world. It is the very foundation of our continued existence. Belcourt’s art shouts this message, her knowledge depicted in the style of one of the most sacred indigenous art forms, beadwork.

4. Bill Reid: From the Time of Creation

Indigenous oral traditions and stories are often replicated in sculpture, one of the more tangible methods of passing down sacred knowledge. Haida artist Bill Reid is one of Canada’s most prolific sculptors often creating larger-than-life pieces. Reid brought the visual forms of his Haida ancestry into modernity, recounting tales and legends that shape Haida spirituality and belief.

One of his most prolific pieces is The Raven and the First Men, an expression of the Haida creation myth. The story goes that one day on Rose Spit beach the raven saw a clam shell resting on the shore. He noticed that there were small creatures trying to leave the shell but they were afraid. The raven managed to coax them out of the shell. These people were to become the very first Haida. When Reid was commissioned to make this sculpture he injected many details to reflect the essence of the creation myth. While the Raven is staunch and proud the humans are rather childlike, almost unformed. This speaks to the early age of humanity. Reid takes us back to a time when the Haida were as innocent as children, taught the beauty of the world by the raven.

Indigenous life is misunderstood as a stagnant concept. However, indigenous culture like any culture is constantly evolving into new ways of being even in the more remote parts of the world. This is one of the central concepts in the drawings of Inuit artist Annie Pootoogook.

Eating Seal at Home shows Inuit life straddling the two worlds of tradition and modernity. Family meals amongst the Inuit are often shared on the floor, meals consisting of traditional arctic foods such as salmon, whale, or seal. Yet in the borders and background of the drawing, we see a television set and a phone. Most people in the south often think of the Inuit as far removed from anything in their own lives. Annie uses her works to showcase these adaptations within indigenous life, mainly pertaining to the everyday use of technology. In doing so she creates a representation for southern audiences to better understand the Inuit in a modern context.

Despite the United States resting on entirely indigenous unceded territory, very few Americans know about the intricacies of indigenous culture. It is an allowed ignorance that has only recently been challenged in the last few decades or so by members of the community. One of the main branches of indigenous education for the general public is the arts. Most people already have a general fascination for indigenous visual art. Apsáalooke artist Wendy Red Star takes advantage of that interest to educate the public on the indigenous culture that is otherwise overlooked.

Her series 1880 Crow Peace Delegation gives viewers a deeper understanding of indigenous identity. The series features the original photographs taken by Charles Milston Bell at the historic meeting of the Crow delegation in Washington DC. The photographs, while meant to serve as historical records, became a pillar of indigenous stereotyping and commercialization. Wendy negates years of cultural misinterpretation by labeling and outlining the history in each photograph. The main information she provides concerns the regalia worn by each chief. Indigenous traditional dress is often worn by outsiders, without any acknowledgment of the cultural and spiritual context of the clothing. Wendy’s art contradicts and corrects this error of history.

In Conclusion, Indigenous art takes many forms, a diverse world of traditions, knowledge, and activism. The people who have passed down the history and lessons to the past and current generations have had to do so through great trials. Despite all the horror that has befallen indigenous communities, the cultural and physical genocide, they persevere. The role of art in the perseverance and rebirth of indigenous culture in the modern world cannot be overstated. Art is a way to marry the traditions of the past with the reality of the present. More than this, it is a link between the past, present, and future of indigeneity. 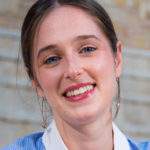 By Leigh PenningtonBA Anthropology & Art History w/ minor in Religion, MA Jewish StudiesHailing from Richmond Virginia, Leigh Pennington has lived, worked, and studied around the world. She earned her BA in Anthropology, Art History, and Religion from Concordia University in Montreal. Recently she moved back to the United States after earning her Masters degree from the Hebrew University of Jerusalem in Jewish Studies. Currently Leigh works as a freelance culture content writer as well as an Op-Ed editor for the Times of Israel. Her writing has been published in major news and opinion media such as Quebec Heritage News and Tablet Magazine.