HomeStoriesThe Evolution of the American Dream

The American Dream of the 21st Century is radically different from its 1776 edition. From power struggles to purchasing power, this is the story of its evolution. 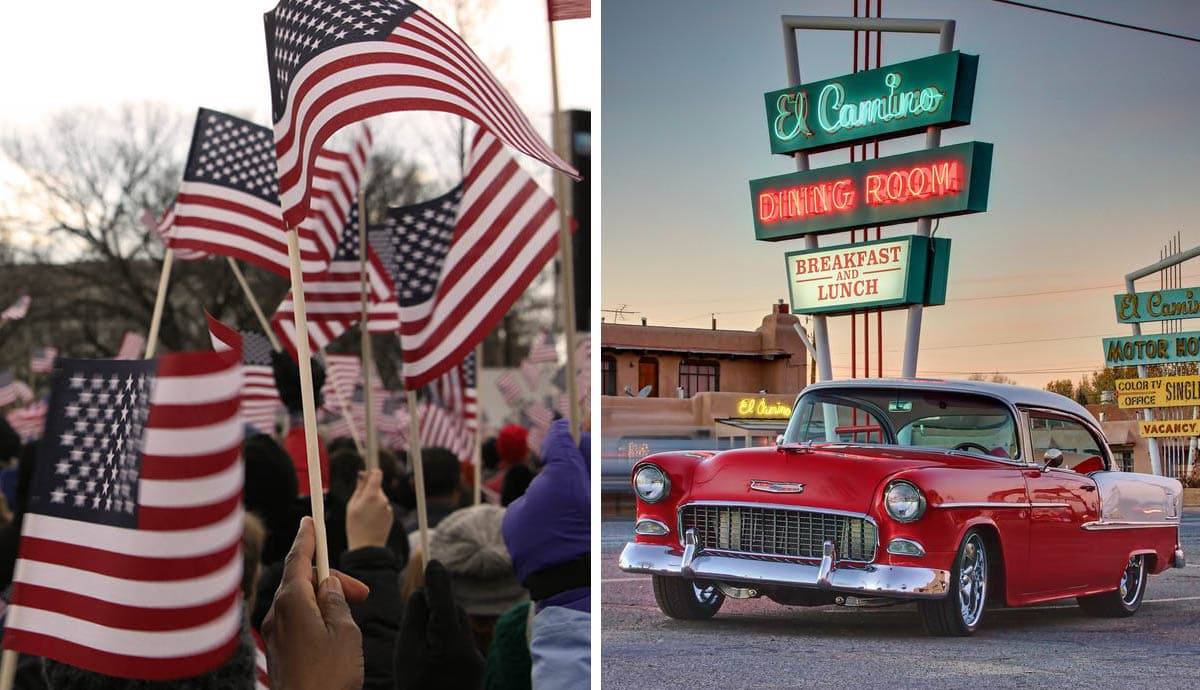 Few things have been more central to American identity than the American Dream. When asked, some may define it as a collection of freedoms. Others might say it’s the hope of working hard and getting rich. In all likelihood, most people asked will offer a different definition.

One thing all definitions have in common is an appeal to meritocracy and a notion of success. The American Dream could be seen beginning as a promise written in the Declaration of Independence. In stating that all people have a right to life, liberty, and the pursuit of happiness, the founding fathers set the US apart as a new democratic nation.

The contemporary interpretation has come to include all people regardless of race, gender, and other identities in this right. Like the American Dream itself, the nuance of modern interpretations has gone through a series of transformations from when the Declaration of Independence was written. The story of this transformation, and why it matters, goes back to the people who started it all.

Origin of the American Dream

Most notably, it served as a major generating factor in the waves of mass migration during and briefly following the industrial revolution. Acting as a beacon to a land of greener pastures, the American Dream enticed immigrants with a promise of a new life. It also represented a moral obligation for those who came to uphold social and democratic equality. Implicitly, the view that opportunities came from a free and democratic nation was established in the Constitution.

Between 1943 and 1949, the Dream largely retained its political definition as the structures for consumer credit were built. The institutions used today, and the moral assumptions necessary to allow the credit system to function, date back to this era. Once credit was established, the conversation would shift from moral freedoms in the American Dream to a more capitalist version of the Dream itself.

In the meantime, changes around the world influenced American political conversations. A key example is Mussolini’s rise to power in November of 1922. “Fascism” became a buzzword; at the same time, the Ku Klux Klan was gaining prominence. To counter these political views, the American Dream evolved into a pro-democratic national ideal. It continued to live in the minds and hearts of citizens but emphasized the collective aspect of fighting for freedom for all.

After World War II, American society underwent significant changes. Pro-capitalist policies and a growing economy led to a sense of national pride. An expansion of professional jobs accelerated the transition for many to climb the proverbial ladder to find financial success. During this period, the idea that hard work leads to success was likely the most possible it had ever been–that is, only for a portion of the population.

Some soldiers came home having had an epiphany while abroad: race relations in the parts of Europe they fought in were different. For African Americans and other people of color, it soon became clear that race relations in America were structured in a way that disadvantaged them in everything from employment opportunities to social treatment, raising questions about the validity of the American Dream.

These soldiers were forced to reckon with the difference in treatment and status they felt upon their return, recognizing that the American Dream of working hard to achieve success was not possible for all members of society. The new threat to the American Dream was not fascism, but a struggle over equality, dividing communities between those who believed in meritocratic promise and the disillusioned.

Outlining the threat to the ideology, racial and capitalist divisions combined to form the idea of the “haves” and “have nots,” particularly as the middle class grew. The country saw massive cultural changes in the 1950s, with commercial television entering homes and revolutionizing popular culture. Everything seemed possible–the economy was booming, new cars and consumer goods were abundant, and the United States had the strongest military power in the world. The decade also ushered in the “Golden Age of American Capitalism,” driving down unemployment rates with a blossoming middle class. Public optimism helped define the American Dream for the next two decades.

Simultaneously, the Cold War began charging the political climate and a new national consciousness grew. Popular media accelerated the shift in commercializing the American Dream, resulting in the earliest echoes of the capitalist undertones of the Dream. Fueled by advertisements convincing consumers of a need to buy more, the links between freedom and wealth grew.

Likewise, the national identity was increasingly defined by anticommunism. The escalation of the international arms race during the late 1950s was marked by key events, notably space exploration and the expanding power of both the United States and the Soviet Union. In September of 1956, the Soviet Union sent military aid to Afghanistan, and a mere three years later, Fidel Castro took power in Cuba. Both of these moments would influence American foreign policy for the next half-century, and with it, the American Dream.

Turning the corner into the next decade, change was in the air. Political spats over capitalism and communism dominated the global stage, airwaves, and civic engagement. Dreaming of a democratic, free society never seemed more important. Civic engagement became near-mandatory and awakened a new cultural consciousness. Together, these factors, combined with the hardening of racial lines in America, broke out into a cultural revolution in the 1960s. Martin Luther King Jr., the beloved civil rights activist, delivered his famous “I Have a Dream” speech in 1963. Struggles for social justice, inscribed in the Declaration of Independence but painfully withheld in practice, came into full focus as protests and marches spread across the nation. Political cynicism contributed to the cultural change, with struggles increasing over civil rights and environmentalism.

The struggle for equality poked a hole in the fabric of the American Dream: evidently, not all Americans were granted an equal chance at success. It’s during this decade that race-based arguments start to divide the American Dream, introducing the idea that the Dream might still exist but in different forms for the diverse spectrum of Americans.

All the while, political relations between the United States and the Soviet Union continued to disintegrate. Between 1950 and 1970, the American cultural narrative had become increasingly woven with the capitalist freedoms enjoyed by the upper crust of society and the notion that financial success was only possible because of the value of a protected democracy. In other words, the general anti-Soviet attitude resulted in the hardening of a new definition of the American Dream: freedom from communist rule. The variation of “a freedom from” (as opposed to “a freedom to”)  had been brewing for years, as evidenced by the wars in Korea and Vietnam. Thus, the American Dream was now encoded with freedom from communism, freedom from fascism, and freedom from a lack of upward mobility.

The moral tenet of the American Dream had up until the 1970s been solely based on a generic idea of meritocracy. Now, suburbia had grown dramatically, leading to sprawling cities that were increasingly diversified. Advertisements broadly tied the American Dream to this phenomenon, targeting home builders and buyers alike. The ideal life of a citizen was now defined by having a single-family home in suburbia. Classic images of a backyard barbecue and a white picket fence became a compelling symbol of wholesome success for the growing middle class. Thus the tie of homeownership to the American Dream was born, free from the bustle of cities and the bane of the countryside.

Buying Into the American Dream

Extending itself further from the American Dream of a virtuous society, the 1990s began to recognize the contributions of women and minorities in the civic arena. The last decade of the century also saw a shift in presidential trends, straying from the historically veteran-based profile defining their main appeal to voters. Technology started to influence all parts of life in the United States, introducing a new rush for accessories and opening a floodgate of new status–boosting products. Having a home was no longer enough: cell phones, televisions, video games, and personal computers were addictively enticing purchase options.

The original pursuit of happiness planted in the American Dream transformed over the years, snowballing and picking up elements of race relations and capitalism along the way. Consequently, the Dream that exists today is a perplexing combination of materialist aspirations and vague notions of freedom. It is now more than ever a challenge to achieve, blocked by societal hurdles like race and class along with contemporary roadblocks like the Global Financial Crisis of 2008-2009. Nonetheless, multiple versions of the Dream exist in the contemporary cultural narrative and continue to play an important role in American society.

In the political arena, the term has been adapted to suit new goals to address challenges. One of the most public displays of appreciation of the Dream was made evident when the first version of the Development, Relief, and Education for Alien Minors (DREAM) Act was introduced in 2001. Holding both symbolic and legal significance, the act created a pathway for undocumented people who entered the United States as minors. When considering modern capitalism and the American Dream, social media platforms and marketplaces like Amazon have made it easier than ever to feel the purchasing pull of marketing.

Together, these facets of history have kept the Dream alive and helped shape the multilayered version it is today. It leaves a lingering question that is pertinent and timeless, asking citizens to describe their definitions of success and thus leaving the chance for further evolution down the road. 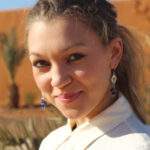 By Eva BodBA Sociology and AnthropologyEva holds a BA in Sociology and Anthropology. She is working on finishing a MA in Migration and Society from the University Mohammed 5, where she studies nomadism in the Sahara. As a former English teacher, her special interests include educational psychology, art history, and cultures around the world. When she isn’t writing, you can find her picking up a new language.

Radical Change: The Social Impact of the Industrial Revolution