Monarchists in the early United States had varied reasons for promoting monarchy in the New World, as well as different ideas on how that monarchy would look. 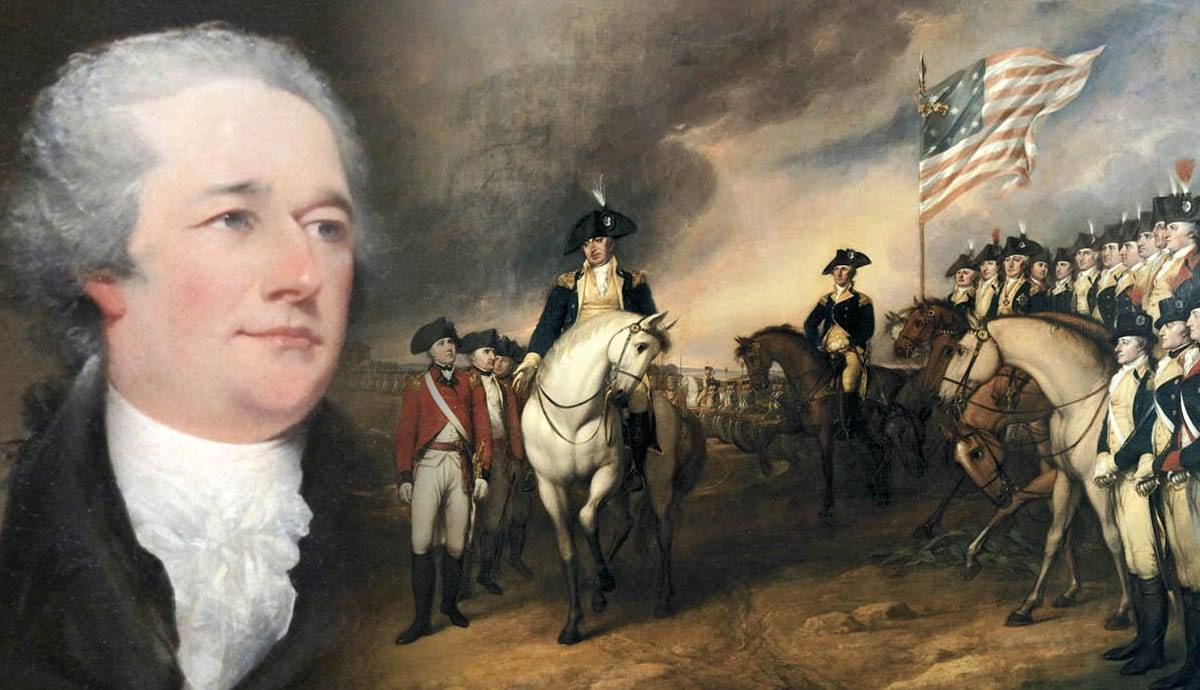 The United States is one of the world’s oldest and most powerful democracies. By the time of their separation from Britain, the colonies had some experience with democratic government, but they were also accustomed to being subjects under a monarch. While most Americans embraced Thomas Paine’s Common Sense and sought a break from the old order, others enjoyed life as Britons and felt that republicanism would be a less acceptable form of government for those living in America. Monarchists in the early United States either advocated for a new American line of royalty or the imposition of a European line. American monarchists were a fascinating niche political group that went against the cause of the American patriots.

The Declaration Of Independence: The Ire Of Monarchists

The Declaration of Independence, ratified on July 4th, 1776, marked the beginning of the United States as we know it today. However, it does not detail the structure of government that was to be adopted in the United States (which existed in the form of the Articles of Confederation before being replaced by the current Constitution). Even so, the colonies had practiced democracy under the burden of British rule for generations by this point, with elected legislatures existing in every colony. This precedent likely indicates that the revolutionaries had always intended to establish a government with democratic features in the new nation.

Such intention is indicated by Jefferson’s allusions to British philosopher John Locke in the Declaration: life, liberty, and the pursuit of happiness. By the grace of a single word, Jefferson avoids direct plagiarism. Locke wrote on the merits of government and democracy, and Jefferson infused the former’s inspiration into America’s founding document.

Many democratizing influences also came from changes being made in the motherland. Britain had long been on the road to an eventual democracy by increasing limitations on monarchical power and representation of subjects’ voices in Parliament. However, the American colonists were continually frustrated by the lack of their own representation in the British Parliament amid an increasing number of rules and taxes imposed on them in the wake of the French and Indian Wars.

“Loyalist” was the broadest and most encompassing term for monarchists during the American Revolution, composed of all those who remained loyal to the British Crown during the War for Independence. Loyalists remained unconvinced by the Declaration of the necessity nor the intentions behind a split from Britain.

The reasons for the differences in perspectives between loyalists and patriots, those favoring independence, were numerous. One of the most basic factors to consider is that the American colonists enjoyed a fairly high standard of living within the 18th-century world.

A fascinating indicator of this was the height disparity between Americans and Europeans. American colonials were about two inches taller than their British counterparts, which is believed to result from better nutrition due to the greater availability of food for the average American. While such benefits come from favorable agricultural conditions in the colonies, the overall standard of living was a powerful rhetorical defense for loyalists for remaining with Britain. Similarly, American monarchists could point towards their history with Britain and offer a sentimental plea against the revolution. American colonists had ties with the Old World through business and family. This sentimental attachment could be difficult to sever.

Benjamin Franklin was previously entrenched in anglophilia before deciding that separation from England was indeed the best course for the colonies and became a patriot. His illegitimate son, William Franklin, grew up influenced by his father’s former persuasion and staunchly rejected the notion of independence. William Franklin became one of the most prominent American monarchists, while his father would become a meteoric figure in the history of the Revolution and the United States’ founding.

While most Americans joined the patriots’ cause, the separation from Britain still created a political and cultural situation where families and communities could split by way of opinion. In many cases, however, potential monarchists often subdued their desires in order to avoid contestation with patriots. The British Empire hadn’t thought this would be the case, predicting that the American monarchists would help the British fight the patriots and subdue the Revolution. This, however, did not come to pass.

Another monarchist force in the revolution was the black loyalists. Black Americans predominantly occupied an involuntary and politically disempowered position in colonial society. In late 1775, the colonial governor Lord Dunmore of the Virginia colony issued a proclamation freeing any slaves that would take cause with the loyalists and fight against the patriots. The British Army and some parts of the Continental Army made similar promises. Though they did not always fulfill these promises, there were still a number of Black Americans who were able to align themselves with the British cause and then escape to parts of America where they could be free.

Not all American monarchists were principally against separation from Britain. In fact, there were a decent few within the ranks of the Continental Army who believed that a new monarchy, separate from the line of King George III, would be the most beneficial form of government for the new United States; that the American people ought to be ruled within its own constitutional monarchy residing on their side of the Atlantic ocean. In the mind of the American monarchist, there was only one suitable candidate for the establishment of this new American line: George Washington.

In May of 1782, military officer Lewis Nicola penned the Newburgh letter to George Washington. Nicola’s writing revealed that he believed Washington ought to establish himself as a monarch following the war’s conclusion. He also disparaged the idea of creating a republic; Nicola thought it would be an ill-prepared framework to establish the new country. George Washington’s response to the letter was swift and negative. Washington was quick to affirm that the republican form of government would be most effective at promoting the creation of a country where the people are free, happy, and governed by the grace of their consent.

This moment in the history of monarchists in the United States foreshadows a planned military coup that was prevented and de-escalated by Washington a year later. Both the Newburgh letter and conspiracy represented the frustrations some Americans bore with their new government. Under the Articles of Confederation, the federal government had no power to levy taxes and consequently had very little money to pay their soldiers during the Revolution. This meant that Congress wasn’t paying the patriot soldiers. Without payment, some Americans were more inclined to adopt a monarchist position and even conspire against their new government.

The Prussian Scheme And The Hamilton Plan

The Articles of Confederation’s failures convinced some monarchists that Americans could use outside help to govern themselves. As such, these particular American monarchists sought to bring in potential monarchs from European families to stabilize the young country.

Thus, the Prussian scheme: a small group of officers and politicians within the Continental Congress and Army, including Nathaniel Gorham and General von Steuben, sent a letter to the Prussian Prince Henry, offering him kingship over the United States. Frederick the Great, the king of Prussia, had hampered the movement of British-aligned troops through his territory that were bound for the American colonies to fight in the Revolutionary War. This action, which was based on Frederick’s grievances against the British from the Seven Years War, somewhat endeared Prussia to the United States’ citizens who knew of their support. However, Prince Henry politely declined the offer. In his reply, he mentioned that the Americans were not likely to accept another king following their present war. He also kindly suggested that the Americans look first towards the French for such proposals, given their stronger alliance and friendship.

The waning influence of monarchists in the United States was made further pronounced by Alexander Hamilton at the Federal (Constitutional) Convention. While the convention was deliberating on the proper role of the newly established office of President, Hamilton suggested that the President ought to be appointed and serve for life. Hamilton included this point in his plan, which was ignored in favor of the Virginia Plan as the basis of the United States Constitution. The rejection of lifelong terms represented a repudiation of kingly characteristics in the American government. Republicanism was set to become the modus operandi for the union.

The Position Of Monarchists In American History

The United States Constitution has persevered through more than two centuries of history. During this time, it has faced many challenges but ultimately endured as the law of the land. While we might be misled by hindsight into believing a document such as the Declaration of Independence and a democratic structure of government was inevitable and predestined, the voices of the American monarchists illuminate the uncertainty of the Revolutionary period.

Many monarchists saw the United States under this rudimentary democratic government and concluded that the country would be better off under a monarch. Some monarchists choose to support a Prussian king in the United States, others thought that Americans would be better off remaining with Britain, and still others favored the establishment of a new American royalty beginning with George Washington. These early fringe monarchist groups represent an interesting reluctance towards a world turned upside down. Their commitment to monarchy serves as an interesting counterpoint to the democratic ideals that would become so inseparable from the new nation’s character.

By Austin BryanBA History (in progress)Austin Bryan is a contributing writer at TheCollector, with a primary interest in U.S. history. He is currently completing a B.A. in History at Chapman University. Austin lives in Colorado and enjoys it very much.

The Resolute Desk: The Story Behind the Iconic Oval Office Fixture
By Austin Bryan, in Art

12 Famous Art Collectors Of Britain In The 16-19th Centuries