The Holy Island of Lindisfarne, sitting just off the northeast coast of England, was once one of the most important centers of Anglo-Saxon Christianity. 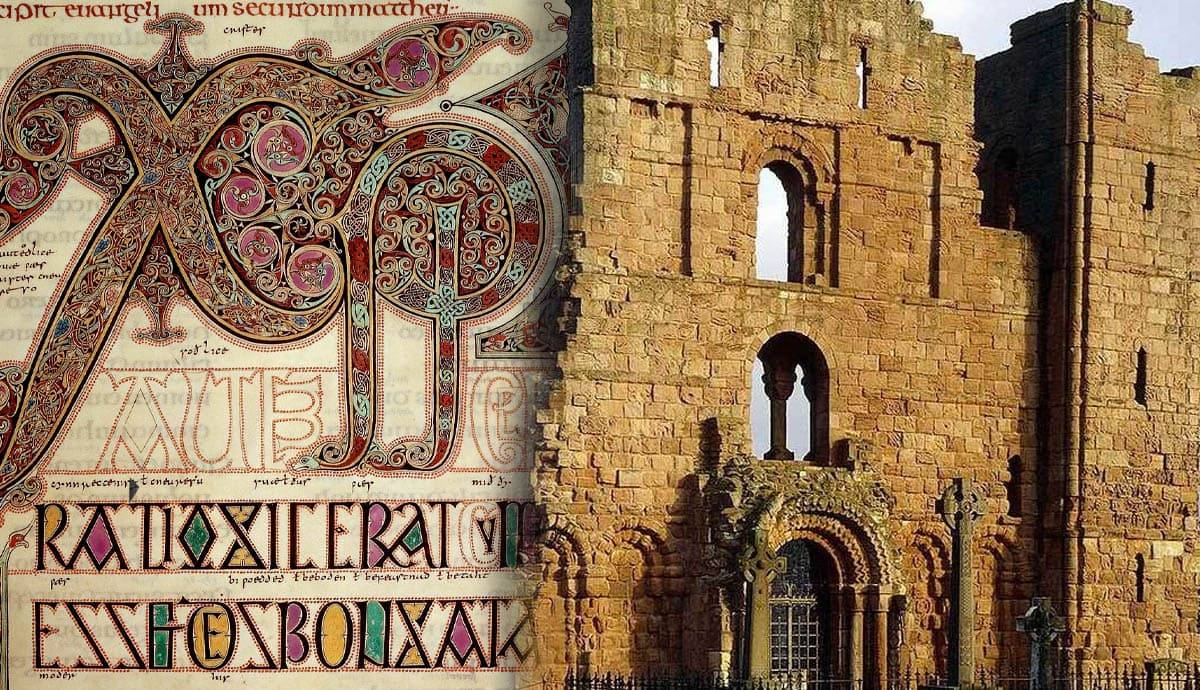 The tiny coastal island of Lindisfarne in Northumberland, England, was at the center of the Anglo-Saxons’ relationship to Christianity. From stories of saints and miracles to the horrors of the Viking invasions, Lindisfarne has a fascinating recorded history dating from the 6th century CE. It was here that one of the first Christian monasteries was built in Anglo-Saxon England, and where the work of the brethren converted the Anglo-Saxons of northeast England to Christianity. The meaning of the name Lindisfarne remains fairly uncertain, but the work of the island’s Christian saints and martyrs earned it its designation as a “Holy” site.

The Golden Beginnings of Lindisfarne

The period in which the first monastery was founded at Lindisfarne, in the Anglo-Saxon kingdom of Northumbria, is often referred to as the “Golden Age” of the island. This area of northeast England had remained largely unsettled by the Romans and often experienced raids from the native Britons. The Anglo-Saxons didn’t start settling here until the Anglian King Ida, who reigned from 547 CE, came to the region by sea. While the conquest was by no means straightforward, he eventually established a “royal settlement” at Bamburgh, which sat across the bay from Lindisfarne.

The first monastery at Lindisfarne was founded by the Irish monk Saint Aidan in 634 CE. Aidan had been sent from the monastery of Iona, in Scotland, upon request from the Christian King Oswald at Bamburgh. With the support of King Oswald, Aidan and his monks founded the priory at Lindisfarne, and they worked as missionaries to convert the local Anglo-Saxons to Christianity. In fact, they even managed to send a successful mission to the Kingdom of Mercia, where they were able to convert more of the Anglo-Saxon pagans there. Aidan remained at Lindisfarne until his death in 651 CE and, for almost thirty years, the priory remained the only seat of a bishopric in Northumbria.

It is thought that the island was chosen as the location of a monastery due to its isolation, as well as its close proximity to Bamburgh. Historians are less certain, however, where the name “Lindisfarne” may have originated. Some have suggested it may be connected to some kind of stream, others have linked it with a group of people known as the Lindissi of Lincolnshire. While little remains today of Lindisfarne’s original 7th-century structures, archaeological evidence suggests that the island’s topography changed dramatically during the period in which the monastery was constructed.

With the foundation of their monastery, Aidan and his monks established the first known school in the area. They introduced the arts of reading and writing in the Latin language, as well as the Bible and other Christian works. They trained young men as missionaries, who later spread the Christian Gospel through many other parts of England. They even encouraged women to receive an education, although not specifically at Lindisfarne.

The Anglo-Saxon Saints of the Holy Island

By far the most significant saint of Lindisfarne, however, was Saint Cuthbert (634 – 687 CE), who joined the monastery as a monk sometime in the 670s CE. Cuthbert later became abbot of the monastery and reformed the monk’s way of life to conform with the religious practices of Rome. He was known for his charm and generosity towards the poor and he had a renowned reputation as a gifted healer. Cuthbert briefly retired from Lindisfarne in 676 CE, wishing to lead a more contemplative life.

In 684 CE, Cuthbert was elected Bishop of Hexham but was reluctant to leave retirement. However, after encouragement from, among others, King Ecgfrith of Deira (c. 645 – 685 CE), he agreed to take up duties as Bishop of Lindisfarne, instead of Hexham. His new duties further strengthened his considerable reputation as a pastor, seer, and healer, and his life and miracles were later recorded by the Venerable Bede. Cuthbert died in 687 CE, but he is still celebrated today as the patron saint of Northumbria.

The Cult of Saint Cuthbert

Eleven years after the death of Saint Cuthbert, the monks at Lindisfarne opened his stone coffin, which had been buried inside the Holy Island’s main church. They discovered that Cuthbert’s body had not decayed, but had remained whole and “incorrupt”. His remains were elevated to a coffin shrine at ground level, which marked the beginnings of the cult of Saint Cuthbert.

Reports of miracles occurring at Saint Cuthbert’s shrine soon established Lindisfarne as a major center of pilgrimage in Northumbria. The wealth and power of the monastery grew considerably as a result of this, and soon consolidated its reputation as a center of Christian learning.

With time, Lindisfarne became well known for the exquisite Anglo-Saxon, Christian art created by its skilled brethren. The illuminated manuscript known as the Lindisfarne Gospels is the most famous example and it depicts the Gospels of Matthew, Mark, Luke, and John. It was created around 710 – 725 CE by the monk Eadfrith, who became the Bishop of Lindisfarne from 698 CE until his death in 721 CE. It is believed that other monks of Lindisfarne Priory may also have contributed and that further additions were also made in the 10th century.

While the text is significant, the beautiful illustrations of the Lindisfarne Gospels are considered to hold the most historic and artistic value. They were created in an Insular (or Hiberno-Saxon) style that successfully fused Celtic, Roman, and Anglo-Saxon elements. The colored inks used for the illustrations were sourced from natural products from across the western world; evidence of the wealth and influence of Lindisfarne by this point in its history. The Lindisfarne Gospels are thought to have been dedicated to the memory of the Holy Island’s beloved Saint Cuthbert.

In 793 CE, Lindisfarne was subjected to a violent Viking raid that struck terror into the Anglo-Saxons and the Christian West. While some smaller Viking attacks had taken place in Anglo-Saxon England by this point, the brutal raid at Lindisfarne was particularly significant. It was the first time that pagan Vikings had attacked a monastic site in Britain. It had struck the sacred center of the Northumbrian Kingdom and marked the beginning of the Viking Age in Europe.

Numerous sources describe the gruesome nature of the attack upon the monastery, but none so ominously as the Anglo-Saxon Chronicle:

“In this year fierce, foreboding omens came over the land of the Northumbrians, and the wretched people shook; there were excessive whirlwinds, lightning, and fiery dragons were seen flying in the sky. These signs were followed by great famine, and a little after those, that same year on 6th ides of January, the ravaging of wretched heathen men destroyed God’s church at Lindisfarne.
The Anglo-Saxon Chronicle, Versions D and E.”

Lindisfarne was likely an easy and tempting target for the Viking invaders. Like many Anglo-Saxon monasteries, it was an isolated, undefended community established on an island. It received little interference from the political mainland, and all that stood between the Vikings and Lindisfarne’s material riches was an unarmed, peaceful group of monks. They never stood a chance.

During the attack, many of the monks were killed or captured and enslaved, and most of their treasures were looted from the monastery. Some Anglo-Saxons even believed that God was punishing the monks of Lindisfarne for some unknown sin. However, it was to be the first and only Viking attack upon Lindisfarne. In the years that followed, Viking raids increased elsewhere in Britain, and a number of other Anglo-Saxon monasteries were targeted.

According to documentary sources, threats of further, potential Viking raids caused the Lindisfarne monks to retreat inland during the 830s CE. The decision was then made in 875 CE to leave the island for good. While carved stones found on the island show that a small Christian community survived at Lindisfarne, most of the monks spent seven years wandering the British Isles. Carrying Saint Cuthbert’s coffin, and the remaining treasures of Lindisfarne, they eventually settled at Chester-le-Street, where they built a church. Saint Cuthbert’s relics were moved again in 995 CE, after which they were eventually enshrined at Durham Cathedral.

Following the Norman conquest of England in 1066, Benedictine monks built a second monastery at Lindisfarne, the remains of which still stand today. At this time, the island became more commonly known as “Holy Island”. The name Lindisfarne was invariably used in reference to the pre-conquest monastic ruins.

Today, the standing remains at Lindisfarne date from the post-Conquest, Norman period of the Holy Island’s history. The site of the original Anglo-Saxon priory — built entirely of wood and long since disappeared — is now occupied by a parish church. Accessible at low tide by a modern causeway, as well as an ancient pilgrim’s path, Lindisfarne is now a major tourist draw, attracting visitors and pilgrims from across the world. 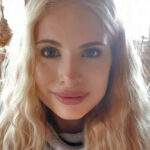 Hadrian’s Wall: What Was It For, and Why Was It Built?