HomeArtAntonio Salieri: The Truth About The Misjudged Composer

Antonio Salieri: The Truth About The Misjudged Composer

Who was Antonio Salieri? Take a look at the tainting life and the legacy of the underrated Italian composer. 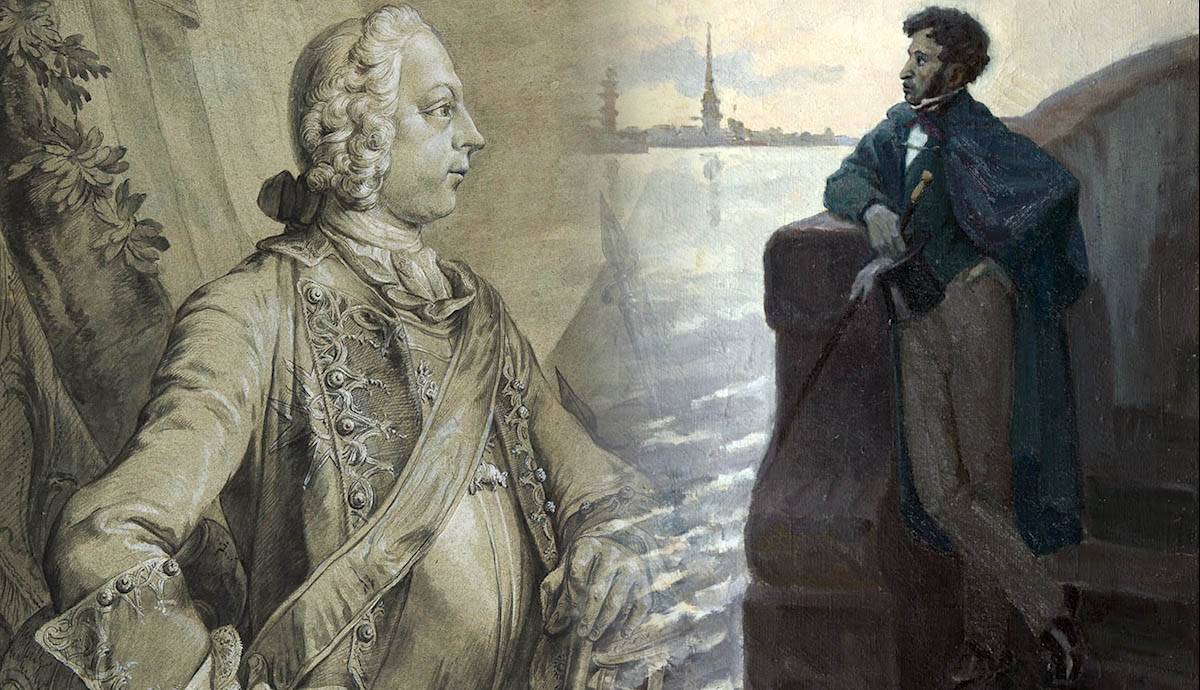 Antonio Salieri was born in 1750 in Legnago, near the Italian city of Verona. Since he was raised in a musical family, Salieri was able to nourish his talents from a young age. His first musical steps were taken while studying harpsichord and violin. Unfortunately, his parents passed away while he was in his early teenage years. Soon afterward, he began his musical studies in Venice along with his older brother, a pupil of Giuseppe Tartini. During his studies, Salieri was fortunate enough to captivate the attention of Florian Gassmann, a visiting composer from the Viennese court. Not long after, the Italian composer started working in the service of Emperor Joseph II.

Following Florian Gassmann’s invitation, Antonio Salieri ventured towards Vienna, a city that would remain his home for the rest of his life. The Italian composer began his journey as a pupil of several established Viennese musicians. In this way, he was able to receive an introduction to Emperor Joseph II. The royal was widely known to be a generous patron of the musical arts in Vienna.

Salieri was only twenty-four years old when the Emperor appointed him to be the royal court composer in 1774. That same year, Salieri became acquainted with Therese von Helferstorfer, his future wife, with whom he went on to have eight children. Subsequently, the Italian composer became the Imperial Royal Kapellmeister (music director) of the court in 1788. He held this position until 1824. Salieri also carried the title of the president of the Society of musical artists in Vienna. Salieri’s first opera piece was a 1770 comedy by the name of Le Donne Letterate. It came to light as a sweeping success.

Nowadays, despite numerous misconceptions, Salieri continues to be remembered as a profoundly prolific composer. His impressive accomplishments include thirty-three operas, dozens of sacred and secular choral pieces, and several compositions for various instrumental ensembles. Salieri voyaged all across Europe and presented his operas in many respected European concert venues.

The Italian composer wrote forty-three Italian-style operas, various ballets, orchestral music, two piano concertos, numerous cantatas, arias, and sacred music pieces. His opera pieces received an outstanding response in both Paris and Vienna and brought Salieri great recognition as a composer and conductor. Antonio Salieri taught a large number of now-famous composers. His impressive array of students includes Ludwig van Beethoven, Carl Czerny, Giacomo Meyerbeer, Franz Schubert, and Franz Liszt. The Italian composer was also a teacher of the son of Wolfgang Amadeus Mozart, Franz Xaver. He frequently gave his composition lessons at no charge, perhaps prompted by his past as an orphan.

Salieri’s biographers continue to depict him as a generous, kind, and honorable individual. Likewise, his capability of befriending highly respectable people suggests that Antonio Salieri had considerable charm and charisma. On the other hand, at times, Salieri did not lack arrogance and pride. For example, on one occasion, Ludwig van Beethoven came to know Salieri’s wrath by presenting a concert on the same night as Salieri’s annual Christmas benefit. Nonetheless, the Italian composer is still known as a man of quick wit who often joked at his own expense.

Lorenzo Da Ponte, the master librettist of Mozart’s The Marriage of Figaro, Don Giovanni, and Così fan Tutte, often praised Mozart’s music in his memoirs. However, he did so as well with Salieri. Salieri also wrote a memoir of his own, which his friend Ignaz von Mosel applied as a basis for a biography, published in 1827. In 1816, Salieri was awarded the Civil Medal of Honour at a concert organized by some of his beloved students. After fifty years of serving the court, he retired in 1824, just a year before his death. He was seventy-five.

Forgotten Treasure: The Imposing Legacy Of An Italian Composer

Calling Salieri the patron saint of mediocrities, as Peter Shaffer does in his play Amadeus, would represent an unfair assessment. His operas are thrillingly melodic, impeccably crafted, and undeniably innovative. Salieri was, after all, one of the most prominent and respected composers of his period. After dedicating his life to music, the Italian composer left behind a staggering heritage, including numerous pieces which were ahead of their time, both musically and thematically. These long-forgotten masterworks undoubtedly deserve to stand next to the legacies of his well-known students, like Franz Schubert and Franz Liszt.

Salieri’s masterful Il mondo alla rovescia premiered in Vienna in 1795. The opera was written in Italian by a poet and librettist, Caterino Mazzolà. This exceptionally amusing comedy exudes a light-hearted spirit and undeniable wit. The opera plays out on a mythical island under the reign of Amazons. Everything changes with the arrival of two shipwrecked aristocrats, the Count, and the Marquise. Along with them comes a European vessel sent to their rescue. The opera is lively and compelling throughout, and it skilfully relies on comical creativity. In a way, it stands out as being brave and progressive by its clear-cut reversal of gender roles.

The finest musical moments come to the fore in the peaceful moments of reflection. Included here are the solemn, slow section in the Act 1 finale and the hymnic chorus at the end of Act 2. Other outstanding derivatives from the opera are the Marquise’s two arias and a serene pastoral aria dedicated to Colonella, who persuades the Count to remain on the island.

Axur, re d’Ormus is thought to be Salieri’s most significant opera. This operatic dramma tragicomico premiered in Vienna in 1788. Played out in the Italian language, the opera was revised by the famous librettist Lorenzo Da Ponte. It represents the Italian version of Salieri’s 1787 French piece, Tarare. It was also his last performed opera in Paris. Da Ponte’s writing mainly follows Tarare, but the two operas differ significantly in details and characterization. The story of Salieri’s opera follows the quests and tragedies of Axur, King of the Persian Gulf Kingdom of Ormus. The title role was performed by Francesco Benucci, who also played the first Figaro in Mozart’s opera The Marriage of Figaro. In a short period, Axur became one of the most famous operas in Vienna.

Die Neger represents Salieri’s final opera. The German language singspiel premiered in 1804 in Vienna. For this piece, the Italian composer collaborated with librettist Georg Friedrich Treitschke. The story takes place on an island in the Caribbean, which is under the colonization of England. The character of Lord Bedford strives to become a governor of this colony, therefore forcing his rival, Lord Falkland, to flee from the country. Lord Bedford also has his eye on the beautiful Fanny, Falkland’s fiancé and a daughter of the old governor, Lord Dellwill. After a couple of years in exile, Falkland returns under disguise and enters Bedford’s service. In the end, Falkland prevails in his quest and marries Fanny. Additionally, Fanny’s maid Betty also weds the African-American character, John. This act results in a beautifully inspiring interracial love duet, which was not a common practice at the time.

Despite the nowadays politically incorrect and offensive title, there is not a trace of racist tendencies in the libretto. Antonio Salieri, who was known for campaigning in favor of the abolition of slavery. Salieri also placed all the characters on the same musical level. Unfortunately, experts believe that the progressive tendencies of the opera were the ultimate cause for its premature cancellation at the time. Nonetheless, it continues to be praised and honored for its ethics nowadays.

Trials And Diatribes: The Modern Misinterpretation Of Antonio Salieri

Not long before Salieri’s passing in 1825, a rumor of him poisoning Mozart began circulating across Vienna. Poet Alexander Pushkin dramatized this idea in his play Mozart and Salieri, published in 1830. Later in the 19th century, Nikolai Rimsky-Korsakov took over Pushkin’s concept and created a short and humorous opera piece. Therefore, the opera initiated a trend of exaggerating this arguable rivalry. This anecdote will prove to stand the test of time. In 1979, a British playwright called Peter Shaffer, wrote Amadeus, a modern and sophisticated take on Pushkin’s play. Five years later, the director Miloš Forman transferred the story of Amadeus to the silver screen. The movie went on to win eight Academy Awards, including one for F. Murray Abraham’s striking portrayal of Antonio Salieri.

However, the now wide-spread myth of the rivalry between Mozart and Salieri couldn’t be further from the truth. Experts state that there is far too little factual evidence to support Salieri’s supposed treasonable behavior against Mozart. There are also no facts to support the charges of poisoning that continue to follow the name of Antonio Salieri.

The only reliable source for proving the possibility of bad blood between the two composers is the content of Mozart’s letters. However, the statements in these letters only go as far as showing the existence of Mozart’s complaints and the understandable amount of envy and frustration aimed at the older and more accomplished Salieri. In 1771, Mozart lost a position of a musical mentor to the Princess of Wurtemberg to Salieri. The Princess preferred Salieri because of his well-known reputation as an exceptional teacher. Some historians also state that Mozart even blamed Salieri for the failure of his opera premiere. Wolfgang’s father, Leopold Mozart, reflected on the matter in one of his letters and said that Salieri and his tribe would move heaven and earth to put the opera down.

Indeed, even though Salieri was in the position to help the struggling Mozart, he neglected to do so. Nevertheless, after Mozart’s passing, Salieri took his son, Franz Xaver, under his wing and settled him for an appointment at the Emperor’s court. He even went on to promote and conduct Mozart’s Symphony in G minor in 1791.

In 2015, the composer and musicologist Timo Jouko Herrmann discovered the score of a cantata, Per la ricuperata salute di Ofelia. Composed in 1785, the piece consists of one section written by Antonio Salieri and the other section written by Wolfgang Amadeus Mozart. This historically exceptional discovery finally makes more sense out of the relationship between the two composers. At last, we can see that the world wronged Antonio Salieri for far too long.