HomeStoriesSworn-Virgins: Women Who Decide to Live as Men in Rural Balkans

Sworn-Virgins: Women Who Decide to Live as Men in Rural Balkans

Rural patriarchal societies in the Balkans a few centuries ago were no place to be a woman. The only way to have men’s rights was to become a man - or a Balkan sworn virgin. 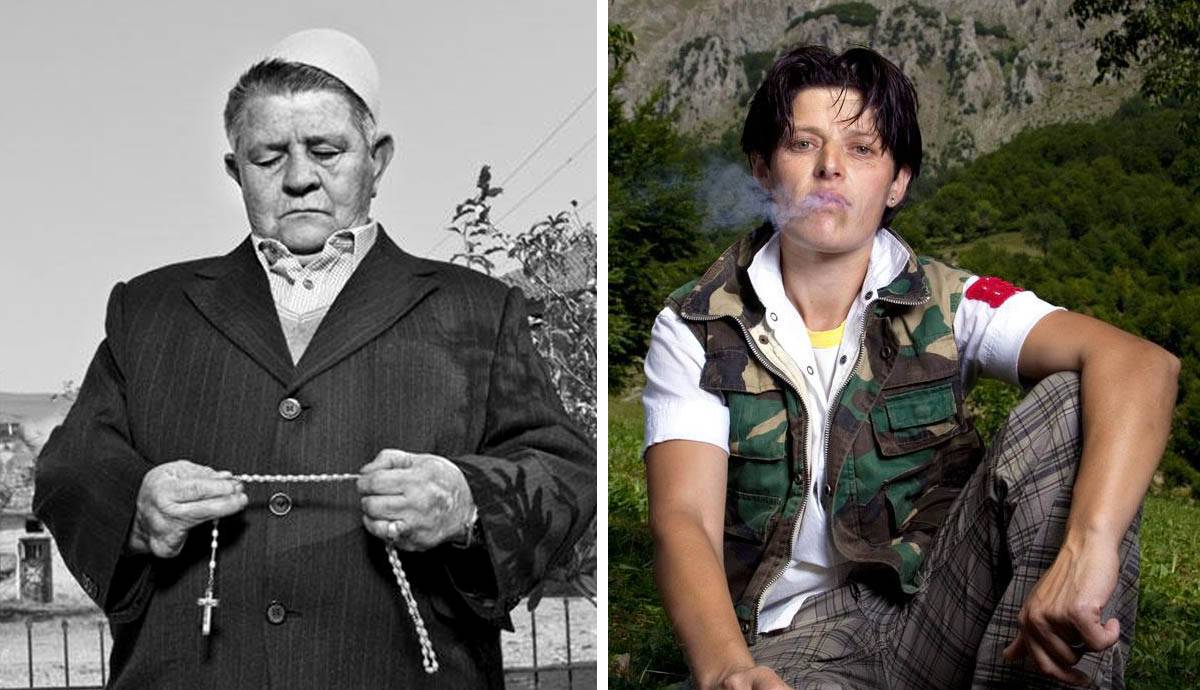 Gender identity and its interchangeability still raise a lot of controversy in the Western world, even though it stopped being a taboo a long time ago. But much before the West started comprehending the idea that gender might be a fluid concept, people in the rural Balkan regions, predominantly patriarchal and poor areas, put a new twist on this idea. The reason behind this was not the freedom to exercise personal freedoms and follow their internal desires, but quite the contrary. Balkan sworn virgins are a very odd yet intriguing custom from the rural regions of Albania, Kosovo, and Montenegro. In a nutshell, when a head of a strict patriarchal family would die without leaving a male heir, one daughter would become a man. Thanks to the documentary and photo series by Jill Peters, we can discover the lives and better understand the concept of a sworn virgin.

Who Are the Balkan Sworn Virgins?

This phenomenon was common in societies where strict oral laws dictated traditional gender roles. In the Balkan region, we mostly connect them with Albania, North Macedonia, and Kosovo. To a lesser extent, this tradition was alive in other parts of the western Balkans, including Bosnia, Dalmatia (Croatia), and Serbia.

In the Albanian language, there are several different terms to describe a woman who has given up on her traditional gender role and chosen celibacy with male privilege. According to traditional laws, the original word used is virgjineshe, meaning literally “virgin.” But the more frequently used term and the term still in use today is burrneshe, or burrnesha in the plural. Burrneshe literally means man (burre), followed by a feminine ending (-eshe).

Other ways of naming sworn virgins include sokoleshe. Literally translated, sokol means falcon. In this case, it refers to men with exceptionally meritorious and conventionally masculine traits, such as bravery, honor, and physical and mental strength. The words burrneshe and sokoleshe are associated with hyper-masculine connotations, while the ending  –eshe makes the word grammatically feminine. As such, these terms are simultaneously masculine and feminine, as opposed to representing a third gender category. And even today, when this custom is almost completely gone, these terms are used to praise a woman for her characteristics which are, in these societies, desirable in men and often overlooked in women. The words convey bravery, wisdom, and strength of character and indicate that the woman has earned the speaker’s respect.

Perhaps it would be harder to comprehend the idea of gender identity of Balkan sworn virgins if it weren’t for Jill Peters, who visited Albania and met these women-turned-men and shared their portraits with the rest of the world. Over a period of six years, she befriended and continually photographed seven sworn virgins in their rural villages, creating striking portraits which will forever encapsulate this dying practice in the outskirts of the Balkan region. In addition to the photographs, Jill filmed a documentary to capture this unique kind of people before they vanish from our planet.

Why Did These Women Decide to Give Up on Their Sexuality?

How and why would a woman decide to give up her assigned gender and sexuality and take a vow of chastity? It is important to note that the motives behind this are solely social and have nothing to do with sexual identity or physical changes. When a woman makes the irrevocable oath of chastity in front of twelve village or tribal elders, she fully adopts her given role with the practice of celibacy. She would exchange her limited sexual and social rights as a woman as well as the ability to carry offspring for freedoms only men could enjoy in this deeply patriarchal and closed-off society.

It is said that a “sworn virgin” is not a man in terms of sexuality but in terms of “social power.” In terms of sexuality, this person basically ceases to exist since their biological function collides with their social role. Thus, becoming a sworn virgin means completely disregarding your sexuality to have a better societal role.  Becoming a burrneshe meant they could dress as men, use male pronouns, smoke and drink alcohol, use a male name, carry a gun, and take on male work; but also play music, sing, and sit and even talk socially with men, which, at the time, was frowned upon for women. More importantly, it meant they could act as head of household, protecting their mothers and sisters when all the male relatives had passed away. The gender transformation would go to such lengths that it would be hard to determine their true sexual identity with their adaptations to masculinize their speech and mannerisms.

Roots of This Practice & the Kanun Law

The roots of this practice date back to Kanun, an archaic patriarchal set of laws used chiefly in southern Kosovo and northern Albania in the 15th century. This ancient codex strips women of any social rights and freedoms by stating they are their husband’s property. With the liberalization of society, there is no more need to escape from the role given to a woman, but there was a time when switching genders was the only chance to have a normal life free from the rigid societal norms for Balkan women. Kanun law was so hostile towards women that it barely gave them a name. Once married, they were (and still generally are) known first as nuse, meaning “new bride,” later as “the young wife of X,” “the wife of X,” and finally “the old woman of X” (Hasluck). Needless to say, their political rights were non-existent since all the decision-making was completed by the heads of household (who must be defined as male). The lack of a son of sufficient age and integrity (representing honor for a family) would risk bringing shame to the family.

Various situations have caused the biological females to take on the social identity of a man. In some cases, it was the only chance to escape an arranged marriage, often with a much older man. Arranged marriages are slowly going out of practice in the region, but there was a time when nearly every marriage in the Balkans was arranged. Some of these arranged marriages had the people committed even before they were born. Becoming a sworn virgin was the only way for families with devoted children to refuse to fulfill a marital agreement without dishonoring the groom’s family and risking a blood feud.

Blood feuds were also a big part of the Kanun law, which left a lot of families without their male lineage and in need of a burrnesha. They began with an action that would, by Albanian rural standards, question one’s honor, such as minor thefts, threats, or in some cases, just insults. If this action escalated into a murder, which was not a rare case, the victim’s family would be expected to seek justice by killing the murderer or another male member of the family, which would again result in the family seeking vengeance.

This practice would continue for generations to follow, which would result in descendants who had nothing to do with the original feud continuing to seek revenge. To inherit the family wealth after it was left without any male successors, one of the daughters would take on the role of a sworn virgin. But not just that, she would continue the blood feud as “a warrior in disguise to defend her family like a man.” Furthermore, there were two other ways to break the blood feud which did not result in dead family members. Those ways included paying money to the deceased’s family or securing the local church’s forgiveness. When it came to a sworn virgin, the payot for her death would count as a full life, the same as a man, rather than a half-life, the amount a woman’s life was worth.

But for many sworn virgins, the motivation for becoming a burrneshe was that it was the only way of escaping the confines of a woman’s life in rural Balkans some centuries ago. By choosing to be men in their society, they received much more freedom than it would be if they continued their lives as women.

Women’s rights are still questionable in some rural areas of the Balkans, but they have come a long way since the times of the Kanun law practice. In this patrilineal culture, women were subjected to many treatments that cannot be justified by today’s western standards. They were secluded and segregated, with strict requirements to remain virgins until marriage and stay with one man for the rest of their lives. As children, they were immediately dethroned of every right to family inheritance and sold into marriage without their consent. In that marriage, they had to obey their husbands blindly and continually bear and raise children, often blamed when they don’t have boys.

Is the Balkan Sworn Virgin a Feminist?

Even though this practice might seem like a window to modernity in a society that was, up until 30 years ago, quite closed-off and dated with their beliefs, it was actually an even further perpetuation of the beliefs which held women as second-class citizens. In most cases, these women-by-nature and men-by-choice did not strike the conventional gender norms; they submitted to them. It had nothing to do with female empowerment and everything to do with accepting the fact that women aren’t seen as worthy as men. And it wasn’t about emancipation; it was about honor.

The societies in question firmly believed that only men were worthy of social honors, while women were regarded as sub-human. It was a general fact that men held more social power and, in that way, deserved more respect from society. So the remarkable change these women went through to become men didn’t make them more open-minded or acceptable to other’s identities. They were, in most cases, as transphobic and homophobic as the rest of their community. So even though this might seem like a step toward gender equality, it is deeply unfeminist by today’s standards.

But much like any ideology from the past, we must consider the time and place. By today’s standards of living, this type of attitude would be utterly wrong and break mainly every human right. The societal standards of rural communities closed in a communist regime, filled with poverty, infant mortality, illiteracy, and blood feuds leading to the deaths of many young males all create a fairly unstable standard of living, which, as a result, called for strict societal norms to keep them somewhat safe. These norms are an interesting benchmark of how societies change and how far we’ve come as a society. 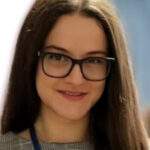 By Katarina PalinicMA Political ScienceKatarina is a contributing writer from Croatia with a passion for political history. She recently obtained her Master's degree in Political Science from the University of Zagreb. Her professional interests include geopolitics, diplomacy, and European history.

The 9 Most Iconic Documentary Photographs of All Time