Are We Living in Byung-Chul Han’s Burnout Society?

Today, we are in the midst of a burnout epidemic. Byung-Chul Han detects a new shift beyond disciplinary society toward a society of overachievement.

In the last century, we have been moving from a “negative” society of prohibitions, rules and tight control into one which compels us to constantly move, work, consume. Our dominating paradigm tells us we should always be doing something. We have entered what South-Korean-born, German-based contemporary philosopher and cultural theorist Byung-Chul Han calls “the society of achievement”, which is characterized by a compulsion towards action at all times. We feel uneasy, we can’t sit still, we can’t focus or pay attention to the things that matter, we’re anxious about missing out, we don’t listen to each other, we have no patience and most importantly we can never allow ourselves to get bored. Our current mode of consumption has declared a war on boredom and our mode of production has declared a war on idleness.

Byung-Chul Han and the End of Stable Capitalism

In recent decades, there has been a steady rise in the popularity of self-help books and a new glorification of ‘hustle’ culture. Working a 9-5 job is no longer enough, you need multiple income streams and a ‘side hustle’. We also see the growing influence of the gig economy, with giants like Uber or DoorDash, which signals the demise of the old Fordist model of work, where a worker could show up regularly to his 9-5 job for forty years straight.

These stable relations are unimaginable in the current climate which demands constant transformation, acceleration, overproduction and overachievement. It is not surprising then that we find ourselves in the midst of a burnout and exhaustion crisis. It is no longer as efficient to be told ‘you must do this’. The language has instead changed to ‘you can do this’ so that you voluntarily exploit yourself endlessly.

Byng-Chul Han asserts that we no longer live in a society of prohibition, of negation, and limitation but in a society of positivity, of excess and overachievement. This switch makes the subjects far more productive than they could ever be under a strict prohibitive system. Think again about the self-help genre. What does it do? It guides the subject to regulate, maintain and optimize itself. It promotes a tunnel vision experience of subjectivity isolated within its bubble of the self.

Our experience is never connected to larger systems that silently operate underneath, both limiting and making possible our ability to act but is instead concentrated solely on what you as an individual can do, how you can get a better job or how you can make more profits as an entrepreneur. Self-help is symptomatic of capitalist societies. No other society felt the need to produce a genre which guides its own subjects on how to better be assimilated in its structure.

Our World Is Fleeting

Similarly to how the gig economy has become prominent, replacing previously stable social relations with scattered and temporary relations which are installed ad hoc, so has our attention scattered. Deep contemplation and boredom have become nearly impossible in our age of hyperstimulation. Everything which was considered solid is slowly melting, decaying leaving behind only fragmentary connections that disappear at an accelerating rate. Even religion which grounded people in a strong narrative has loosened its grip.

“The modern loss of faith does not concern just God or the hereafter. It involves reality itself and makes human life radically fleeting. Life has never been as fleeting as it is today. Not just human life, but the world in general is becoming radically fleeting. Nothing promises duration or substance [Bestand]. Given this lack of Being, nervousness and unease arise. Belonging to a species might benefit an animal that works for the sake of its kind to achieve brute Gelassenheit. However, the late-modern ego [Ich] stands utterly alone. Even religions, as thanatotechnics that would remove the fear of death and produce a feeling of duration, have run their course. The general denarrativization of the world is reinforcing the feeling of fleetingness. It makes life bare.”
(22, Burnout society)

The Emergence of the Mindset Culture

In the present context, it is not surprising that we are witnessing another curious phenomenon: the emergence of what can be called self-referential optimism. This is a widespread, almost religious belief that you have to be optimistic all the time. This optimistic attitude isn’t grounded into something real or actual, but only in itself. You should be optimistic not because you actually have something concrete to look forward to but just for the sake of it.

Here we see the creation of the ‘mindset’ myth, the notion that your frame of mind is the only thing that’s holding you back from success. The subject blames himself for his own failures, overworks and exploits himself to meet these ever-accelerating societal expectations. The collapse is inevitable. Our bodies and neurons are physically unable to keep up.

Here we see the final inversion of the object-subject relationship. If it was previously commonplace to believe that your material reality, your community, your economic status helped shape your identity, now this relationship is turned upside down. It’s you who determines your material reality and your economic status. The subject creates his own reality.

A related idea is the growing popularity and belief in ‘the law of attraction’ which holds that positive thoughts will bring you positive outcomes in life and negative thoughts will bring you negative outcomes. You determine everything with your thoughts, with your mindset. The reason why you are poor is not because of any material, political and economic structures keeping you poor, but because you have a negative outlook on life. If you’re unsuccessful you should be working harder, being more optimistic and having a better mindset. This social climate of overachievement, of overwork and toxic positivity leads into our modern burnout epidemic.

The Rise of Positivity Excess

Right out of the gate, Byung-Chul Han posits that a major shift has taken place in recent decades regarding the type of sicknesses and pathologies we are getting struck by. They’re no longer negative, attacking our immunology from the outside but on the contrary, they’re positive. They’re not infections but infractions.

Never has there been another moment in history where people seem to suffer from an excess of positivity – not from the attack of the foreign, but by the cancerous multiplication of the same. He is talking here about mental illnesses like ADHD, depression, burnout syndrome, and BPD.

The foreign has been sublated: the modern tourist now safely travels through it. We are suffering from the violence of the Self, not the Other. The Protestant ethic and the glorification of work is nothing new; however, that old subjectivity which was supposed to also have time for healthy relationships with partners, children and neighbors no longer exists. There’s no limit on production. Nothing is never enough for the modern ego. It is doomed to endlessly shuffling its many anxieties and desires, never resolving or satisfying them but only shifting between one and the other.

Byung-Chul Han asserts that we’ve moved away from modes of external repression, from disciplinary society. Achievement society is instead characterized not by outside coercion but by internal imposition. We no longer live in a prohibition society but in a compulsively free society dominated by affirmation, optimism and consequently burnout.

Byung-Chul Han and the Burnout Epidemic

Burnout syndrome has 2 dimensions. The first is exhaustion, the physical and mental drainage caused by rapid expenditure of energy. The second is that of alienation, feeling like the work you’re doing is meaningless and it doesn’t really belong to you. With the expansion of the system of production comes an ever-increasing narrowness of functions to be filled by workers.

This is the paradoxical place that the post-fordian worker finds himself in. He has to constantly develop new skills, adopt, learn, maximize his efficiency and overall expand his skillset to the maximum just for him to be used in increasingly narrower roles in the system of production. Certain industries, like the service industry, are relatively immune to this process since a job like “waiter” doesn’t become more efficient by being devised in multiple roles, but nonetheless this trend exists in most industries.

Our nerves are fried, saturated, thickened, atrophied, overexcited and overdriven. We’re violently overwhelmed.  It is here when I understood how things have come full circle and how impotent the burnout culture was to respond to its own crisis. The deployment of self-help gurus that help you with burnout are yet another factor which contributes to its further perpetration. By looking at burnout as something to be fixed by yet more self-improvement we have totally missed the mark. How typical of the achievement society which sees everything standing in its way as a problem to be solved.

Burnout can’t be solved, at least not through self-help. It requires something more: the examination and change of the social, cultural and economic systems which give rise to it. Until the core of the problem is addressed, the structures in which we’re situated will keep reproducing the same problem, time and time again. 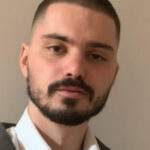 Discipline and Punish: Foucault on the Evolution of Prisons
By Klejton Cikaj, in Philosophy

The Economic Effects of the Cold War: Conservatism Plus Deficit Spending