Dora Maar’s work was often overshadowed by her relationship with Pablo Picasso, but she created captivating images with dreamlike and haunting qualities. 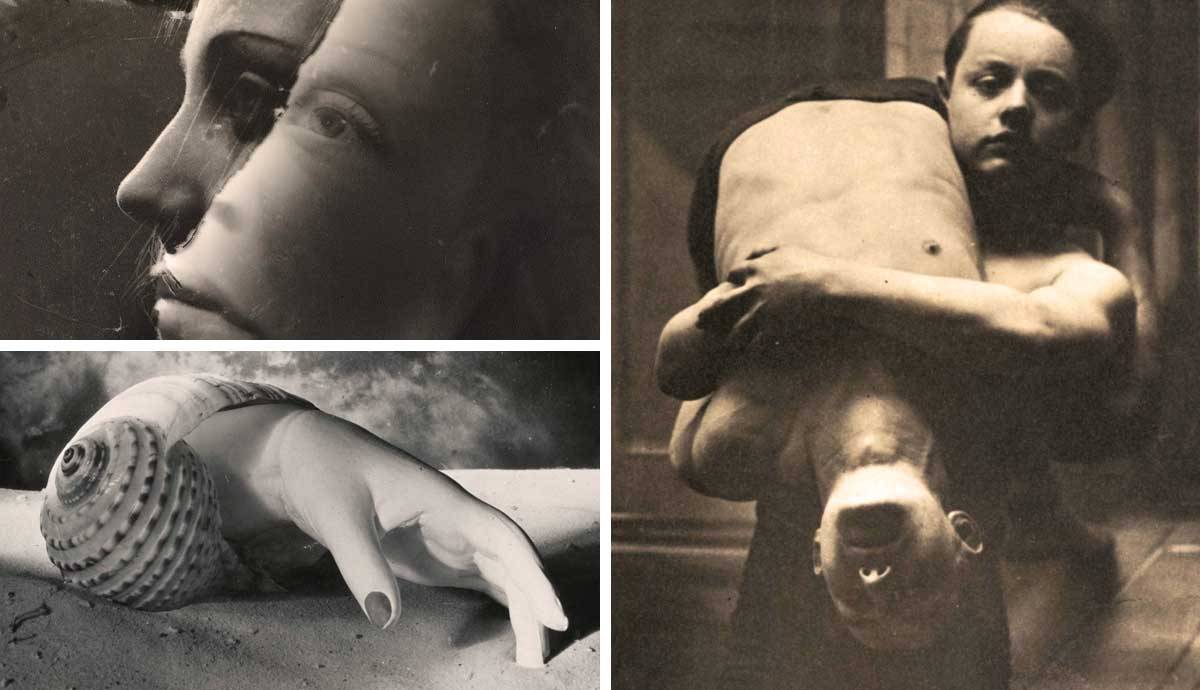 The French artist Dora Maar was born in 1907 as Henrietta Theodora Markovitch. She studied painting and photography in Paris and modeled for artists such as Man Ray, before working as a photographer herself. She became involved with the Surrealists in the 1930s, exhibited with them, and created works inspired by the dreamlike and absurdist aspects of the movement. Maar met Picasso in 1935 and became his lover and his muse. Maar’s work has been the subject of many exhibitions, such as the comprehensive retrospective of her work at the Tate. Here are 9 examples of her fascinating Surrealist art.

Portrait d’Ubu became an icon of the Surrealist movement and is probably Dora Maar’s most famous work. Despite the fact that the artist never confirmed what the work depicts, many scholars have speculated that it is a photograph of an armadillo fetus preserved in formaldehyde. The curious image was distributed as a Surrealist postcard.

The work’s name was inspired by Alfred Jarry’s play called Ubu Roi, which pioneered the Theatre of the Absurd. It is about a grotesque, greedy, and gluttonous character named Père Ubu, who kills the royal family of Poland to become the king himself. While the play was supposed to be a parody of Alfred Jarry’s teacher, it later became a satirical depiction of the French middle class. Ubu Roi was celebrated by Surrealists and Dadaists because of the play’s absurdist nature. Dora Maar’s Surrealist photo references this connection between the play and the Surrealist movement.

Dora Maar’s unsettling and uncanny work titled The Simulator confronts the viewer with more questions than answers. The piece is a montage of two photographs that were rotated and reversed. The background shows the inside of the Versailles Orangerie which is upside down. The boy with the arched back is from a photograph Dora Maar took in the year 1933. He was a street acrobat in Barcelona. In the original photo, the boy is doing a handstand with one arm while putting his feet on the wall behind him.

Dora Maar altered two pictures that displayed either neutral or even joyful scenes. By turning the boy and the architecture upside down and retouching the boy’s eyes so that they appear white as if he was possessed, the image gains a disturbing quality. The title of the work emphasizes the unsettling effect by posing the question of who or what the simulator is in this instance.

At first glance, this work might look more like a piece of street photography than a Surrealist artwork, but the man who is looking inside a sidewalk inspection door also has Surrealist qualities. One characteristic of Surrealism is the combination of dream and fantasy, or consciousness and unconsciousness. The French writer André Breton, who was one of the founders of Surrealism, wrote in his Surrealist Manifesto: “I believe in the future resolution of these two states, dream, and reality, which are seemingly so contradictory, into a kind of absolute reality, a surreality, if one may so speak.”

The man is in an almost absurd position with his head hidden underneath the street and the rest of his body exposed. It is a sight we do not get to see every day and by opening this door, it seems as if he is opening a portal to something that is usually hidden or not accessible to us, just like the unconscious aspects of our mind. The photograph of the man combines those two aspects of what is hidden under the surface and the things above it, which we see and experience in our everyday life.

In 1932, the photographer and film set designer Pierre Kéfer invited Dora Maar to share his studio. Together, they made portraits as well as commercial work. During that time, the artist began using the name Dora Maar to inscribe her works. The photomontage Untitled (Hand-Shell) was part of the Surrealist work that Maar did in this studio. It shows a perfectly manicured hand with painted fingernails coming out of a shell. The piece is characterized by a dreamlike atmosphere, which aligns with the ideas of the Surrealist movement.

The feminine and elegant hand protruding from a shell are reminiscent of common art historical symbols and subjects. In her text Dora Maar and the Art of Mystery, Julie L’Enfant called the image a kind of surreal Birth of Venus. Since Dora Maar was known for her beautiful hands and long red fingernails, the work has been interpreted as a representation of the artist’s own hands.

The title already suggests the purpose of this image. The years lie in wait for you was probably an advertisement for an anti-aging product. Dora Maar also created images for commercial purposes, such as fashion ads, but these works are still valued for their unique artistic quality. By making it visible that the image has been altered, Maar reveals the artificialness of the ad and therefore also its possibly problematic political message. This obvious construction makes her commercial work similar to her artistic Surrealist images.

She created the piece by combining two separate photographs: one of a spider’s web and a portrait of her close friend Nusch Éluard, who was a French performer, model, and also a Surrealist artist.

The two faces depicted in Double Portrait with Hat are from a magazine assignment Dora Maar did on springtime hats. The image, therefore, shows the connection between her work as a commercial photographer and as an artist. She used two negatives of the same model to create the work and painted the background and the hat onto the negative.

Double Portrait with Hat reminds us of Picasso’s weeping woman series, which was based on Dora Maar who was the artist’s muse and lover at the time. Picasso portrayed her as he saw her, as someone with shiny black hair and a sad, tearful nature. Dora Maar, however, did not agree with his depiction of her and told the American writer James Lord that all of Picasso’s portraits of her are lies. She said: They’re Picassos. Not one is Dora Maar.

Dora Maar created a nightmarish vision in 29 Rue d’Astorg, which consists of an unidentifiable doll-like female figure sitting on a bench in a distorted corridor. It is another example of her work that was published as a postcard by the Surrealists. The artwork could have been inspired by Picasso’s depictions of his wife Olga. Julie L’Enfant mentions this comparison in her text Dora Maar and the Art of Mystery. Since Picasso often portrayed her with large limbs and a small head, the similarly depicted female figure in Dora Maar’s 29 Rue d’Astorg suggests a connection. The title was inspired by the address of Daniel-Henry Kahnweiler’s gallery. Kahnweiler was an important dealer of Picasso’s work.

The piece is also reminiscent of artworks by Giorgio De Chirico such as his The Disquieting Muses or The Anxious Journey. Giorgio De Chirico was the founder of metaphysical art, which had a great influence on the Surrealist movement. The art historian Julie L’Enfant mentions another work of art that could have influenced 29 Rue d’Astorg: a scene from the silent horror film The Cabinet of Dr. Caligari, an important example of German Expressionist cinema. It is possible that Dora Maar created the piece as an allusion to a scene from the movie since she knew the French screenwriter Louis Chavance. She therefore might have been familiar with the film as well.

Mannequin in Window incorporates Dora Maar’s role as a Surrealist artist in her street photography. The eerie effect of the mannequin looking outside the window is emphasized by the empty mirror that seems like it should reflect the photographer. For art historian Alyce Mahon, the mannequin as a Surrealist found object has uncanny qualities. According to her, the uncanny is often triggered by a sense of fear and alienation in a dwelling or in a crowd. Dora Maar combines the creepy impression of the mannequin with the uncanny quality of the city where this alienation in a crowd can take place. This Surrealist photograph is a part of the 2022 exhibition Our Selves: Photographs by Women Artists from Helen Kornblum at the Museum of Modern Art, which features 90 photographic works by female artists from the last 100 years.

The image seems similar to Dora Maar’s work The Simulator. A boy is displayed in a position with an extremely arched back. In this picture though, another boy is carrying him while walking forward. It looks less sinister than The Simulator, but it still creates a dreamlike and Surrealist atmosphere by piecing together different elements in one work.

One of those elements is the figure in the background which seems to be out of place. The woman in the background is wearing a costume of the Roman goddess Minerva. She is the goddess of the arts and of war and she appears in this image just like she would in a dream. The incorporated figure is from one of Dora Maar’s original photographs titled Photograph depicting a Minerva in the spirit of 1900.