HomePhilosophyWhat is Embodiment? Maurice Merleau-Ponty’s Philosophy of the Body

What is Embodiment? Maurice Merleau-Ponty’s Philosophy of the Body

Throughout the history of philosophy, there have been attempts to redeem the body from its lowly place in Plato. Maurice Merleau-Ponty seeks to elevate it to the role of philosophy’s foundation. 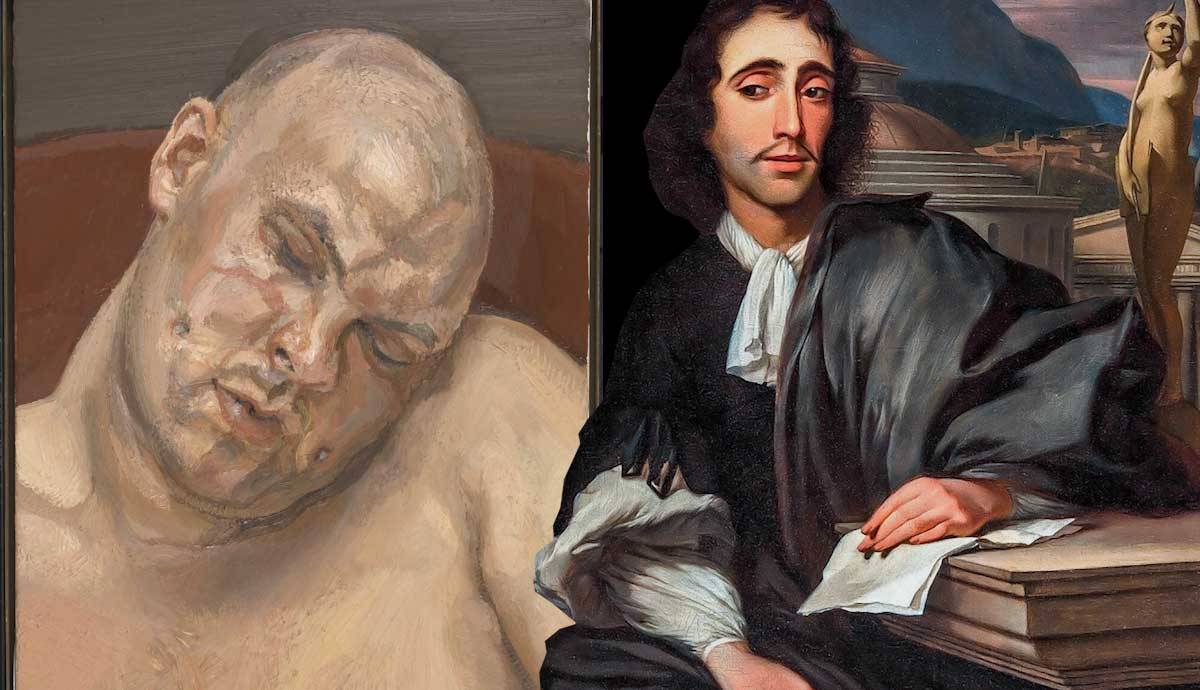 French 20th century philosopher Maurice Merleau-Ponty identified a long line of dualist philosophers, perhaps chief amongst them Plato and Descartes, who had tried to separate perception from the bodies that do perception. At the core of his phenomenological project lies a strong tether between the subject who writes philosophy, the textual ‘I’ and their body. At its most basic: this tether reminds us that we are always and inseparably our bodies, and those bodies are always ‘open onto’ (or enmeshed with) the world. Merleau-Ponty’s case is that philosophers’ attempts to ignore our bodies and their worlds, often as the starting point of what it means to do philosophy, is incoherent.

Maurice Merleau-Ponty suggests that while we have grown accustomed to thinking and speaking about perception in the first person, we continue to think about bodies, even our own bodies, in the third person. By way of example, he critiques Descartes’ description of somebody with a pain in their foot. Descartes suggests that such a pain does not really exist in the foot itself – this being merely illusory – but rather in the mind, a pain which the foot, or some damage to it, has caused.

Merleau-Ponty pushes back against this strikingly unintuitive description of pain, restoring the body to its role as something we are, not something our minds live in. He criticizes Descartes, and those who take up his way of speaking about the body, for making our own bodies sound like other objects that we interact with.

Even if we were to interact with other people’s bodies in this way, suggests Merleau-Ponty, it is not so much mistaken as impossible to treat one’s own body as if it belonged to someone else. He writes:

“I observe external objects with my body, I handle them, inspect them, walk around them. But as for my own body, I do not observe it: to do so, I would need a second body, which would itself be unobservable.
Merleau-Ponty, Phenomenology of Perception.” (1945)

The Body as the Ground of Perception

Maurice Merleau-Ponty also compares the necessity of the body to other, contingent, things that might surround the body, like clothes that one never takes off, and concludes that this proximity, even if permanent, does not make these appendages akin to organs. In making this comparison, Merleau-Ponty seeks to dismiss thinkers who imagine the parts of the body to merely be close to the mind, surrounding such that they gain a contingent importance, but no more essential to it, in the last analysis, than any other part of the mind’s immediate surroundings.

While the distinction between organs and clothing might at first appear straightforward, the conception of the body it implies is foundational to Merleau-Ponty’s rejection of swathes of thinkers from the philosophical canon. Though intuitive, this hard distinction between one’s own body and objects beyond it is also difficult to uphold in the face of all kinds of cases which muddy the boundaries of the body, and in light of much of the philosophy of bodies that has followed Merleau-Ponty.

Echoing Martin Heidegger’s ‘always already’, Merleau-Ponty dismisses everything from clothes, to prosthetics, and (we might extrapolate) the more ambitious prosthetic and cyborg aspirations of post- and trans-human theorists, as being essentially posterior to subjecthood, in a way the organic body is not.

These things might well become integral parts of perception, as anyone who has to wear glasses might readily object, but it is possible to imagine (and experience) perception and thought without them, just as it is possible and coherent to perceive and act while missing limbs and senses. To imagine perception and thought as completely disembodied however, abstracted away even from the body with no functioning senses at all, remains for Merleau-Ponty incoherent: in violation of necessity itself.

The fact that we ‘do’ perception is also crucial to Maurice Merleau-Ponty. A central part of the philosophical tendency he is writing against is the straightforward separation of perception and action. This tendency is exhibited in Kant’s split between ‘receptivity’ and ‘spontaneity’, as well as in the Cartesian idea that events in the body are always caused by events in the mind, but also more contemporaneously to Merleau-Ponty, in 19th century psychology’s interest in the ‘reflex arc’.

Like the Gestaltists from whom Merleau-Ponty drew a number of foundational concepts, and John Dewey, whose pragmatist influence is also strongly felt in Merleau-Ponty’s writing, the latter rejected these mechanistic explanations of sensation and action as misleading and atomistic. If the appealing simplicity of the reflex arc entails something like Receptive Eyes 📫 Nerves 📫 Active Limbs, Merleau-Ponty objects that perception is never without action, and action never without perception.

In the chapter of Phenomenology of Perception entitled ‘The Theory of the Body is Already a Theory of Perception’ he describes walking around his flat looking at things. The walking and the looking are not readily separable activities, the only means – he suggests – of understanding that views of an object from different angles are views of a single object is by being a body, which experiences movement through space as it goes.

The visual data would by itself remain unintelligible, relying as it does on the moving body to collect it, but also to understand it. There exists therefore, a loop of mutual reinforcement between the bodies various senses and activities; there is no simple set of causal arrows to be drawn up that defines this relationship. In language reminiscent of the cybernetic theory that would later draw from his work, Merleau-Ponty writes: ‘the relations between the organism and its environment are not relations of linear causality, but of circular causality.’ (Merleau-Ponty, The Structure of Behaviour, 1942)

Maurice Merleau-Ponty’s theory of perception draws heavily on a number of other thinkers, both philosophical and not. Perhaps most prominent in the way he theorizes perception and its relation to behavior is the influence of Bergson, whose idea of ‘affect’ proposed that a process of constant mutual shaping occurred between perception and the possibilities, or memories, of behavior in a given environment.

Bergson suggested that rather than vision being something abstract, which can be imagined leaving the body behind in the attainment of total, simultaneous comprehension, the senses are instead inextricably bound up with how we use our bodies to move around and act, and with what we can remember seeing and doing before.

In other words, when you look at a room, or a landscape, it is not just the organic properties of your eyes that condition perception, but the totality of interactions between the senses and the faculties to act, that simultaneously assess that scene. Our eyes alight on furniture we could sit on, rocks we might climb, or dangerous waters; these are not effects of a perception that is causally prior to them, but part and parcel of vision itself.

As Taylor Carman puts it, in his introduction to Merleau-Ponty, ‘Perception is always both passive and active, situational and practical, conditioned and free.’ (Carman, Merleau-Ponty, 2020) In declaring the primacy of the body, as both the logical grounds for thought and perception, and as the active apparatus that shapes perception, Merleau-Ponty situates himself in a loose tradition of philosophers who have elevated the body beyond its ignoble place in Plato.

Crucial to this tradition is Baruch de Spinoza’s rejection of Cartesian causation; Spinoza posited simultaneity between events in the mind and the body. Bergson also figures prominently in this tradition, alongside Husserl, whose phenomenology paves the way for Merleau-Ponty’s, and Nietzsche, who writes in his 1886 preface to The Gay Science: ‘on a grand scale, philosophy has been no more than an interpretation of the body and a misunderstanding of the body’.

For Nietzsche, as for Merleau-Ponty, the body is more necessary and more enmeshed with the world than is implied by the kind of thinking championed by Descartes. The misunderstanding has in large part consisted in the tendency to treat body and world alike (the world, that is, that our bodies are immediately entangled with) as contingent, more contingent than a priori truths, rather than as that which we properly refer to when we say ‘I’: something always already involved when we think, and even when we start to doubt.

For Nietzsche, philosophy has been an interpretation of the body precisely because of that necessity: if thought cannot circumvent its situatedness in the body, but fails to acknowledge that situatedness, then the physiological leaks, unacknowledged, into even the philosophy that most proudly avows its bloodlessness.

Nietzsche centres the body’s appetites more than Merleau-Ponty in his critique of rationalism, speaking of the origins of philosophy as an outpouring of unacknowledged desire, stemming not from detached contemplation, but from the needs of the body itself. Merleau-Ponty, however, shares with Nietzsche the idea that the world and its bodies are not things arrived at (proven or refuted) by reasoning, but are already and immediately present, necessary to life itself and, thus, to philosophy. Nietzsche writes:

“We have arranged for ourselves a world in which we are able to live – by positing bodies, lines, planes, causes and effects, motion and rest, form and content; without these articles of faith no one could endure living! But that does not prove them. Life is not an argument; the conditions of life might include error.”
Nietzsche, The Gay Science (1882)

The idea here is not that we should in fact become more skeptical about the world, but that those things which Descartes treats as contingent in the world, or which Kant seeks to categorize, are not in the first instance expressions of a way of contemplating the world. Rather, they begin and remain as expressions of the body, its needs and its desires: the very ground of philosophy.

Jung’s Most Controversial Idea: What is the Collective Unconscious?
By Viktoriya Sus, in Philosophy
Two Mind-Blowing Paradoxes by Zeno of Elea
By Luke Dunne, in Philosophy