Throughout his highly original philosophical oeuvre, Martin Heidegger puts forward a radical critique of science. This article explains his point of view by looking at his reevaluation of Western thought. 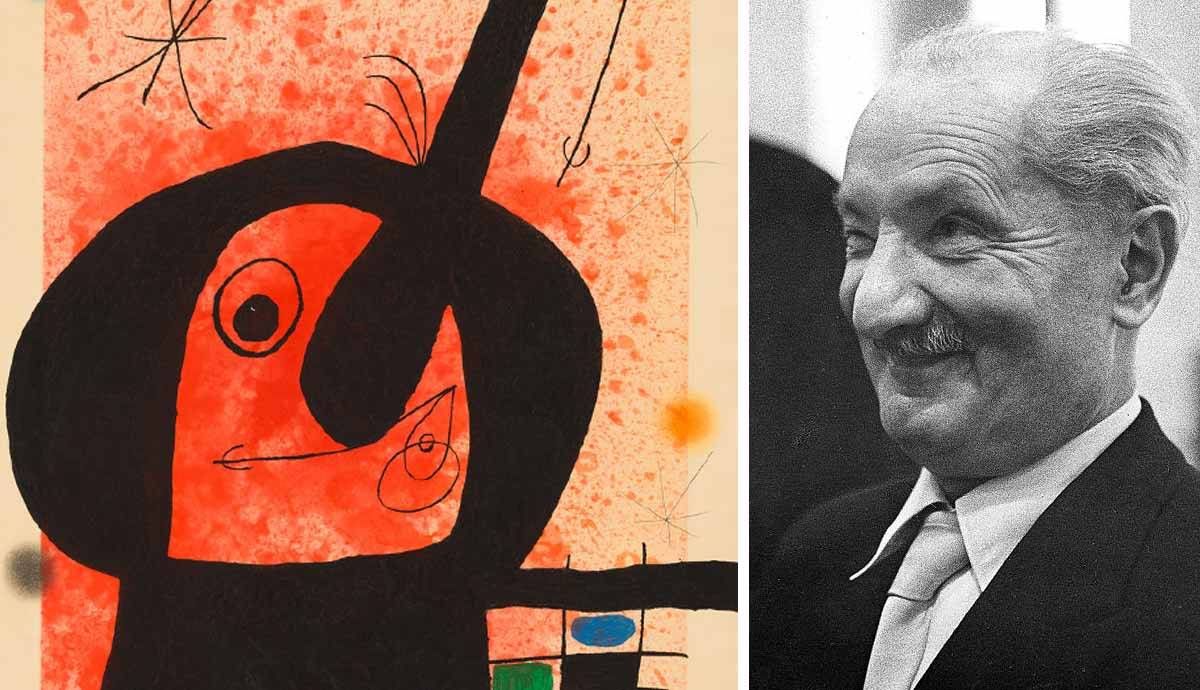 Martin Heidegger’s critique of technology has received much attention in recent decades. The imminent climate catastrophe due to our species’ emission of fossil fuel has greatly contributed to boosting the attractiveness of his radical ecologism. But too often the extremism of his critique obscures the profundity of the philosophical outlook from which it develops. Nothing is further from Heidegger than some gratuitous radicalism. The present article will try to make sense of Heidegger’s critique by deriving it from his thorough reexamination of Western thought and the pivotal role that science plays in its history.

Martin Heidegger and Edmund Husserl on Science and Philosophy

In a university lecture in 1951 – later published under the title What Is Called Thinking? – Martin Heidegger famously affirmed that ‘science does not think’. In the same text, he characterizes science as the mindless accumulation of results that manifests indifference rather than interest in the world.

But what is thinking? To fully grasp what Martin Heidegger is getting at, one needs to have an idea of his highly original philosophical position. Heidegger belongs to a tradition named phenomenology. Its defining idea is that our judgments about reality must be rooted in an analysis of how reality appears to us. To Edmund Husserl, the father of phenomenology, philosophy’s main task must therefore be a description of our immediate experience. To be certain that our ideas about reality are not illusory, we need to suspend our belief in them and analyze what they contain. A phenomenological approach to our experience does not look at what it reveals but how it reveals.

Its difference from the usual approach to experience is best captured by analyzing abstract entities. We are used to thinking about space as the setting in which a number can precisely measure the distance between two points. A point in space can be unequivocally characterized as a collection of three numbers (x, y, z) on three axes.

The phenomenologist Dan Zahavi, taking inspiration from the likes of Husserl and Heidegger, has developed another conception of space. Let us consider the distance between Paris and Tokyo. According to the usual conception, it can be measured as approximately 6,044 miles (9,726 km). But this doesn’t capture the way this distance reveals itself. How indeed does one experience something as distant? Zahavi’s phenomenological approach can help us to think about the difference between, for instance, the current distance between Paris and Tokyo and the same distance a couple of centuries ago. At the start of the 19th century, a voyage to Japan from the French capital was virtually unthinkable. Two centuries later, one can make the trip in one day for a relatively low price. All the while, the distance has remained 6,044 miles.

This approach to experience had a great impact on the philosophy of Heidegger, who was Husserl’s assistant before occupying his mentor’s post. However, his starting point was not an analysis of experience, but an analysis of Being.

The Question of Being in Heidegger’s Being and Time

To understand the nuance here, it may be useful to introduce Heidegger’s concept of ontological difference. The word ‘being’ can have two fundamentally different meanings. On the one hand, it refers to objects or things that exist. In that case, being can be preceded by an indefinite article: a human being, for instance. On the other hand, it refers to the very fact that such objects or things are. An elementary statement has a subject, a predicate, and a copula that links the subject and the predicate: the chair (subject) is (copula) white (predicate). While the meaning of the subject and the predicate can usually be fixed straightforwardly, the term ‘is’, the Be-ing of beings, seems to elude any definition.

Heidegger’s Use of the Phenomenological Method

For Martin Heidegger, however, that is not entirely true. The term ‘is’ implies a particular mode of revealing. To be for a being is to be presented or presentable to someone in some situation. Here phenomenology comes in handy. How a thing is presented in a situation must be the way it appears or the way it becomes an object of experience. Therefore, the study of Being is a phenomenological investigation that attends to the different ways in which beings appear to us.

Let us look at a couple of examples. For the author of Being and Time, the most immediate mode of Being (or appearing) is for a piece of equipment to be ready at hand. A carpenter has immediate awareness of the hammer that he uses even before thinking consciously about it as an object. The hammer is not a bundle of different properties, a given weight, and a given form, but something that allows someone to carry out some task.

Heidegger’s analysis of the Being of the hammer is supposed to show the following: the most natural mode of Being is not the Being of things, which Heidegger calls thinghood. Reality is not the indifferent three-dimensional space which things inhabit, indifferent towards that in which they dwell. To inhabit the ‘space’ of a tool is to be useful. But the hammer is only useful because what can be built with it, say, a house, is also useful. Furthermore, the carpenter also only experiences the hammer as useful because he is making himself useful to the people around him. To appear or inhabit a ‘space’ is here to enter a network relating means to their ends and relating those ends to other ends.

But let us look at another way of Being of beings. It can emerge when a tool like the hammer becomes unfit to serve its purpose. When the head of the hammer breaks off from the handle, the carpenter experiences it in another way, namely as a thing with properties which do not allow him to fulfill his task. The hammer is now as “present at hand”. Its mode of appearance is more like that of an object – a “something” – than that of a tool. The breaking of the tool thus seems to be a step towards the objectivity of things within space. Heidegger’s analysis here suggests that objectivity is the interruption of subjectivity. He reverses the usual priority of objects, which are thought to exist before and outside of their inherence in experience. The hammer, we believe, exists regardless of its usefulness to the carpenter.

What Is Called Thinking?

The critical thrust of Heidegger’s thought is that as the history of our civilization progresses, these different manners of interpretation have become pretty much the same: the original richness of Being has been lost or forgotten. The main culprit is the scientific and the philosophical mode of Being. Today, beings can only be as things with measurable properties. To exist means to occupy some measurable amount of space, have a measurable weight, and – crucially – be exploitable to a measurable extent. It is of course within this mode of Being that objects are thought to exist before entering into a meaningful relationship with other objects.

The predominance of measurable exploitability marks the current reign of technology that Heidegger abhorred. The German philosopher holds that we have become unable to appreciate beauty and wonder in the world. Everything, including us, is perceived as potential input to industrial production.

‘Science does not think’ means that science obscures Being with abstract numerical properties. In his 1951 lecture, Heidegger reminds his audience that ‘thinking’ is etymologically linked to ‘thanking’. The common root of these verbs resides for Heidegger in the opening of the inside to the outside. Thanking is acknowledging whatever it is one is thankful for. Likewise, thinking is being receptive to something in the world. Thinking about the river Rhine, Heidegger’s favorite example, is not to understand how much water flows through or how much energy can be created by converting its movement to electricity. It is understanding and adapting oneself to the river as an element in a world of meaning. Whereas science is essentially reductive, thought must be receptive.

Poetry as an Alternative to Scientific Philosophy

For Martin Heidegger, these remarks about science also call for a reevaluation of philosophy. Philosophy has, since Plato, been complicit with science in obscuring Being with abstractions. Plato famously argued that access to philosophy is gained through a mathematical rupture with experience. The ever changing flow of experience cannot be trusted. Philosophy must start like mathematics, with axioms. In Ancient Greek mathematics, axioms were statements thought to be true by themselves, without reference to any external state of affairs. They could therefore shun experience while providing mathematical reasoning with a point of departure beyond dispute.

Philosophy in its platonic form combines an admiration of scientific rigor with a suspicion for poetry. Poetry, which is, in a sense, a reflection on the singular within our experience, must be banished from Plato’s utopia. Heidegger thinks quite the opposite. His alternative history of philosophy recounts the progressive oblivion of Being. Plato contributes largely to this oblivion by subordinating experience to the very thought that starts with axiomatic rupture. René Descartes consecrates it by transforming the world into external objectivity (things with properties).

According to Heidegger, thought must be reinvented against the platonic tradition, which he believed to be the origin of philosophy. Its model should not be mathematics’ structured reasoning but poetry’s creative metaphor. Since Being is a mode of revealing beings (as useful, as obstacles, as self-subsistent and measurable), thought must be the invention of such modes.

And that is exactly what a metaphor does: it offers a new way of thinking about the world. Comparing, say, the different stages of the human lifespan with the four seasons gives us another way of thinking of our existence. Notably, Friedrich Hölderlin’s and Rainer Maria Rilke’s poetry helps Heidegger to give meaning to our dwelling within the world. The German poets poetically renew the meaning of how we feel at home. They do so by metaphorically rethinking the constituents – the fourfold in Heidegger’s lingo: the earth, the sky, the mortals, and the divinities – of our belonging to our environment.

For Martin Heidegger, Poetry Thinks in a Way Science Cannot

A comparison of science to poetry thus reveals the meaning of Martin Heidegger’s ‘science cannot think’. Poetry can think because it allows us to see the world differently. Admittedly, science also opens a certain experience of the world. But it does so by closing all other routes, by reducing all other experiences to its own thinking, arrogantly supposing that it is the one and only true thought of reality. Indeed, the monotony of scientific thought, compared to poetic creativity, can seem to be more like a bad habit than a true thought. 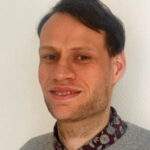 By Tryggvi UlfssonMA Contemporary European Philosophy, BA PhilosophyTryggvi is a PhD candidate in philosophy at Université Paris VIII. He holds an MA in philosophy from the same university, as well as from Kingston University, south of London. He is finishing a thesis in which he explores the enigmatic relationship between philosophy and mathematics. He has published articles on speculative realism, Alain Badiou, Jacques Derrida, and the great Léon Brunschvicg whose works have sadly become all but forgotten.