The perfectly symmetrical grand mortuary temple of Hatshepsut is part of the fascinating Egyptian queen’s legacy.

Hatshepsut was a female Pharaoh who rose to become one of the most important female figures in Egyptian history. Despite her successors’ attempts to remove her name from the record, she is still remembered for her tenacity and the astonishing temple structure she created near Thebes. Read on for more on Djeser-Djeseru, Hatshepsut’s mortuary temple.

Hatshepsut: Who Was the Queen-King

Hatshepsut came from a royal lineage. Her father, Pharaoh Thutmose I, was succeeded by Hatsepsut’s husband and brother, Thutmose II.  Following Thutmose’s death, Hatshepsut served as the regent of Egypt, since Thutmose III, the son of Thutmose II from a secondary wife, was too young to rule.

Hatshepsut wasn’t satisfied with being a mere regent, and especially to a Pharaoh who wasn’t her own son. After a few years of serving as the regent, she elevated herself to the position of Pharaoh.

Hatshepsut had work to do in order to legitimize her rule. Traditionally, one of the best ways to appear legitimate in the eyes of the Egyptian people was for rulers to present themselves in reliefs, statues, and other recognizable symbols.

Hatshepsut already held a high position in Egyptian society. She was a prominent member of the royal family and held the title “God’s Wife of Amun” early in her life. This prestigious position placed her at the top of the religious hierarchy of the time. The Queen used religion and iconography to shape and further improve her public image. This process began with reliefs depicting her father bestowing divine blessings to her. This association with the divine was a cornerstone of her campaign.

Eventually, Hatshepsut began ordering record numbers of statuary. At first, she was depicted as a man with all the trappings of the Pharaoh, including the traditional false beard. However, her later statues began to look distinctly female.

By utilizing her bloodline, religion, and creating an overwhelming number of statues, Hatshepsut began acquiring public support. During this time, she also sought to align her name with that of Ahmose I, who had driven back the Hyksos at the start of the 18th Dynasty.

The Temple at Deir el-Bahri, and Hatshepsut Temple

The Temple at Deir el-Bahri is easily one of the most recognizable structures representing Ancient Egypt. The temple complex is a popular tourist destination and contains more than just Hatshepsut’s temple. The entire complex includes the mortuary temples of Mentuhotep II and Hatshepsut’s successor, Thutmose III. However, Hatshepsut’s temple also known as Djeser-Djeseru is the most well-known part of the site.

A mortuary temple is not a tomb but a place for worshipping the deceased and celebrating their reign. Each Pharaoh would have a ‘cult’ following their journey to the afterlife, and their mortuary temple would be the place where they were worshipped. As such, each temple included chapels, inscriptions, and reliefs to celebrate a Pharaoh’s achievements, as well as statuary depicting them as various gods. Deir el-Bahri was no exception.

Djeser-Djeseru is the ancient Egyptian name for Hatshepsut’s temple, translated as ‘the holy of holies’. Today, Egyptologists use it as the name for the main building at the Deir el-Bahri complex.

The terraced, colonnaded structure of the temple is eye-catching and, interestingly, perfectly symmetrical. Although we usually associate architectural symmetry with Classical Greece and mainly the Parthenon, Hatshepsut’s mortuary temple predated the Parthenon by a good few centuries.

In choosing her temple’s location, Hatshepsut strategically picked a location close to the tomb of her father, Thutmose I. His was one of the first tombs in the Valley of the Kings. It’s possible that Hatshepsut’s mortuary temple drew attention to the site and began the trend that kings would follow for the rest of the New Kingdom.

Djeser-Djeseru contains multiple reliefs celebrating Hatshepsut and proclaiming her divine origins, as well as chapels devoted to the worship of the various gods that were associated with the Queen.

Hatshepsut’s Chapels to the Gods

Chapels were an important part of mortuary temples, providing a place to worship and present offerings to the deceased Pharaoh. Common were reliefs showing the Pharaoh among the gods.

The Sanctuary of Amun

The  Sanctuary of Amun was the centerpiece of the chapels in Hatshepsut’s temple. The sacred space included two main chambers, both carved into the rock. The first, called Bark Hall, included paintings and reliefs of past Opet festivals. The second chamber, the Hall of the Offering Table, was the innermost sanctuary and the last part of Hatshepsut’s temple. Here, offerings were made to Amun and Hatshepsut as his daughter.

The Chapel of Hathor

Hathor was an important mortuary goddess in Thebes and the surrounding areas, so her presence here was essential. The goddess was also worshipped as a guardian called ‘The Mistress of Punt’. For this reason, her chapel was located right next to a relief recording Hatshepsut’s trade relations with Punt.

Hathor’s chapel contained a hypostyle hall, complete with depictions of the goddess in her popular form as a female head with cow horns.

The Chapel of Anubis

On the opposite side of the second level, lay the chapel of Anubis, the god of the afterlife and the dead. This area was heavily damaged by Hatshepsut’s successors, Thutmose III and Amenhotep II, who destroyed all the reliefs depicting the Queen, as part of an attempt to erase her memory from history. Anubis and the depictions of Thutmose III, her co-regent and immediate successor, are intact. The Anubis chapel is small, but it’s an important part of the mortuary complex.

At the top level of Hatshepsut’s temple were the Osirides, statues depicting Hatshepsut as Osiris with the Pharaonic double crown. The use of the false beard was an exclusively male symbol and Hatshepsut was the first woman to adopt it. In this case, the upward tip indicates divinity.

In another relief, Hatshepsut is depicted in a trade mission to Punt. During earlier dynasties, trade with Punt allowed for the import of exotic goods. Trade negotiations with Punt were very successful during her reign and resulted in an influx of gems, exotic animals, incense, and other important luxury goods. It makes sense that she would want to immortalize these triumphs in her mortuary temple.

Notable reliefs on the top level of the temple (reserved for officials and high-ranking members of the priesthood) include inscriptions of Hatshepsut’s coronation, as well as scenes, where offerings are presented to members of Hatshepsut’s family lauding them as divine.

Hatshepsut’s successor attempted to erase the Pharaoh’s name from history, a practice known as damnatio memoriae (condemnation of memory). There’s no way to know if Thutmose III or his son, Amenhotep II were responsible for this. However, the case remains that Hatshepsut’s name was removed from many of her reliefs and her monuments were usurped. Luckily, whoever is to blame was not thorough enough.

It wasn’t uncommon in Ancient Egypt for new Pharaohs to appropriate the statuary and monuments of their predecessors. Ramses II did this quite a lot. Reinscribing monuments and chiseling cartouches away was common practice to prioritize the rule of the current Pharaoh.

However, when Hatshepsut was denounced by her successors, the destruction went beyond changing names. Her statues were destroyed and smashed en masse. Her name and image were chiseled off of reliefs, even those inside her temple. Thankfully, the sheer volume of works that she created during her reign made her inerasable.

Hatshepsut’s mortuary temple is one of the reasons why we remember the female Pharaoh today. From its perfect symmetry to its colonnades and reliefs, it’s an impressive architectural marvel emblematic of ancient Egypt. 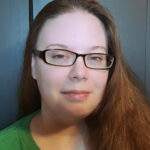