Ramesses II, or Ramesses the Great, is one Ancient Egypt’s most famous pharaohs. An able military commander and the divine king 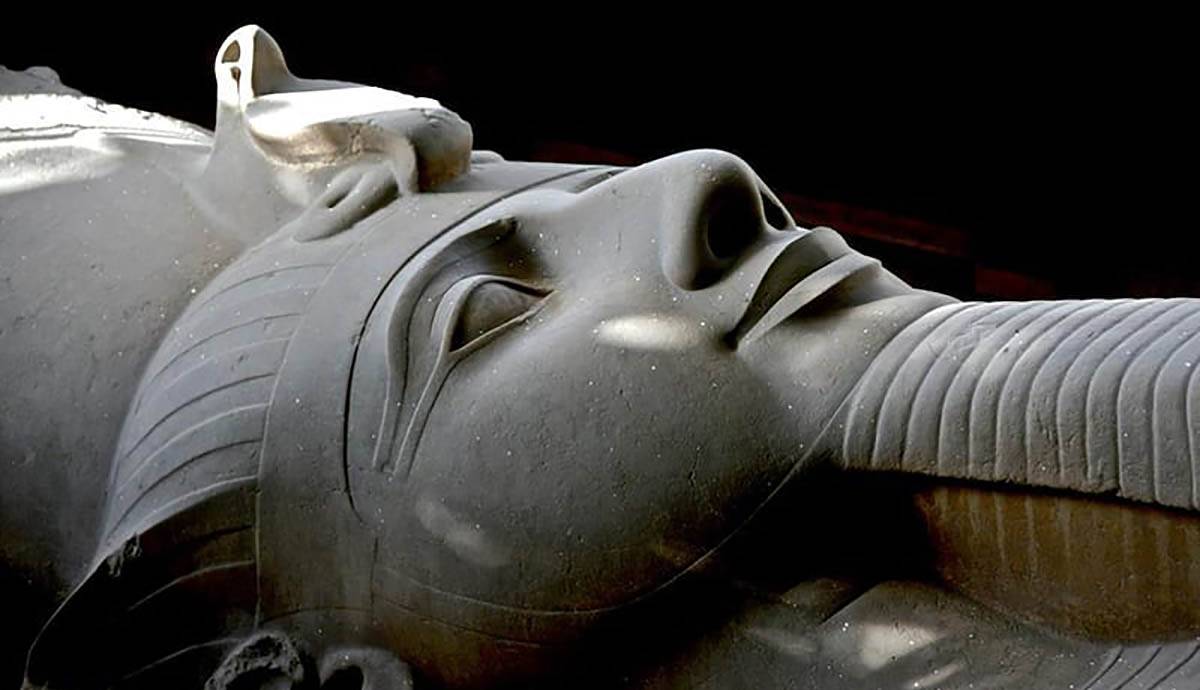 The beginnings of a legend

Ramesses II, or Ramesses the Great, is arguably the most famous King of Ancient Egypt. He was the third pharaoh of the 19th Dynasty, the son of Seti I and grandson of Ramesses I, who was pharaoh only a year after being handed the throne by the death of King Horemheb.

Seti I named him Prince Regent at 14 and Ramesses assumed the crown less than a decade later. He spent the early part of his reign subduing enemies such as the Hittites, Syrians, Libyans, and Nubians, re-asserting or expanding the borders that had declined during the heretic rule of Akhenaten.

Ramesses II was also responsible for some of Ancient Egypt’s most exceptional building projects such as Abu Simbel and his mortuary temple, the Ramesseum.

The Hittites and the Battle of Kadesh

Kadesh was a Syrian city under Hittite control that had been previously held by Ancient Egypt. After becoming pharaoh, Ramesses II wanted to take it back, make a name for himself as a warrior king, and stop other nations from attacking Egypt. He sent an expeditionary force of the army, then followed behind with the main bulk of his chariot troops along a different route.

The Egyptians captured Hittite soldiers, spies who were able to dupe Ramesses II into believing Kadesh was unfortified and ready to be taken. Ramesses II attacked, only to spring a Hittite trap and he fought for his life, battling bravely at the head of his outnumbered troops until help arrived from another Egyptian force.

Military scholars believe the Battle of Kadesh featured 3,500 chariots on both sides, and as many as 30,000 troops. The Egyptians were ultimately unable to take Kadesh, eventually signing history’s first recorded peace treaty with the Hittites after more years of skirmishing.

Ramesses II utilized the battle to strengthen his aura as ruler of Ancient Egypt among rivals and domestically. Ramesses II built more than 10 monuments to depict his heroism at Kadesh, the propaganda increasing his reputation and solidify the power of the Egyptian state.

The origin story of Ramesses II as the son of Amun-Ra is told in a chapel dedicated to his mother Tuya at the Ramesseum. Another text, “The Blessing of Ptah” tells a slightly different version of the divine birth of Ramesses II but travels similar lines, this time with the pharaoh born to the god Ptah.

The Ramesseum is the second largest temple of Ancient Egypt and was King Ramesses II’s mortuary temple. It took more than 20 years to construct and honored Ramesses II as a living god before continuing worship after his death.

The Ramesseum was where King Ramesses II made court on trips south to Thebes, and Nubia further south. Unlike Abu Simbel (see below), the Ramesseum fell into disuse then complete disrepair, with stone repurposed by later Egyptian pharaohs.

King Ramesses II took the title God and King quite literally and is known to be antiquity’s great builder. Over the course of his reign he used the belief of his divinity to good effect by creating monuments, temples, and buildings to promote him as a living god.

The Younger Memnon, pictured above, comes from the Ramesseum and is an example of this type of statuary. Many temples, such as that at Luxor, also feature prominent statues of Ramesses II often placed in front of monuments commissioned by previous pharaohs.

The greatest of Ramesses II’s building projects is Abu Simbel. Abu Simbel was constructed near present day Aswan, nearly 200 miles south of Thebes in Nubia. Abu Simbel was hewn into mountain stone directly from rock. When archaeologists began recovery efforts in the 1800’s they found little to no damage to the structures and have been able to uncover them almost completely.

The entrance to the Great Temple was a message to Nubian subjects of Ancient Egypt that Ramesses was to be feared and worshiped as a god alive. Four seated statues of Ramesses II, known as Colossi, dominate the front of the Great Temple. Each is just a shade under 20 meters tall. The Great Temple also shows other important members of Ramesses’ family, but as small figures around his ankles.

In the late 1960’s Abu Simbel had to be taken apart piece by piece then moved to higher ground due to the construction of the Aswan High Dam. This included a replacement mountain being built in order to re-create the exact dimension of Abu Simbel so sunlight could hit statuary inside the Great Temple at the same precise time every day.

The Inside of the Great Temple is dwarfed by the Colossi, as intended, and is dedicated to the gods Ra-Horakhty, Amun–Ra, Ptah, and Ramesses II himself. It is a small, intimate temple with hieroglyphs telling the story of key achievements during his reign, such as the battle of Kadesh and victories over Nubia and the Libyans.

The Small Temple of Abu Simbel features 10 meters high statues of Rameses II’s wife Queen Nefertari and was built in worship of sky goddess Hathor. The main purpose was to promote Nefertari’s aspect as the goddess incarnate to pair with her husband’s divinity.

Ramesses II died in his early nineties in 1213 BC after ruling for 66 years and two months, the second longest reign in Ancient Egypt. King Pepi II of the 6th Dynasty took the throne at age six and ruled for 90 years.

The mummy of Ramesses II lies in the Cairo Museum after archeologists found his tomb at the Valley of the Kings late in the 1800s, while a burial complex known as the Sons of Ramesses II has also been found there. He’s believed to have sired around 100 children in his lifetime, with his 13th son Merneptah succeeding him as pharaoh after Ramesses II’s death.

There is little doubt that Ramesses II is one of the great pharaohs. Despite his fondness for propaganda and self-aggrandizement he was King of Ancient Egypt for arguably it’s most prosperous and stable period, achieving more over that span than any number of contemporaries combined.

By Julia Margaret LuB.Arch w/ History-Theory ConcentrationJulia is a Senior Editor at TheCollector. She is a native New Yorker and bikes, writes, reads, draws, and makes books and other things in her spare time. Julia earned her B.Arch from City College with an architectural history and theory concentration.