HomeAnswersHow Did Andrew Wyeth Make His Paintings so Lifelike?

How Did Andrew Wyeth Make His Paintings so Lifelike? 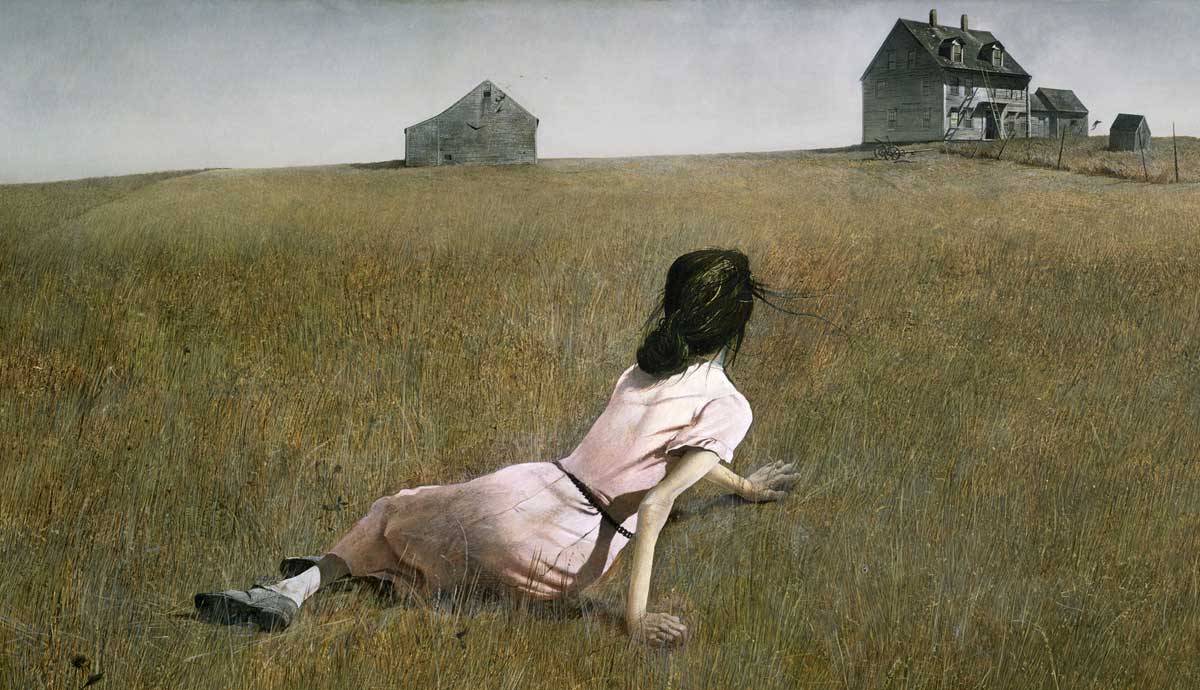 Andrew Wyeth was a leader in the American Regionalist Movement, and his stirring paintings captured the rugged atmosphere of the United States during the mid-20th century. He is also associated with the wider Magical Realist movement for his ability to create strangely uncanny, highly realist effects and the way he highlighted the magical wonder of the real world. But how did he make his paintings so startlingly lifelike? In line with many painters of his generation, Wyeth adopted the traditional painting techniques of the Renaissance era, working with egg tempera and dry brush techniques.

Andrew Wyeth adopted the egg tempera technique of the Renaissance for his most famous paintings. He would prep his paints before nay painting session by binding together raw egg yolks with vinegar, water, and powdered pigments made from vegetables or minerals. This naturalistic technique chimed in well with Wyeth’s celebration of nature and the wilderness all around him in Pennsylvania and Maine.

After prepping his paints, Wyeth would add an underpainted composition in blocks of color to his gessoed panel. He would then gradually build up layers of egg tempera in a series of thin, translucent glazes. Working in layers allowed Wyeth to slowly build up paint, which became increasingly detailed as he went on. Through using this technique he was also able to build up highly realistic colors with complex depth. The age-old process was an unusual choice for a modern artist, but it demonstrates Wyeth’s celebration of history and tradition in art.

He Took Inspiration from Albrecht Durer

Wyeth greatly admired the egg tempera paintings of the Northern Renaissance, particularly the art of Albrecht Durer. Like Durer, Wyeth painted with earthy, naturalistic colors to convey the silent wonder of the landscape. When painting his iconic Christina’s World, 1948, Wyeth looked back to Durer’s grass studies.

Much like Durer, Wyeth worked directly from nature, and he even grabbed a huge clump of grass to have next to him while he completed this work. He described the intensity of making this painting: “When I was painting Christina’s World I would sit there by the hours working on the grass, and I began to feel I was really out in the field. I got lost in the texture of the thing. I remember going down into the field and grabbing up a section of earth and setting it on the base of my easel. It wasn’t a painting I was working on. I was actually working on the ground itself.”

Andrew Wyeth worked with a dry brush technique, slowly building up paint in many painstaking layers to create his dazzlingly realistic effects. He did this by applying a small amount of his egg tempera paint to a dry brush, and building in his painted effects. Surprisingly, he did not use any water or other diluting medium. While working with this technique, Wyeth applied only the lightest touch, building up microscopic attention to detail over many hours, days and months. It is this technique that allowed Wyeth to paint the individual blades of grass we see in paintings like Winter, 1946, and Perpetual Care, 1961. Wyeth likened his minutely detailed, richly patterned surfaces to weavings.

He Sometimes Painted with Watercolor on Paper

Wyeth sometimes adopted the medium of watercolor, particularly when making studies for larger works of art. When working with watercolor, he would sometimes adopt the same dry brush techniques as his tempera artworks. But even so, his watercolors are often more fluid and painterly than his highly detailed egg tempera paintings, and they demonstrate the artist’s great versatility as a painter of modern life, in all its intricacies and complexities.

The Dust Bowl as Told in American Art

The Dust Bowl as Told in American Art