John Locke was one of the most important proponents of liberal ideology as well as modern state functionality. Read on to learn some of Locke’s most groundbreaking philosophical ideas. 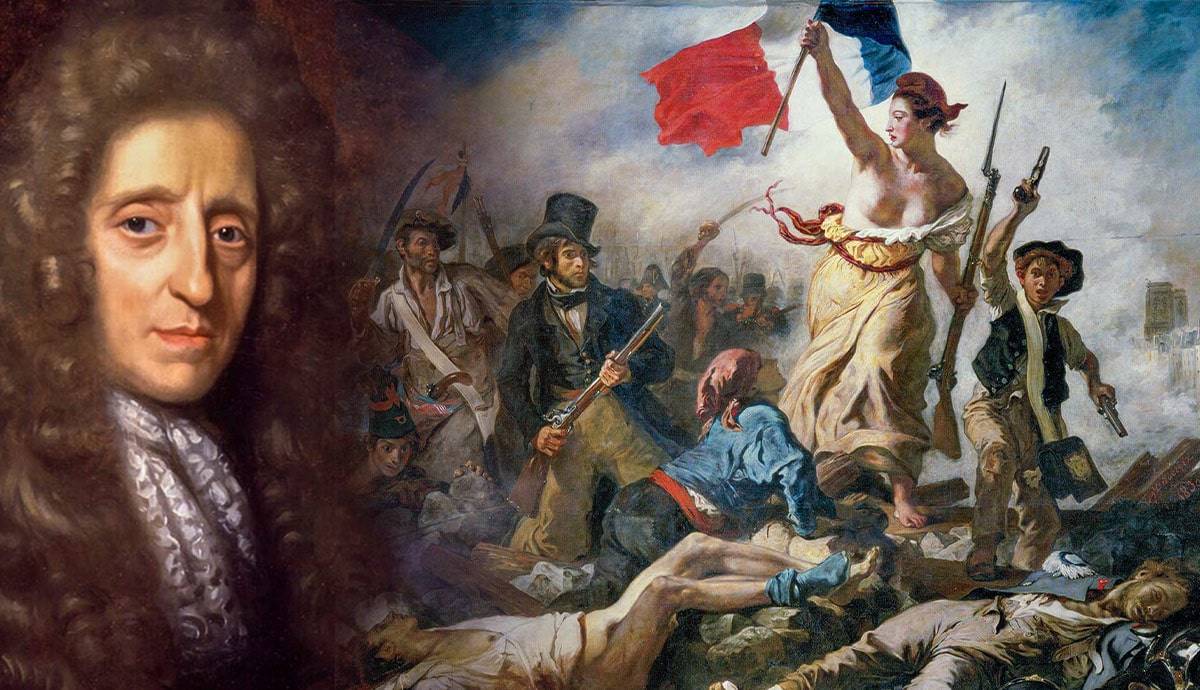 John Locke’s political philosophy is synonymous with liberal thought in its classical sense. It is noteworthy to consider that classical liberalism is both similar yet rather different from liberalism today. In Locke’s era, the political norm was a feudal social hierarchy dominated by an overarching political entity in which all power was vested in one individual: a monarch. The contrast to the massive political Leviathan that was a monarchy, then, was a modest governmental structure of limited size and scope. It was this idea that was upheld by Locke and the Whig thinkers in Britain in his time. What follows are some important ideas credited to the Father of Liberalism.

In early modern philosophy, the State of Nature is a hypothetical world devoid of any law, order, and political structure. It has become the canvas on which philosophers project their views of human nature; how we would behave if there was no political establishment, law, or language to civilize us.

Philosophers widely agree that it is human nature to band together and form what is called a state, reminiscent of the ancient point made by Aristotle that “man is a political animal.” For John Locke, individuals within this so-called state have a moral obligation not to harm one another in any form, be it life or property.

Locke argues that without a governmental body of some form, these states would devolve into violence rooted in fear and lack of confidence in their protection. The Social Contract, therefore, becomes a mutual agreement that the people of a state surrender some (not all) of their rights to government, in exchange for the protection and peaceful social existence that the law provides.

But it stops there. As a skeptic of endowing a government with too much authority, Locke believed in the notions of individual governance and liberties: this is the “classical liberal” sense of Lockean thought, as it directly counters monarchic authority. For Locke, the government must be a “neutral judge” of law with no right to interfere in the lives of the individual.

The most radical idea to come from Locke’s pen was the idea of governmental legitimacy. Locke believed that a government should be beholden to the people rather than vice-versa. He became the first person in history to suggest that if a people disapprove of their government, they should possess the power to change it as they see fit. This idea came to be known as the right to revolution.

John Locke was first to suggest that human beings, as human beings, have a set of inalienable rights. These rights, paraphrased in the American Constitution, are “life, liberty, and property.”

Fundamentally, Locke observed that the human right to property is rooted in that one’s property begins with oneself. A person has the right to govern themselves; their essence is their property, and nothing and nobody can take that away. This is the introspective right of an individual; their ownership over their soul. Externally, an individual’s right to property is concerned with the world around them. The Earth provides humankind with bounty, shared throughout the world. This bounty is a gift to humankind, according to Locke, from God: we all have access in common to God’s bounty.

If this bounty is commonly accessible, it is therefore ripe for the taking by any individual who sees fit. For Locke, mixing one’s labour with God’s bounty provided to us results in that bounty becoming one’s property.

Imagine for a moment walking through the woods and finding an apple tree. By climbing the tree and plucking an apple, you are mixing your efforts and labour with the bounty of God, therefore justifying that the apple you’ve picked is now your property.

Additionally, John Locke postulated that simply building a fence around a field was an effective means of claiming property.

Early Modern Philosophy divided itself into two schools: rationalism and empiricism. Much like philosophical reasoning itself, the divide stems from the minds of the ancient Greeks.

John Locke was, like Aristotle, an empiricist. A central idea of Lockean thought was his notion of the Tabula Rasa: the “Blank Slate.” John Locke believed that all human beings are born with a barren, empty, malleable mind; every facet of one’s character is something observed, perceived, and learned via the senses.

Biologically, the Tabula Rasa favours nurture in the “nature versus nurture” debate. Philosophically, it allows for the concept of free will. Later thinkers would interpret the idea into their own works—Freud, for example, fervently believed in the Tabula Rasa and would further the point by citing the importance of observed behaviour from our parental dynamics.

This idea of Locke’s corresponds with his ideas of natural rights. Though we are not born with any innate ideas, learned behaviour can be applied to our natural rights in order to obtain optimal outcomes for oneself.

Robert Filmer, a contemporary of John Locke, justified monarchy by advocating the divine right to rule, represented here by the famous French Sun King, Louis XIV (r. 1643-1715), and the King being the earthly representation of God. Locke wrote a detailed critique of Filmer’s theory.

John Locke was born a Puritan, converted to a Socinian, and grew up through the religiously ambiguous English Civil War. As a result, he firmly believed that no political authority had the right to decide the religion of their people. For evidence, he cited the messy ambiguity of religion from the reign of Henry VIII (r. 1509-47) to his daughter Elizabeth I (r. 1558-1603) which yielded much death and destruction in England.

The religious views offered by John Locke came from the context he lived in. Though he believed that one’s essence (or soul) is one’s own property, over which the self is the only governor, his idea of the body was different. To Locke, our bodies are the property of God. It is therefore a natural right and a natural law not to kill—murder was to be considered as directly harming the property of God.

According to this view, a human being has the right to govern themselves in whichever way they see fit, and through doing so simultaneously sustaining the right to life, these two rights being two natural laws for John Locke. This is a notion of Lockean classical liberalism that resonates to this day, mainly thanks to the extensive study of John Locke by the American Founding Fathers.

John Locke wrote extensively on the subject of toleration. It is likely that this was a lesson taught to him — or an idea that dawned on him — during his experience observing the English Civil War in his youth.

In the conflict, Catholics and Protestants decimated one another. This was not unique to England, which saw the importation of Protestantism when King Henry VIII was denied a divorce by the Catholic Pope in 1534.

Invoking the Tabula Rasa, his experiences, perceptions, and observations in his youth evidently formulated his opinions on toleration. John Locke defined toleration as a fundamental and axiomatic disagreement with something, be it another faith, race, sexual orientation, or favourite soccer team, while still allowing it to exist. Seeing as Locke offered that the soul is the property of the individual, and nobody has the right to govern it except that same individual, everybody has the right to choose their own path.

Locke did not dismiss the act of being strongly opposed to something; one can still disagree and take issue with something, but true toleration simply allows it to exist. The bookend of the religious violence in England happened when Queen Elizabeth I decreed an official toleration of Catholics within the realm despite the state being Protestant, with herself being its supreme head.

The Legacy of John Locke

Locke made a significant impact on the revolutionary generation of the final quarter of the eighteenth century in the United States and France. In his time, Locke’s right to revolution was one of the most radical political statements ever made, changing the world in its wake.

In many ways, Locke’s classical liberalism parallels liberalism as we know it today. In many other ways, still, it is dramatically different. The Lockean ideal consists of a small government with limited scope and limited power, acting as a mere support beam for the people. Though many tenets have not changed, modern liberalism predominantly advocates for a large government and scope, and it was the First and Second World Wars that created this ideological shift.

President Thomas Jefferson (1743-1826), principal author of the Declaration of Independence and considered progressive in his time, dreamt of a United States knitted with small-scale farmers living by their own means, off of their own land, and with no interference. Today, this view is dubbed Jeffersonian Republicanism, an ideology considered essentially Libertarian (a right-wing political stance).

President Franklin Delano Roosevelt (a liberal by modern standards) dramatically expanded the scope of government in his New Deal policy in 1933 to bail his state out of the Great Depression. In this view, a larger and more powerful government would facilitate the liberties of its people.

John Locke did not live to see the fruits of his philosophical labour. His new political philosophy of liberalism would evidently split into many different avenues as it was re-interpreted by subsequent generations. Regardless of how liberalism is applied, the ideas offered by John Locke proved pivotal in the development of modern Western Civilization.

The Chariot: Plato’s Concept of the Lover’s Soul in Phaedrus