The Nine-Day Queen: The Tragic Story of Lady Jane Grey

By 1553, the reputation of a strong, patriarchal, and Protestant England concluded. After King Edward VI died, Mary I, his half-sister and devout Catholic, was next in line.

In the mid-16th century, the Tudor period was in turmoil. To prevent Mary, his half-sister, from becoming Queen, Edward had inadvertently created an immense problem. With no heir to succeed him, he desperation to preserve the Protestant kingdom. He consequently overturned the line of succession in favor of Lady Jane Grey. During his tumultuous reign and many marriages, Henry VIII changed the line of succession three times. Before his death in 1547, Henry passed three Acts of Succession in 1553, 1536, and 1543. These acts subsequently removed and reinstated Mary and Elizabeth as legitimate heirs to the throne. At the time of Edward’s death, Mary was next. Edward wanted to keep England firmly Protestant…Mary would take England back into the Catholic faith, leading him to choose Jane, his cousin, as his successor.

Early Life & Introduction to the Monarchy

In 1537, Jane was born to Lady Frances and Henry Grey, 3rd Marquess of Dorset, and thus into a family of wealth and nobility. Jane’s grandmother was Mary Tudor, Henry VIII’s younger sister, and as a result, Jane had a strong claim to the English throne. While this was never explored as a serious option in her childhood, Jane still received the best education and, as many noble families did at this time, was sent away to further her education and social standing.

Jane Grey was sent to live in the house of Sir Thomas Seymour, uncle to King Edward VI, and his wife, Catherine Parr. As the recent widow of King Henry VIII, Parr, an ardent Protestant, practiced both her faith and hobbies with her charges. Parr was a good stepmother to all of Henry’s children and, as a result, also housed Princess Elizabeth alongside Jane. Catherine’s home was considered “the center of the Protestant ‘New Learning’”, where frequent debates and discussions were encouraged. Under this influence, Jane blossomed into an intelligent, cultured, and pious young woman. Although her parents were practicing Protestants, it was at Catherine Parr’s that Jane Grey became devoutly committed to the faith.

Yet, while Catherine influenced Jane’s upbringing through religion and education, Sir Thomas sought to influence Jane’s future. Full of ambition, “Thomas realized that having Jane under his influence could be extremely profitable. Both Jane and Edward were still children, but when they reached maturity, Thomas planned to marry Jane to the King.”

Edward, Henry’s long-awaited son, although much desired and anticipated, would not live long enough to see himself married. It is thought today that the cause of death was tuberculosis, which advanced rapidly. However, in the Tudor era, Edward was merely a sickly 15-year-old. When it became clear that Edward’s final days were near, and with no wife nor heir, the nobility began to panic. All candidates for the throne were women and while The idea of a woman succeeding the throne was not ideal, a Catholic woman would have been disastrous.

The Acts of Succession were revised three times during Henry VIII’s reign. These revisions occurred as a result of Henry’s tremulous love life. In a bid to rid himself of his first wife Catherine of Aragon, Henry became convinced that in marrying his brother’s wife, he had committed a grievous sin, and, as a result, was denied male issue. Similarly with Elizabeth, Henry argued that Anne’s charges of treason and adultery ultimately invalidated their marriage. As did her beheading. Ultimately the last revision reinstated Elizabeth and… Mary Tudor in the line of succession. Next in line for the throne was Mary, Henry VIII’s first child.

Not much can be said of the reign of Lady Jane Grey, being only nine days and amid a challenge for the crown.

In the days leading up to King Edward’s death, John Dudley, his advisor, added pressure to change his will, naming Jane as his successor. On the 6th of July 1553, King Edward died at the age of fifteen. Four days later, on the 10th of July, Dudley proclaimed Jane Queen of England. Many historical accounts report that Jane fainted upon hearing the news.

Initially, Jane refused the crown and recalled being told she “could take it without fear and that another also should be made, to crown my husband. Which thing I, for my part, heard truly with a troubled mind, and with ill will, even with infinite grief and displeasure of heart.” Her hesitancy and weariness were evident in that she refused to name her husband Guildford Dudley king.

While the Royal Council supported Lady Jane’s claim, she was never physically crowned as Queen. This is due to the fierce opposition she and others received from both Mary Tudor and Parliament, both citing the 1544 Law of Succession, which clearly stated Mary should be queen. Worse for Jane, Dudley was not well-liked in society, and once his ties to Jane were discovered, “public support for Jane’s rule evaporated.”

While Lady Jane awaited her coronation, Mary gathered a force in East Anglia and set out to depose Jane. Within two days, the threat of Jane’s overthrowal grew severe. Dudley as the Duke of Northumberland departed for a counterattack, desperate to salvage his recent rise in power. Nevertheless, the Council declared him a traitor in his absence and Mary the queen, ending Jane’s nine-day reign.

In the end, the 15-year-old Lady Jane, beautiful and intelligent, had only reluctantly agreed to be put on the throne. The decision would result in her execution.

The Influence of the Tudor Nobility During Lady Jane’s Reign

While much of Jane’s early life was influenced by Catherine Parr and Thomas Seymour, they would not be the only individuals to influence Jane’s future. As a direct response to Edward’s death, in order to prevent Princess Mary from ascending the throne, John Dudley began to make preparations. The Duke of Northumberland was a close advisor of the King and an essential ruler between 1549 – 1553, with Edward being a minor. He proposed a marriage between Lady Jane and his son Guilford Dudley.

Northumberland then went on to persuade the king to declare Mary illegitimate, as well as Edward’s other half-sister Elizabeth, thus altering the line of succession and strengthening Jane’s claim.

Yet, despite being crowned Queen on the 9th of July 1553, Jane did not escape the interference of others. Unfortunately for Lady Jane, “her advisors were grossly incompetent, and her father was partly responsible for her untimely execution as he was involved in an attempted rebellion.”

The Wyatt rebellion was a catalytic factor in the fate of Lady Jane Grey. With Jane on the throne, Mary was quick to contest her claim and be the heir according to an act of Parliament (1544), and Henry VIII’s will (1547) had the populace’s support. As a result, the nine days that followed were ripe with tension as “Europe waited to see how England would welcome a queen as their sole ruler. All of the possible candidates for the throne were women, an unprecedented occurrence.”

Both strengthening her claim and proclaiming her faith, Mary made public the plan for her betrothal to Phillip of Spain. Deposing and imprisoning Lady Jane and her husband, Mary sought to insert prominent Catholic nobles into positions of power in court.

Fearful of a return to Catholicism, Sir Thomas Wyatt and other nobles, including Sir Peter Carew, Sir James Croft, and the Duke of Suffolk, led around 4,000 men to London. While support was not easy to gather for fear of treason, Wyatt attempted to take London with his forces.

The rebellion ended with the execution of Thomas Wyatt and the Duke of Suffolk, as well as several accomplices. With Lady Jane imprisoned, Mary was reluctant to punish Jane at first as she, more than anyone, knew that women had little agency in their world and that Jane hadn’t sought the throne of her own accord. Therefore, after Jane’s arrest in November 1553, she spent months imprisoned in relative comfort, and the sentence was suspended. Mary even meant quietly to set her free one day, as soon as she herself had a Catholic heir to rule England after her. However, due to the involvement of Jane’s father in the Wyatt rebellion, Mary decided on her death as “Lady Jane proved too much of a threat as the focus of Protestant plotters intent on replacing Mary.”

The Death of Lady Jane Grey

Guilford Dudley, Jane’s Husband, was executed on the 12th of February. His body was taken away by horse and cart past Lady Jane’s lodgings, Jane herself following shortly. Placed before the block, Jane’s words at the execution did much to protest her innocence. Asking the executioner to “dispatch me quickly,” Lady Grey was viewed as a Protestant martyr for centuries, “the traitor-heroine” of the Reformation.

Jane Grey’s death marked the end of “the shortest reign of any English monarch, before or since.” However, she is not greatly remembered as a Queen. No new laws, policies, or proclamations were passed during her nine-day rule. She is perhaps now known best for her “youth and willingness to be of service to the ambitions of others.”

What can be learned from the story of Lady Jane Grey is that her path to queenship, brief reign, and untimely death all show the politics underpinning succession in the Tudor years. Kat Eschner takes the argument further in that her appointment as Queen debunked the myth surrounding the Tudors. This was “a longstanding view of sixteenth-century England as a political and social golden age, ruled by the divinely-appointed Tudors.” Lady Jane Grey’s consideration for the queen demonstrates that “something which had been portrayed as fixed was as political and changeable as any other public office.”

Lady Jane Grey’s story is, first and foremost, a tragedy. It can, however, be argued that this was the first definitive move toward the end of the long-obsolete system of English Monarchy. While women were not considered leaders in any sense, the choice to name Lady Grey Edward’s successor projected a new shift in views surrounding the patriarchal monarchy. 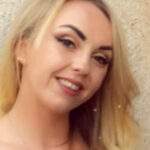 By Lucy SoaftBA History w/ Medical Ethics and Military History concentrationLucy is pursuing an MSc in Military and Medical history with the aspiration of becoming a museum curator. She holds a BA in History with a focus on medical ethics and Military history from the University of Kent (UKC). Topics of interest also include Tudor History, Human Experimentation, and Gothic Architecture. Lucy volunteers at various museums including the Huntarian Museum at the Royal College of Surgeons in England.