HomeStoriesStalin vs Trotsky: The Soviet Union at a Crossroads

Following Lenin's death, Joseph Stalin and Leon Trotsky fought for control of the Communist Party. How did Stalin ultimately come out on top?

When Vladimir Lenin, the leader of the Russian Revolution, died in 1924, the fate of the Soviet Union and its leadership was left to two men: Leon Trotsky and Joseph Stalin. Stalin, the outsider, maneuvered his way through the corridors of power and triumphed over his rival, the popular Trotsky, who eventually was forced to flee to Mexico, where an agent of Stalin assassinated him.

How could Stalin, who Lenin condemned before his death, manage to crush his opponents and succeed over Trotsky? This is the tale of the Soviet Union at a crossroads and the great battle between Joseph Stalin and Leon Trotsky.

Trotsky vs Stalin: The Battle for Succession

Ever since the Bolsheviks rose to power in 1917 and emerged victorious in the bloody Russian Civil War, their leader Vladimir Lenin suffered from increasing ill-health. After the Revolution, he suffered many severe strokes, each leaving him less capable of leadership than the last. Despite his failing health, he had not explicitly chosen a successor. In fact, Lenin had indicated that the ideal leadership to follow his own was not one of direct control but rather of a collective form of leadership. This lack of clarity led to an impossible situation where no one knew who would follow the great Bolshevik after his inevitable death.

In the weeks leading up to his final stroke and death, Lenin ordered his aides to record his thoughts and instructions regarding the future of the Communist party. In which, he laid out his vision for the future of the Soviet Union and also stated that socialism had emerged victorious in Russia thanks to his leadership.

At the start of January 1923, Vladimir Lenin dictated a scathing letter that criticized Joseph Stalin’s role in the Communist party, urging those in power to remove him from his position of power and warning about his intentions. Lenin ordered that in the case of his death, this scathing letter should be delivered to the party.

A year later, Lenin passed away. There was an immediate outpouring of grief across the nation, and those in the Communist party vowed to carry on his ideology. Crucially, Leon Trotsky, a strong candidate to be the new leader of the nation, was away from Moscow in the three days following Lenin’s death.

A rumor spread that Trotsky was so confident in being elected the new party leader that he had left Moscow before Lenin’s death in order to return to the city as leader of the nation. The truth was, he was recovering from a serious illness at a special medical center. When Lenin’s funeral proceedings were arranged, Joseph Stalin sent Trotsky a telegram urging him to return to Moscow. Crucially, Stalin had purposefully given Trotsky the wrong date of the funeral, causing him to miss it and allowing Stalin to take the spotlight throughout the funeral.  The battle for succession had begun.

Ironically, the prospective leader of the Bolshevik party had been a prominent member of the rival Menshevik party but soon became as prominent a Bolshevik as Lenin. Leon Trotsky was born Lev Davidovich Bronstein on November 7th, 1879, in Ukraine to prosperous parents. When he was a young man, Trotsky moved to the city of Mykolaiv, where he quickly became caught up in the Communist revolutionary movement and became a devoted Marxist.

His devotion led him to London, where he worked for the exiled leader of the Russian communists, Vladimir Lenin. Trotsky and Lenin worked on Communist pamphlets and became close friends. However, ideological differences drove them apart as the Communist Party of Russia split into two factions: the radical Bolsheviks and the less hard-lined Mensheviks, with Lenin and Trotsky on either side, respectively.

When Russia was overcome by the Revolution in 1917, both Lenin and Trotsky joined forces to lead the Bolshevik party to power, with Trotsky renouncing his Menshevik political views. When the nascent Soviet Union was faced with the prospect of a Civil War, Trotsky organized a new Red Army overnight and led them to victory against the establishment. His closeness to Lenin and the vital role he played throughout the Revolution, as opposed to Stalin’s backroom dealings, made him the obvious candidate to succeed Lenin. However, his openness, criticism of Lenin’s decision, and fiery nature also made him an easy scapegoat and prone to making enemies.

Joseph Stalin was born in the Georgian town of Gori in 1878. There he lived a quiet life before joining the Bolshevik cause, for which he performed their illegal but necessary work of bank robberies and kidnappings to raise funds.

In 1917, when Lenin triumphantly returned from exile in Switzerland to lead Russia towards a Bolshevik revolution, Stalin slipped out of the spotlight. After the Revolution, when Lenin consolidated power, he made Stalin General Secretary of the Communist Party. During these early years, Stalin worked in the background of party meetings, forming alliances and gathering intelligence that would benefit his cause to one day lead the Bolshevik party. He was so omnipresent and yet so unmemorable during the Revolution that one Bolshevik functionary described him as a “grey blur.”

While Stalin worked in the background as the “grey blur,” Trotsky led the newly formed Red Army in the Russian Civil War. Trotsky, riding an armored train emblazoned with a Red Star, was an impeccable military leader and successfully led the Soviet army to victory over the Tsarist loyalist forces.

While Trotsky fought on the front lines against the White Army, Stalin busied himself on administrative tasks, such as recruitment, promotion, and gathering information on other party members. This busy administrative work gave Stalin an immense amount of internal power within the Communist party, which when it came to Lenin’s attention was too late to reverse.

The Soviet Union at a Crossroads, and Stalin’s Victory

In the fight for succession, Joseph Stalin’s first move to limit the power of Trotsky was to form a three-way alliance with the other possible candidates for leadership, Lev Kamenev and Grigori Zinoviev. This troika blocked the votes needed for Trotsky to succeed Lenin’s position as the first minister of the Communist party. Alexei Rykov was instead voted in as the first minister.

This alliance lasted long enough to protect Stalin from the potential fallout of Lenin’s critical letter, which was read out during the 13th Communist Party congress. During the Congress, Zinoviev read out an extensive list of the public disagreements between Joseph Stalin and Trotsky and cleverly recharacterized them as Leon Trotsky’s attempts to attack the party.

The last stage in the battle for succession occurred in the year following Lenin’s death. In 1925, the Politburo, the bureaucratic administration of the Communist Party and the Soviet Union, requested Trotsky resign from his position as head of the Soviet army. He refused but was soon forced out anyway.

This was one of the last obstacles that Stalin faced in his struggle for succession. In 1927, Trotsky was kicked out of the Politburo and exiled to Kazakhstan. In 1929, Trotsky was eventually expelled entirely from the Soviet Union and forced to Turkey.

Exile to Mexico, and Trotsky’s Assassination

By 1937, Trotsky had been fully exiled by Stalin and had lost much of his former influence. He was finally exiled to Mexico, where he would attempt to organize a fourth communist international. There, he wrote a lengthy and detailed History of the Russian Revolution and struck up a romantic affair with Frida Kahlo. Eventually, in 1940, Stalin’s agents caught up with Trotsky, and he was assassinated by Ramón Mercader, who bludgeoned him with an ice ax.

Why did Trotsky Fail and Stalin Succeed?

On paper, Trotsky was and should have been the natural successor to lead the Soviet Union after Lenin’s death. He had worked alongside Lenin long before Stalin had entered the picture. He was on the front lines during the 1917 Revolution and led the Red Army to victory in the Civil War. He was well-liked and respected by the general population as a war hero and Communist superstar.

However, Stalin had one thing that Trotsky did not – friends in high places. Despite the fact that many people disliked Stalin, they disliked Trotsky even more. Trotsky was known to be short and tactless with the Communist elite and frequently argued about Communist theory and the ideological future of the Soviet Union. Stalin used this hatred of the cocky and self-assured Trotsky to persuade those in power to vote against him becoming the new leader of the Soviet Union. Once this first challenge was overcome, the downfall of Trotsky and the rise of Stalin were inevitable. 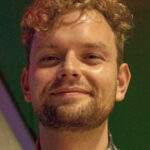 Czechoslovak Legion: Marching to Freedom in the Russian Civil War