HomeArtistsFrida Kahlo: 5 Facts You Might Not Know About Her Life 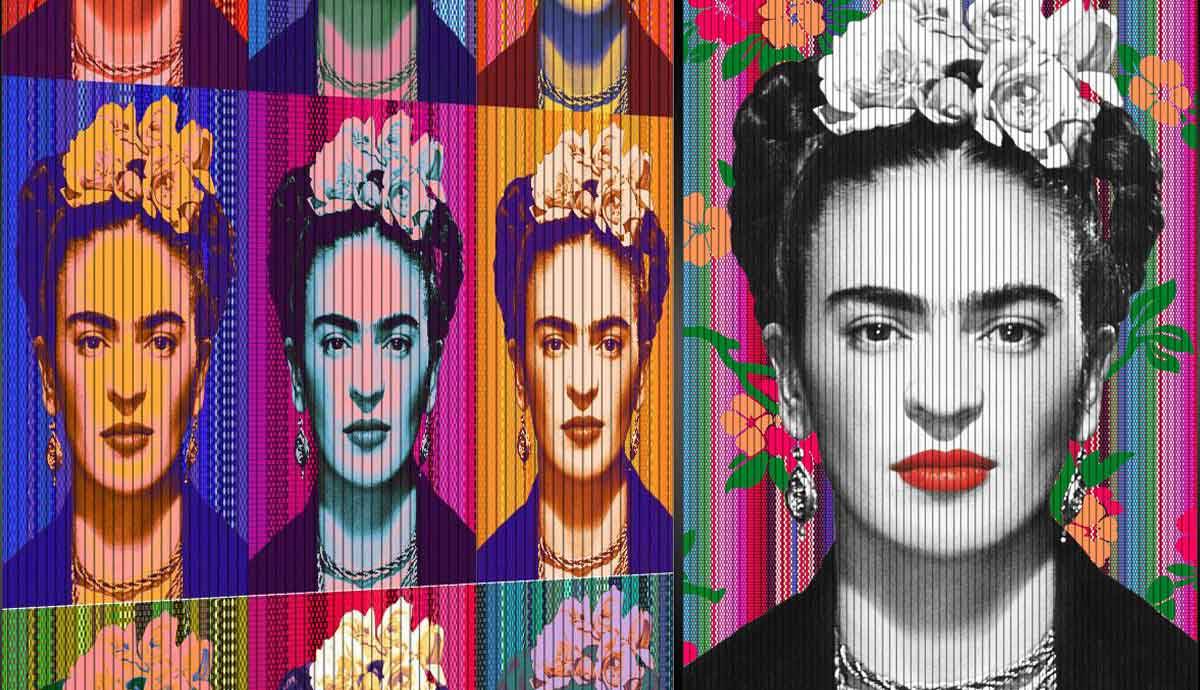 Frida Kahlo, born Magdalena Carmen Frida Kahlo y Calderón, was a Mexican painter associated with Surrealism and Magic Realism, as well as Mexacayotl, a Mexican identity movement. Kahlo is known for her self-portraits, intimate subject matter, and exploration of Mexican culture and colonialism in her work. She is regarded as a very influential 20th-century painter and a feminist icon. Here are five things you may not know about her life and work.

1. Frida Kahlo Was a Communist and Political Activist

Kahlo was politically active all her life. She was a student at the National Preparatory School and a member of the Cachuchas, an organization associated with Marxism, which introduced her to socialism. In the 1920s, she joined the Young Communist league. During this period, she became increasingly political, attending communist rallies and secret meetings.

When she met her husband, Diego Rivera, he was also a communist. However, the two left the communist party in 1929 amidst Rivera’s strained relationship with the party and eventual expulsion from it. That same year, Rivera and Kahlo secured communist revolutionary Leon Trotsky’s political asylum in Mexico, allowing him to live in Kahlo’s childhood home, now known as La Casa Azul.

In 1948, Kahlo re-joined the communist party. She taught students about Marxism in the Ministry of Public Education’s School of painting and sculpture. Her paintings also grew increasingly political, and in 1954, despite her ailing health, she attended a communist protest with Rivera. However, the demonstration proved taxing to her physical health, and she died not long afterward.

2. She Lived With With Constant Pain and Struggles

Kahlo was no stranger to pain and suffering. At age six, she contracted polio, which yielded permanent damage to her leg and caused a limp. In 1925, she was involved in an accident in which a streetcar rammed into the wooden bus she was riding. Kahlo suffered chronic pain, numerous body fractures, her pelvis was crushed, and a metal pole penetrated her womb, displacing three of her vertebrae.

After the accident, Kahlo was unable to walk for three months and was left disabled for the rest of her life. She was also unable to bear children and underwent several subsequent operations to try and correct the damage from the bus accident, but none were successful.

By the early 1950s, she could not sit or stand for prolonged periods of time. She also suffered from gangrene in her foot later in life, leading to a foot amputation in 1953, which left her unable to walk.

3. Frida Kahlo and Diego Rivera Had a Marriage Filled With Many Affairs

Kahlo married her husband Diego Rivera, a famous Mexican painter at the time, when she was 22 and he was 42. She was his third wife. While they remained married until the end of Kahlo’s life, she and Rivera both engaged in multiple extramarital affairs throughout their time together. In fact, they divorced and remarried in 1940 because of Rivera’s affair with Kahlo’s sister, Cristina, which deeply wounded her and sent her into a depressive episode.

Kahlo’s rumored affairs were as colorful as Rivera’s. She had a near decade-long affair with photographer Nickolas Murray after meeting him in Mexico. She also had an emotionally wrought love affair with sculptor Isamu Noguchi which was thwarted by Rivera’s jealousy when he threatened Noguchi with a gun.

4. Kahlo Did Not Conform to Traditional Gender Roles

Not all of Kahlo’s notable affairs were with men. One of her most well-known rumored affairs was with nightclub performer Josephine Baker, whom she supposedly met in a nightclub in Paris in 1939. While there is photo evidence of them together in 1952, there is no concrete evidence of an affair.

She was also said to have had affairs with photographer Tina Modotti, painter Georgia O’Keefe, actresses Dolores del Rio, Paula Goddard and Maria Felix, and singer Chavela Vargas. Her painting entitled Two Nudes in a Forest (1939) also alludes to her attraction to women.

Kahlo was defiant of expected gender roles at the time; refusing to be held back because she was a woman, often borrowing her father’s books to intellectually enrich herself as an independent woman and political activist. She also experimented with gender expression by occasionally wearing men’s clothes and adopting a masculine posture.

5. Frida Kahlo Rose to Fame After Her Death

Kahlo’s first solo exhibition was not until 1953, one year before her death. She was 46. However, posthumously she is regarded in the modern art world as a trailblazer for feminism, the LGBTQ+ community and people with disabilities.

Her work has also been associated with the Mexican Revolution and the Latin American interwar period. While it is known to encompass all of these things, Kahlo’s work has also been regarded for its deeply personal subject matter. Its refusal to shy away from intimate themes such as miscarriage, health, infidelity, loss and self-image make it highly relatable.

This public exposure and relatability have resulted in a near-celebrity status known as ‘Frida-mania.’ There was also a biographical drama about Kahlo’s life released in 2002 entitled Frida, starring Salma Hayek, further increasing Kahlo’s public exposure and notoriety in contemporary society.