HomeAnswersWhat Are the 4 Best Examples of Magical Realism in Art?

What Are the 4 Best Examples of Magical Realism in Art? 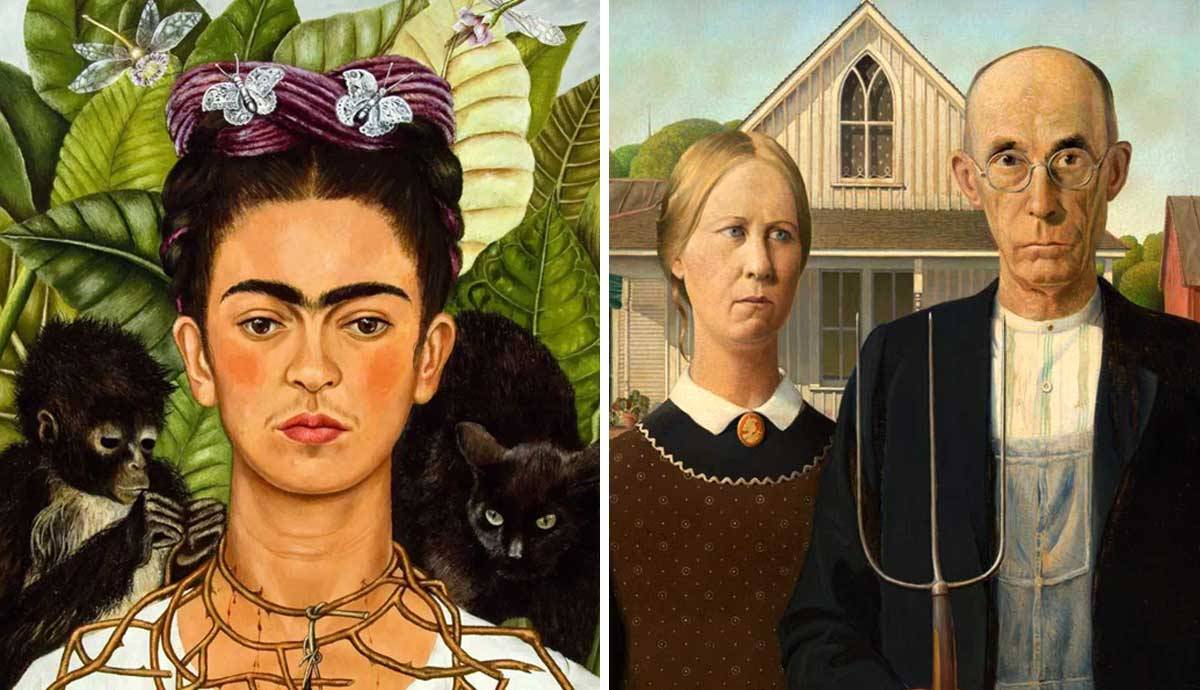 Magical Realism was an interwar style of art that blended stark, crisp realism with uncanny, dream-like visual effects. Beginning in 1920s Germany, the style became popular throughout Europe, the United States and Latin America. Many different works of art were made as a part of the Magical Realism movement. But there are a small handful that stand out as some of the most memorable artworks of all time. These 4 paintings in our handy list below demonstrate just how fascinating and influential this period in art history truly was.

The masterpiece that is American Gothic, 1930, remains one of the most memorable and iconic paintings of all time. Painted by the American artist Grant Wood, the strangely haunting artwork is a typical example of Magical Realism. It illustrates an austere couple standing before their home in the American Carpenter’s Gothic style of architecture. Wood claimed his rural, naturalistic painting was a message of steadfast reassurance during the era of the Great Depression. This sentiment echoed the art of the American Regionalist school. However, his painting had such eerie, unsettling overtones, and the couple appear so hostile and unwelcoming, that critics have largely accepted the artwork as a satirical critique of backwater life in 20th century midwestern America.

In Andrew Wyeth’s timeless painting Christina’s World, 1948, he conveys the American outback as a vast stretch of un-spoilt wilderness. In the foreground, Christina lies recumbent before it. The painting echoes the earlier Romanticism of painters such as Caspar David Friedrich, who painted people from behind, introspectively looking out into the distant horizon. But on closer inspection, Christina’s body is strangely contorted, lending the artwork an element of unease and instability. The subject of the painting was Anna Christina Olson, Wyeth’s physically disabled neighbor. The artist’s strange, yet compelling depiction of this brave young woman is what led critics to associate the work with Magical Realism.

3. Frida Kahlo, Self Portrait with Thorn Necklace and Hummingbird, 1940

In this stirring self portrait Frida Kahlo paints herself in a mystical wonderland surrounded by fantastical creatures. Although her style is predominantly realistic, the unlikely inclusion of tropical animals lifts Kahlo’s portrait out of the ordinary and into an imaginary realm, thus exemplifying the style of Magical Realism. The spiky thorn necklace around her neck lends the image an edge of danger, menace and threat, highlighting the artist’s own ongoing health struggles that caused her constant pain and frequent hospital trips. She also emphasizes her facial hair, giving herself a strong monobrow and a moustache. These heightened, almost caricature-like elements give Kahlo a strangely hyperreal quality which typified the Magical Realist style.

Edward Hopper’s Nighthawks, 1942, remains one of the most elusive and mysterious paintings in the history of art. It depicts four late-night bar dwellers in interwar New York. Although we know nothing about this theatrical grouping, Hopper has loaded the painting with narrative potential. The strangely desolate, lonely and despondent expressions of the bar dwellers captured the ennui that pervaded society as World War II loomed large on the horizon. Meanwhile, the bar is eerily lit by fluorescent strip lights, which spill out into the empty streets beyond. Long, angular shadows cast by these lights in Hopper’s masterpiece spoke of the existential angst and gloomy spirit of life in the early 20th century. It is this strangely haunting, yet compelling atmosphere that led art critics to link this painting with the wider school of Magical Realism.