An Introduction to Activist Art

Activist art is a powerful tool with a long and varied history, that can call attention to the most pressing political and social issues. 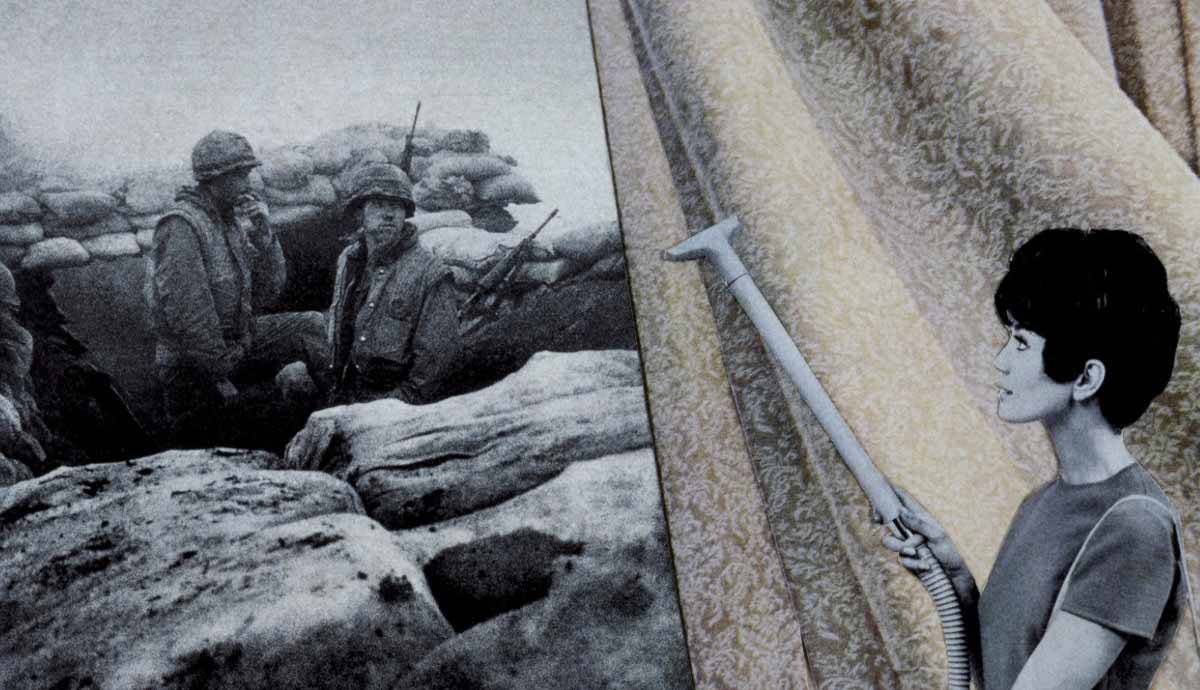 The broad term ‘activist art’ encompasses a great variety of artists, art forms, and objectives. It takes many forms of expression such as performance, painting, graffiti, or installations. The goals of activist artworks can also vary widely. Works can challenge racism, sexism, authoritarian regimes, or war. They usually have a common dominator, which is a focus on political and social issues with the intent to change or influence public opinion by confronting people with an unjust or problematic status quo.

A Short History of Activist Art

With artists such as Banksy and the Guerrilla Girls, activist art might seem like a contemporary concept. But examples of political art can also be found as early as the 18th century. Jacques-Louis David was an active member of the French Revolution, and his works often depicted his political affiliations. David’s painting The Lictors Bring to Brutus the Bodies of His Sons portrays the scene of Brutus, an important figure of the Roman Republic, reacting to the death of his sons. Since they wanted to overthrow the government and restore the monarchy, Brutus ordered their death.

This painting is a representation of civic virtue and Brutus’ immense sacrifices for the Republic. The government prohibited the exhibition of the artwork at the Salon because it could be interpreted as propaganda supporting the French Revolution. A ban on the painting was announced in the newspaper and it caused an outrage that forced the royal court to give their permission for the exhibition of the painting.

Some of Gustave Courbet’s Realist works are also examples of political art expressing social critique. Courbet was an important figure in the Realism movement. Completely unembellished, he depicted the life and harsh working conditions of the lower classes. The artist’s work mirrored his political beliefs. Courbet was involved with the Paris Commune of 1871, a socialist government that only lasted about two months. His involvement resulted in Courbet’s imprisonment and his subsequent death in exile.

The beginning of the Dadaist movement in the early 20th century led to the creation of several activist artworks. The movement emerged during the First World War in Zurich. It included a range of different artistic expressions such as visual art, performance, and poetry. As a reaction to the violence of the war and political circumstances, Dada artists rejected traditional representations and like the French artist Jean Arp put it, tried to discover an unreasoned order. Their art can be described as satirical, spontaneous, and absurd. One of the most famous works of the movement is Marcel Duchamp’s Fountain. This porcelain urinal broke with artistic tradition, challenged institutions of the art world, and criticized political and social conditions.

After this time, art continued to be a popular medium for activists. War often caused responses from artists and inspired Pablo Picasso’s Guernica, Martha Rosler’s series referencing the Vietnam War titled House Beautiful: Bringing the War Home, or Banksy’s spray-painted cardboard depicting a girl hugging a bomb, which he made to protest the Iraq War in 2003. The fight for equality and feminism was and still is another popular subject of activist art. One example is the anonymous artist group called the Guerrilla Girls, who became famous in the 1980s for their feminist, activist art which publicly questioned the male-dominated and sexist art world.

One of the most important goals of activist art is to encourage social and political change. Just like Jacques-Louis David’s paintings promoted civic virtue and the abolishment of an old political system in order to create new and improved structures, contemporary artists use their works in similar ways. Paula Rego‘s ‘Abortion Series’ from 1998 is a fitting example of art that had a direct political impact. When a referendum to legalize abortion in Portugal failed in 1998, the artist created a series of paintings that highlighted the fear, pain, and danger of illegal abortions. Her artworks had a great impact and were partly responsible for changing public opinion in favor of legalized abortions during the second referendum in 2007.

Another important goal of activist art is to create awareness of existing political and social issues. When the public is looking away from suffering that could be prevented or does not want to be confronted with it, activist art often creates a dialogue and forces people to think about these problems. Ai Weiwei’s Soleil Levant, 2017, publicly discussed the dangerous journey of refugees trying to reach Europe. The installation consisted of 3500 lifejackets worn by refugees who had to cross the sea. While they prevented many people from drowning, others were provided with fake lifejackets and died on their way to Europe. Ai Weiwei’s work makes the dangers of these journeys and the suffering of these people tangible in the center of European cities.

The interests, hardships, and experiences of marginalized groups are often underrepresented or not discussed at all. Activist art can make these specific experiences visible and include them in historical, social, and political discourse. The case of Paula Rego’s ‘Abortion Series’ shows how many people were apparently unaware of the painful and dangerous situations women had to face during and after an illegal abortion. Jacob Lawrence’s ‘Migration Series’ is another example of making experiences visible that many people were not or did not want to be familiar with. His series visualizes the history of African Americans who left the South for job opportunities and more equality that was available in the North.

Tania Bruguera’s work Tatlin’s Whisper, 2008, is a performance piece that consists of two uniformed policemen sitting on a horse patrolling the exhibition space of a museum. With the help of these horses, they use different crowd control techniques that they learned at the police academy such as making people move in certain directions or separating people into groups. The Cuban artist said that it was important to her that the audience was unaware of the fact that the policemen’s actions were part of the work of art.

Bruguera’s work discusses themes such as political authority, control, and power. The artist once said that her biggest inspiration was injustice in the world. The name of the piece is a reference to the Soviet artist Vladimir Tatlin who designed a tower for the Third International which was an association of national communist parties. However, the monument was never built. Just like Tatlin’s monument, which is still remembered despite never being built, Bruguera’s work produces a monument through the memory of the audience.

Banksy’s Love Is in the Air

The graffiti titled Love Is in the Air by Banksy appeared in 2003 after the Israeli government built a wall to separate the Palestinian minority from the Jewish Israeli population. While the supporters of the construction see the wall as a justified safety measure, the West Bank Wall was also criticized as a segregating barrier reminiscent of apartheid. The anonymous artist Banksy seemingly agreed with the opponents of the wall and his graffiti showing a protestor throwing flowers instead of a Molotov cocktail appeared in the center of Jerusalem. With the apparent message calling for flowers instead of violence, the work has often been interpreted as a call for peace.

Mexican artist Diego Rivera was an essential leader of Mexican Muralism, which often included political and activist content. He was a member of the Communist party and his work often criticized Capitalism and the upper class. The Uprising aligns with Rivera’s own political beliefs by depicting workers and a woman with her baby in her arms fighting against the soldiers and oppression. The work is often interpreted as a symbol of class struggle and the collective resistance of workers.

Jacob Lawrence’s ‘Migration Series’ is inspired by the movement of African Americans from the South to the North, Midwest, and West during the 20th century, which is also called the Great Migration. The artist’s parents were migrants themselves and Lawrence did extensive research on the topic. The series consists of sixty panels and depicts various aspects of the historical exodus. It shows a part of history that has often been ignored. Lawrence has argued that the story of Black people in America is a vital part of American heritage that should be brought out into the light.

The anonymous group called the Guerrilla Girls consists of American female artists who challenge the sexist aspects of the art world through their activism. One of their most famous works is a bold poster asking the question Do women have to be naked to get into the Met. Museum?. According to their survey, only five percent of the artists in the Modern Art sections of the museum are female, but 85 percent of the nudes depict women. The importance of their activist work has not changed significantly since they made the poster in 1989. They conducted new surveys in 2005 and 2012 and ended up with similar results which expose the constant struggle of female artists.