Known lovingly as the Mother of American Modernism, Georgia O’Keeffe was innovative and unparalleled. She challenged the boundaries of traditional American style, combining abstraction with realist representation. 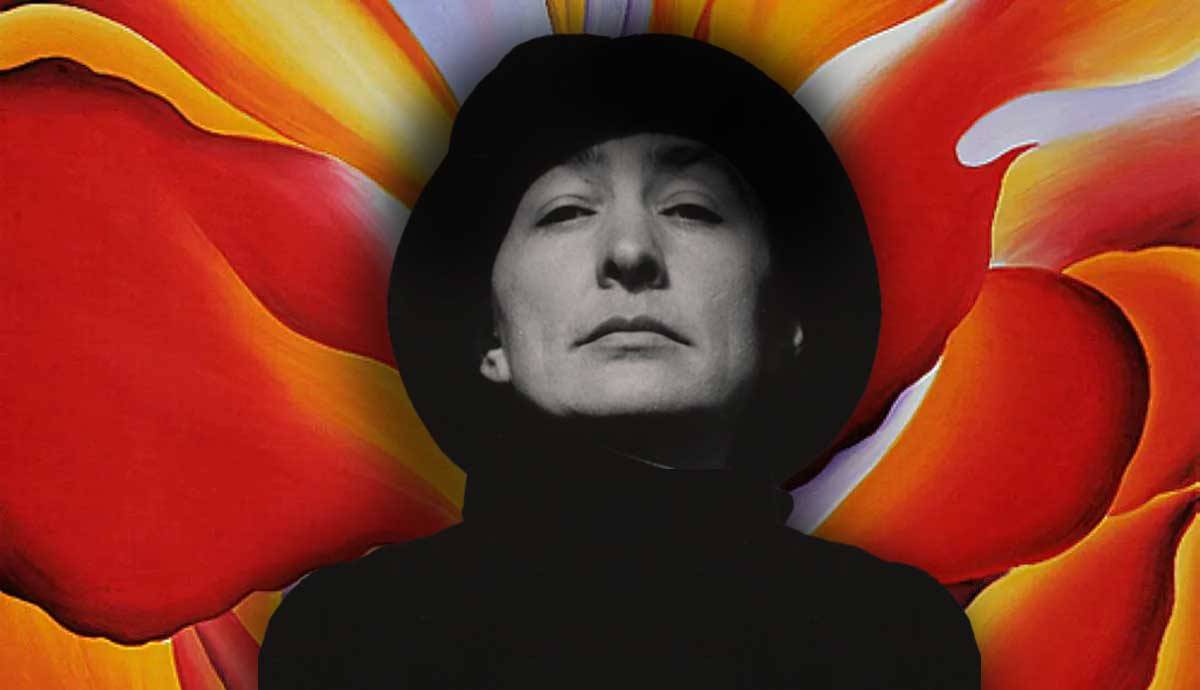 Her fascinating personal life and inspirational body of work make her a central subject in American art history. Here are six things you might not have known about O’Keeffe.

1. O’Keeffe wanted to be an artist from a young age

O’Keeffe was born on November 15, 1887, and decided to become an artist at 10 years old. Few children have so much conviction and it’s impressive that she had such big goals at such a young age.

She studied at the School of the Art Institute in Chicago from 1905 to 1906 and took classes from Wesley Dow at the Teachers College of Columbia University. Wesley was a huge influence on O’Keeffe and is a major reason she didn’t give up painting when times were tough.

2. O’Keeffe’s marriage to Alfred Stieglitz was riddled with affairs

Stieglitz was a photographer and influential art dealer. After O’Keeffe mailed some of her drawings to a friend, Stieglitz got ahold of them and exhibited ten of her abstract charcoal drawings without her knowledge.

After confronting him about the transgression, he kept the artwork on display in a move that launched her into the modern art world and catapulted her career. By the mid-20s, O’Keeffe was a major force to be reckoned with. By 1928, six of her calla lily paintings sold for $25,000.

Although Stieglitz was 23 years older than O’Keeffe and married to another woman, they had been involved in a romantic relationship since 1918. His marriage ended when his wife caught Stieglitz taking nude photographs of O’Keeffe, which initiated the couple’s live-in relationship.

In 1924, Stieglitz’s divorce was finalized, and the two were married less than four months later. But, the drama doesn’t stop there.

O’Keeffe often traveled for work, commuting between New Mexico and New York. During this time, Stieglitz had an affair with his mentee. Still, O’Keeffe and Stieglitz stayed together and were married until his death in 1946.

3. O’Keeffe’s still-life paintings of flowers were mistakenly viewed as a commentary on female sexuality

O’Keeffe is best known for her famous paintings of flowers from a close-up vantage point. Art critics often assumed that her fascination with enlarged flowers had something to do with female sexuality.

In 1943, O’Keeffe vehemently denied that this was her intention. Instead, she proclaimed that these were simply other people’s interpretations and had nothing to do with her. Her only goal with these paintings was to get people “to see what I see” in the flowers she loved.

Although these images are what O’Keeffe tends to be known for, they only make up a small fraction of her complete body of work with only 200 paintings of flower still-lifes out of more than 2,000 pieces.

4. O’Keeffe’s favorite place to paint was in her Model-A Ford

O’Keeffe drove a custom Model-A Ford that had detachable front seats. She painted in her car by propping up her canvas on the back seat and making herself comfortable. She lived in New Mexico and painting from her car kept her protected from the sun and the relentless bee swarms in the area. She also famously painted from her New Mexico home.

Otherwise, O’Keeffe would paint no matter the weather. In the cold, she wore gloves. In the rain, she rigged up tents with tarps to continue to enjoy the natural scenes she loved dearly. She was a driven woman, committed to her art.

5. O’Keeffe went camping and rafting well into her 70s

O’Keeffe was always incredibly interested in nature and being outside. Her paintings usually featured flowers, rocks, landscapes, bones, shells, and leaves. The natural world would be her favorite subject matter all her life.

As O’Keeffe aged, she started losing her vision but never stopped creating. Eventually, she’d have her assistants mix pigments and prepare canvases for her and even after going blind, O’Keeffe took up sculpting and watercolor. She’d continue to work with pastel, charcoal, and pencil until age 96.

6. O’Keeffe’s ashes were scattered at Cerro Pedernal, a table mountain she frequently painted

O’Keeffe first visited New Mexico in 1929 and would paint there every year until she moved there permanently in 1949. She lived in Ghost Ranch and the landscapes in the area would inspire some of her most famous work. Additionally, the local architecture and cultural traditions of the southwest would become integral to O’Keeffe’s aesthetic.

A narrow table mountain called Cerro Pedernal could be seen from O’Keeffe’s home and appeared in 28 of her pieces. It was one of her favorite subjects to paint and where her remains have been scattered as per her wishes.

O’Keeffe won the Presidential Medal of Honor in 1977, and went on to write an autobiography. She participate in the film about her life, and inspired many future artists in her wake.

Do you prefer O’Keeffe’s landscapes or floral close-ups? Are you interested more by her style or her aesthetic? Regardless, she changed American art forever and is truly an icon in the art world.