HomeAncient HistoryMagic in the Ancient World: Egyptian Deities and Uses

Magic was fundamental to human life in Ancient Egypt. Many Egyptian deities invoked magic for healing and protection, including Heka, Shed, Tutu, Wadjet, Isis, and Bes. 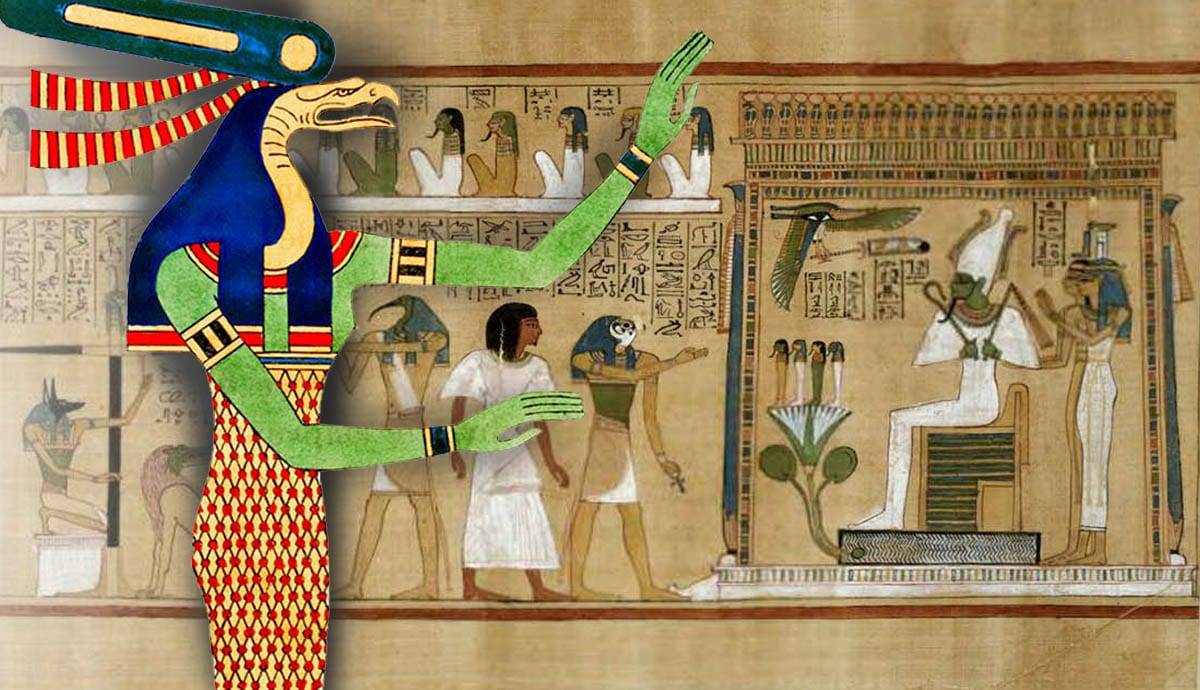 In Ancient Egypt, magic was invoked through deities, primarily by trained priests, but also by pharaohs, magicians, and ordinary people. It was an integral part of healing rituals and was brought into being using spells and sacred texts. The most prominent use of magic was as protection against evil, illness, disease, and danger; whether it be a snake bite, a life-threatening illness, or an invading army. Magic was intimately connected to medicine and healing, yet it could also be harmful as a curse or black magic. Objects were also believed to be charged with magic, including amulets and wands. Heka was the deification of magic while other Egyptian deities would use protective magic to help humans, including Shed, Tutu, Wadjet, Isis, and Bes.

Heka: Magic In The Universe & In Egyptian Deities

Heka was the deification of magic and medicine in Ancient Egypt and preceded all other Egyptian deities. The name Heka, or hk3w, is actually the old Egyptian word for magic and describes the supernatural force that Ancient Egyptians believed created and permeated the universe. The word Heka translates as “using the Ka.”

In Ancient Egyptian religion, Ka refers to the divine spirit that protects a person. It is an aspect of a person’s or a god’s soul and could live on after the body’s death, for example, in a picture or statue.

As an energy, Heka was available to Egyptian deities as well as to priests, magicians, and ordinary people and could be invoked both for good or ill. Magic can be loosely defined as a supernatural act, which is intended to bring about a change. According to egyptologist J. F. Borghouts, magic can be understood broadly as “a system of coping with irrational situations.”

According to Egyptian myth, the god Heka fought and overcame two serpents. These serpents then became part of Heka’s symbol, with two snakes above the head, or sometimes two intertwined snakes and a pair of raised arms.

Egyptian physicians called themselves “priests of Heka.” People consulted them to use magic to aid healing or to protect against illness, diseases, parasites, or respiratory problems, for example, which were commonplace in the Egyptian desert. Medical practices were combined with magical rituals and incantations to heal the patient.

Many Egyptian deities and pharaohs depicted on ancient tablets, stelae, statues, and scarabs carry a Heka scepter, or crook and flail, which we can see in the illustration above. A “sekhem” (power) scepter was carried by rulers and important officials and was used to designate earthly or state power. In the present day, the name of the healing practice Seichim, which is similar to reiki, takes its name from the word. The heka scepter, meanwhile, designated magical power and was used for purposes of healing.

In Ancient Egypt and other ancient cultures, there were believed to be two kinds of magic: protective, beneficial magic, or “white” magic; and harmful, negative “black” magic, which could come in the form of curses and hexes.

When magic is beneficial, it is typically used to heal and to protect. It could also be used to cast love spells, protect young children or women in childbirth, or accompany a dead or dying person on his/her journey through the underworld. However, people could also use magic in a harmful way, directed against one’s enemies as a curse, hex, or a personal kind of voodoo!

Most Egyptian deities who use magic are protective deities. Particular objects, especially amulets, could be charged with magic and were believed to attract benign forces and ward off evil spirits. Black magic, or necromancy, was also practiced, but it was widely thought that the magic would come back to bite the person in some form of karma when used with malevolent intentions.

Hieroglyphs were also used to bring desired results into being through the use of magic. Magic was closely connected to writing since the official practitioners of magic, the priests, gained their knowledge through studying ancient scripture and reciting incantations. Essentially, magic was channeled through Egyptian deities and bestowed onto their servants: the priests, magicians, and pharaohs of Ancient Egypt.

The Book Of The Dead

In her 2002 book Religion and Magic in Ancient Egypt, Rosalie David describes The Book of The Dead as containing spells that provided “magical measures to ensure the resurrection of the deceased and his safety in the next world.” Ultimately, the spells were intended to guide a dead person through the Duat, or underworld. Magic was necessary to protect from demons, evil Egyptian deities, and any dangers present in the underworld.

The text is thought to have been written by priests over the course of a thousand or so years. The book was placed in the coffin or burial chamber of the deceased. Many of the texts begin with the word ro, which means speech or spell. Magic was believed to be invoked through writing as well as speech. There are over 190 spells in the book.

Shed, or the Savior, as he is commonly known, was a protective god who saved others from illnesses and dangers, especially from wild animals. He is frequently depicted as a prince or child who saves people from animals that posed threats in Ancient Egypt, including serpents, crocodiles, scorpions, and lions.

Shed was a popular god during the New Kingdom era, dating from the 16th Century BC to the 11th Century BC. Shed also protected people from black magic and is often depicted alongside the infant god Horus.

Tutu is among the protective Egyptian deities from the Late Period (664 B.C. to 332 B.C.). He is typically depicted as a crowned sphinx in motion, sometimes with falcon wings, often with a cobra for a tail, and a human or crocodile head. He was most often depicted in statues, temple reliefs, and cultic stelae.

The sphinx is often associated with kingship and sun deities. It is used in the tenth card of the Tarot, The Wheel of Fortune, which depicts a light-blue sphinx at the top of the wheel wearing a crown and a cape. In the Tarot, the sphinx can be interpreted as a representative of wisdom and emotional life.

Tutu’s primary role was protecting people during the night from harm; people invoked him for defensive magic. Additionally, his image was believed to be charged with magic.

Wadjet, or Wedjat, was one of the early Egyptian deities from the Predynastic Period. She was also a protector deity. Her name translates to “the green one.” Along with Nekhbet, she protected “the Two Lands” (upper and lower Egypt) before they were unified. When the Two Lands were unified, the goddesses were used as a symbol for dualism.

She was a rebellious cobra goddess who protected against snakes and other dangers. She healed snake bites and spat cobra venom at anyone who threatened the pharaoh or a royal tomb. She also could control heat and fire. Basically, nobody would want to mess with her. Egyptians believed her to protect women in childbirth and saw her as the nurse and protector of the infant god Horus. Sometimes she is depicted with a cobra for a head that is reared back, ready to strike.

The “Wadjet-eye,” also known as the Eye of Horus or the Eye of Ra, was a powerful symbol of protection. It was commonly used in amulets as a stylized depiction of an eye, eyebrow, and curved line below, as well as vertical lines directly below the eye, which resemble the markings of a falcon.

Amuletic wands, or throwing sticks, were carved from ivory and animal bones. Some were inscribed with Egyptian deities, hieroglyphs, or a Wadjet eye. These objects were often made as votive offerings to appease the deities.

Isis was one of the early major Egyptian deities and among the most prominent of all the deities. Her duties included accompanying the dead into the afterlife and also protecting against snake bites and scorpion stings. Additionally, she was the divine mother of the pharaoh and married to her brother, Osiris. She invoked magic in the form of healing spells for the benefit of humans and other gods.

Bes was usually paired with his feminine counterpart Beset, who together were protector deities believed to bring good luck to one’s household. They were also believed to protect mothers, children, and childbirth. His symbol is the ostrich feather, which he sometimes wears for a headdress. He is perhaps the most charming of the Egyptian deities because of his small yet stout stature.

The Pantheon Of Egyptian Deities

There were many other deities who aren’t mentioned here who also used magic. To name a few others, Thoth was involved in the writing of healing texts, and Selqet was a scorpion goddess who was prayed to help heal stings. Bear in mind that there were over 2,000 deities in the pantheon! Thus, religion and magic were an integral part of everyday life in Ancient Egypt.

The Only Intact Egyptian Pharaohs Tombs Ever Discovered

The Magic Amulets of Ancient Egyptian Mummies For Eternal Life