When Marina Abramović made her controversial performance Rhythm 0, she opened up a discussion about the responsibility of the audience. 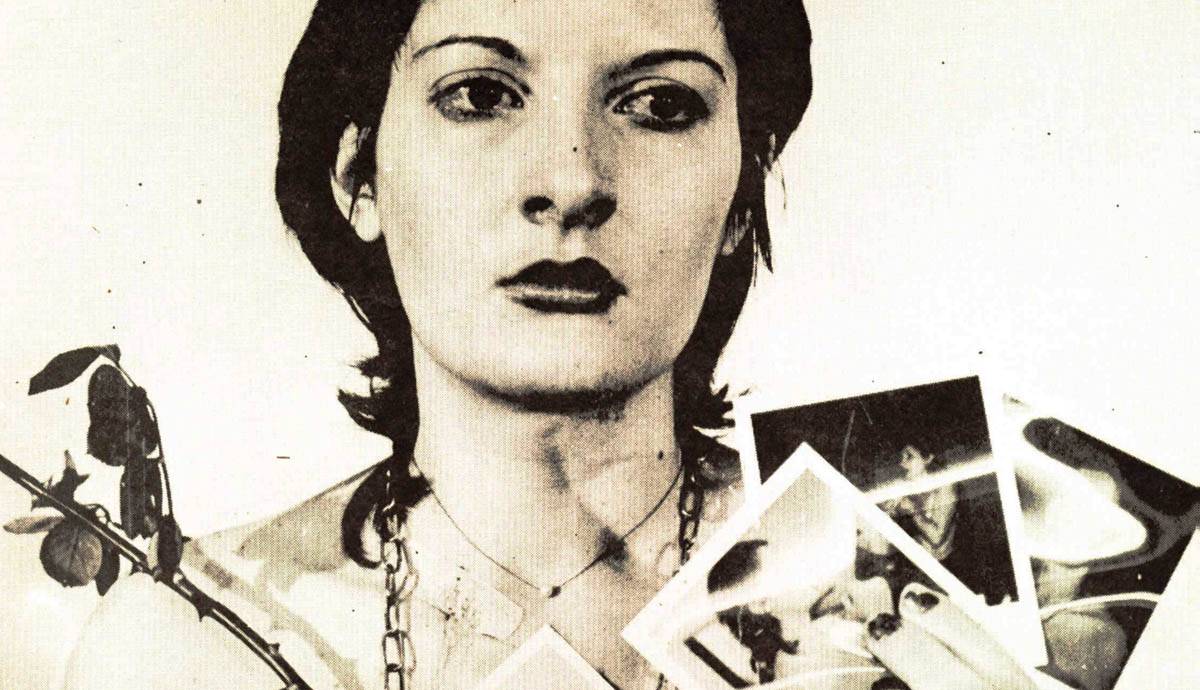 Marina Abramović’s famous performance called Rhythm 0 attracted attention due to its violent and even life-threatening interaction between the audience and the passively enduring artist. While the performance started out relatively harmless, the piece soon turned into something more sinister. The infamous work is part of Abramović’s Rhythm series, which consists of a group of performances the artist did during the 1970s. Abramović took considerable risks during the series and often harmed herself to explore themes such as control, the loss of it, and the limits of the human body. Rhythm 0 is the last work of the series and arguably the most dangerous one.

The Concept of Rhythm 0

The performance Rhythm 0 took place at the Studio Morra in Naples in 1974. It lasted for six hours. Marina Abramović provided the audience with the following instructions:

“Instructions.
There are 72 objects on the table that one can use on me as desired.
Performance
I am the object.
During this period I take full responsibility.”

The long list of the seventy-two objects laid out for the performance included:

This extensive list shows that the audience had the opportunity to use many items in a way that is neutral, pleasurable, or at least not harmful to the artist. By asking the audience to actively engage in the work, the performance piece questioned the responsibility of the viewers.

The Course of Events During the Performance

The accounts of what exactly happened during the performance, for example how the piece started and ended, vary. While some say that it was announced by the gallery director that the artist would remain passive for the next six hours, others report that the instructions were given only in the form of a text on the wall. It is also not clear whether the performance ended because the predetermined six hours were over or because part of the audience put a stop to it.

One of the most detailed descriptions of the course of events was provided by the art critic Thomas Mc Evilley. He was present during the piece and wrote that the performance “began tamely. Someone turned her around. Another person thrust her arm into the air. Someone else touched her somewhat intimately.” While it is debatable if intimately touching the artist can still be considered tame, the events of the evening quickly took a turn for the worse. Mc Evilley wrote that all of Abramović’s clothes were cut off after three hours. Someone used a knife to cut her neck and drink her blood. Abramović was sexually assaulted during the performance, carried around half-naked, and put on a table. According to Mc Evilley, “When a loaded gun was thrust to Marina’s head and her own finger was being worked around the trigger, a fight broke out between the audience factions.”

Even though not every audience member participated in these violent actions, someone wiped away her tears and some people even tried to intervene, Rhythm 0 is still an example of a performance piece that violently escalated due to the participation of the viewers.

Marina Abramović’s Reaction to the Performance

According to Marina Abramović, the audience fled the scene after the performance was over. People were apparently afraid to confront her and immediately left the exhibition space when Abramović ended her passive state and walked toward the public after six hours had passed. While Abramović silently endured the actions of the audience during Rhythm 0, she talked a lot about her experience after the performance. Abramović said: “The experience I drew from this piece was that in your own performances you can go very far, but if you leave decisions to the public, you can be killed.”

The work has left its mark on the artist. When Abramović went to her hotel room after the performance, she looked in the mirror and saw that some of her hair had turned completely white. Abramović said that she still has scars from Rhythm 0 and that it was difficult to get rid of the feeling of fear for a long time. The artist also said that because of this performance she learned where to draw the line and not risk her health and life again as she did during Rhythm 0.

What Have We Learned From Abramović’s Rhythm 0?

At the time of Rhythm 0, performance art was already a known art form. Even though it was accepted to some extent, performance artists were still being stigmatized as attention-seeking, sensationalist, masochistic, and exhibitionistic. Abramović’s piece was a response to this criticism. By leaving the outcome of the performance entirely to the audience, Abramović made the viewers responsible for the piece and not the artist. She wanted to see how far the public would go without the artist doing anything.

The question remains why the audience did things they would probably not do in their everyday lives. Abramović gave the audience the permission to do whatever they desire without any consequences through her instructions that said: “There are 72 objects on the table that one can use on me as desired and during this period I take full responsibility.” This, however, does not mean that the audience member’s actions adhered to their own personal standards. Most members of the audience probably deemed their actions morally wrong since they all fled the scene as soon as Abramović regained her role as an active agent after the performance.

In her book Marina Abramović, Mary Richards writes that the course of events was shaped by the dynamics of group psychology. Since the audience members acted as part of a collective, they were able to maintain an anonymous role inside the group. For Richards, a group acting out their desires is more dangerous than a situation where people would have to face the artist alone. Therefore, the individual is not responsible but the group. According to Richards, this can lead to group members encouraging each other to push the boundaries and experiment with the objects on offer.

The audience members who harmed Abramović during the performance might have felt justified in their actions due to the artist’s explicit instruction saying that she takes full responsibility for the audience’s actions and desires, which did not exclude sadistic desires. Another aspect that could have encouraged the audience’s behavior is that many of the 72 objects suggested violence such as the gun, the razor blades, and the hammer.

The outcome is still daunting considering that Abramović seemed to have been in great distress during the performance and that she also provided the audience with objects that could be used to cause pleasure. Whether an audience member harmed Abramović or just stood by and did nothing, they still had to confront themselves with the moral implications of their behavior.

In the book No Innocent Bystanders: Performance Art and Audience, Frazer Ward discusses the complex relationship between performance, the artist, and the audience. According to Ward, Abramović’s passivity and refusal to take on an identity during the performance positioned her as the Other and in some ways outside of the group. He compared her status with Giorgio Agamben’s homo sacer which describes a bare life that can be included or excluded from social-political order. For Ward, Rhythm 0 put the viewers in the very uncomfortable position of the sovereign who is able to decide whether someone lives or dies and who can assert or reject the value of Abramović’s being.

Objectification and Feminism in Rhythm 0

In the instructions, Abramović clearly states: I am the object. Her status as an object rather than a human being is confirmed by Abramović’s passive behavior and the audience acting out their desires on her. The artist herself said that she was there like a puppet. The objectification of Abramović’s body, the images of a woman enduring violence, and sexual assault seem to address feminist issues. However, Marina Abramović does not necessarily agree with this interpretation. She said that she never thought that it was female energy that drove the piece and that the courage to do this piece seemed more male from her point of view.

Rhythm 0 nevertheless shows a female body being objectified and commodified as an artwork. It is there for the audience’s taking, altering, and using according to their wishes. By exploiting and deciding over her body, the performance engages with feminist questions. A feminist interpretation of Rhythm 0 seems even more appropriate when one looks at the critical reception of the performance at the time. As a female artist Abramović’s work was particularly prone to censorship. Not only was Abramović not taken as seriously as her male counterparts in the art world, she was also ridiculed by the media. The Serbian publication Jež wrote that Marina Abramović wasn’t too bad to look at and that someone might be able to ‘use’ her. The audience actually using and objectifying Abramović’s body exemplifies the feminist connotation of the performance. When looking at this famous performance piece we can learn about the feminist importance of the work, the possible danger of harmful group dynamics, and the complex ethical responsibility we have for other people around us.

3 Breathtaking Artworks At The Vasari Sacristy In Naples

3 Breathtaking Artworks At The Vasari Sacristy In Naples

Marina Abramovic – A Life In 5 Performances