HomeAncient HistoryThe Life of Roman Women during the Roman Empire

The Life of Roman Women during the Roman Empire

The Roman Empire was founded in 27 BC and lasted until the fall of Constantinople in 1453. A vast history, yet not so much is known about Roman women. 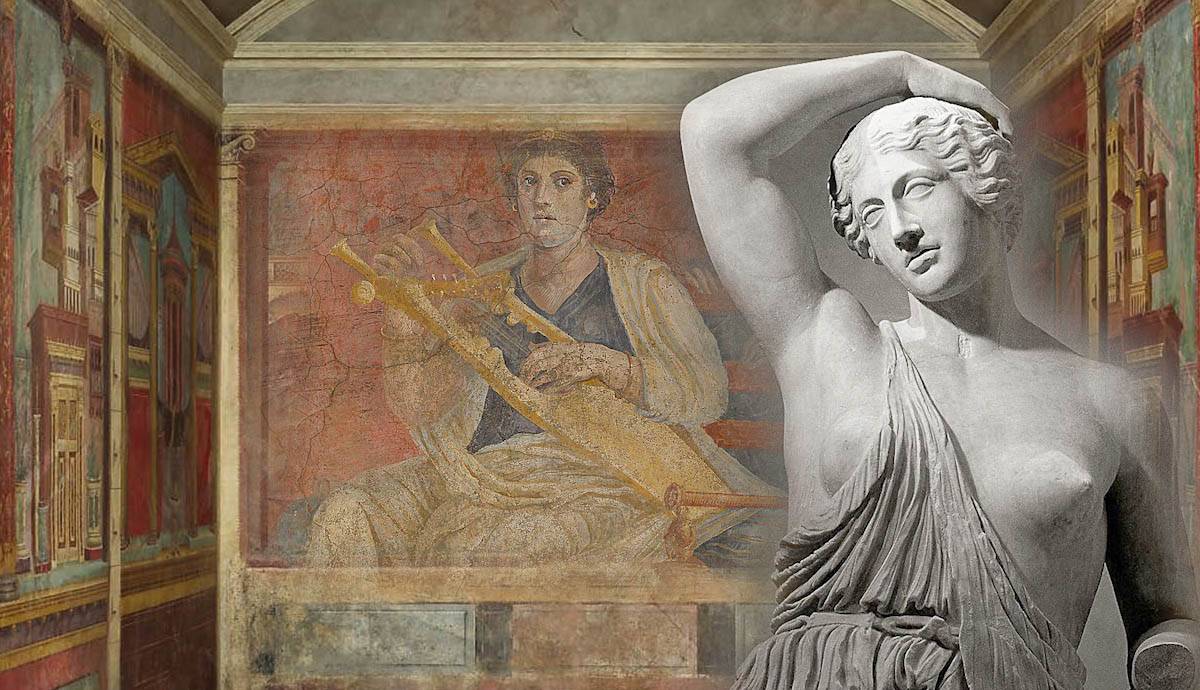 Roman society is, by definition, a patriarchy where either the father or the husband had the central role both in society and family. Men were citizens of Rome, while women were citizens only through the extension of their male relatives. Despite such a limited role and a life confined to the household, Roman women still managed to gain influence in the Roman Empire and at times even decide the fate of the state. This article will explore some key aspects of the life of Roman women and ponder on their real power within the Empire.

The Legal Status Of Roman Women

In the eyes of Roman law, women were not equal to men. Women were not considered full-fledged citizens of the Roman Empire but were citizens only in connection to other men. For example, a daughter or a wife could be a Roman citizen through the citizenship of her father or husband. This legal inequality also had practical implications.

It was essential to be recognized as a full citizen of the Roman Empire because, through this status, one could benefit directly from the laws aimed to protect Roman citizens. Because women were citizens through their male relations, they were only able to access the legal benefits of citizenship only with the help of a man; thus making Roman women dependent on the men from their immediate and extended family for all legal matters.

However, as with many periods throughout history, exceptions existed. For some women, these rules did not apply to them at all. However, this situation was valid for most women and especially true for those who did not come from or marry into an influential family.

The Day-to-Day Life And Marriage Expectations Of Roman Women

As in most ancient cultures of the time, the differences between the life of a poor Roman woman versus a rich one were significant. However, both rich and poor Roman women were primarily raised indoors. For rich women, this indoor lifestyle usually continued into adult years. For poor women, this was not the case as they would need to work sometimes as hard and as much as men to help support the family.

As a woman’s life would revolve mainly around the house, her general education wasn’t a point of interest. Usually, it included skills needed for running a household and raising the children. Interestingly enough, under Emperor Augustus, a new law was introduced that formalizes an already-existing prejudice: women who were not married by the age of 20 would be subject to marginalization and some legal penalties. Laws like these demonstrate how Roman women were valued in society. According to society and the state, they were expected to marry and have their lives revolve around the household, husband, and children. Let us take a closer look at their education and how it differed from that offered to boys.

While the Roman Republic tended to permit more exceptions concerning the rights of women, the Roman Empire, starting with Augustus, adhered to stricter rules and stronger regulations in public life. An exception from the time of the Republic, however, is that of Hortensia, daughter of Cicero’s rival, Hortensius, who was a very educated woman. She became a celebrated speechmaker, conquering listeners with her brilliant orations. This was indeed very rare, as speechmaking was seen as an activity exclusively for men and often one of the main skills of the politicians. However, opportunities such as these for women changed with the rise of the Roman Empire.

For middle to high-class girls of the Roman Empire, education comprised the basic skills of reading, writing, and some mathematics. These skills were taught so that the girls would be able to manage a household and its expenses, be good wives, and be entertaining companions to their husbands. Because these were the aims of a girl’s education, Romans believed that anything going beyond the fundamentals could become unpleasant and even dangerous. It was thought that the more educated a woman, the more pretentious she will become,which would lead to difficulties. Moreover, a high intellect was often seen to be related to sexual promiscuity; which was certainly undesirable.

Contrary to what one might expect, divorces did happen during the Roman Empire. Even if women did not have equal rights with men and were not seen as full citizens, they still could divorce. There were no special legal procedures to divorce since it was enough for one of the spouses to say that they simply wanted to end the marriage. As a result, divorces were quite prevalent, especially in the cases of political marriages. When a party would consider that they no longer needed the political support of the other party, the spouses would simply obtain a divorce.

Moreover, fathers could also decide for their daughters to divorce their husbands. After the divorce, the daughter would re-enter under the guardianship of her father, just like she was before getting married. Additionally, it is interesting to note that, in most cases, it was common for husbands to get custody of the children. Therefore, through a divorce, the woman would most likely return to her parents’ house and leave her children behind. In abusive cases, the husbands would try to exploit the divorce and keep the dowry with which the women entered the marriage. The husband would usually accuse the woman of being unfaithful and therefore ask to keep the dowry.

Roman Women And Their Role in Politics

Roman women did not have direct access to politics and therefore did not usually play a significant role in the political arena. However, they were not entirely powerless. Women were able to influence politics through their marriages and their husbands. If the husband of a Roman woman was a candidate in an election, for example, she could influence the result through her image, her home, and the way she received guests.

Similar to today, politics happened not only in institutions and official places but also in one’s home. During the Imperial period, Romans appreciated the image of the family man, and this image was highly exploited by politicians who looked to earn the favor of the general public. However, this “family man” politician wouldn’t be complete without a harmonious household, good children, and a virtuous wife. The ideal wife was humble, obedient, kept a good home, didn’t spend too much money, and dedicated herself to her family. The wife of a political candidate’s reputation could significantly affect the political success of her husband. Even if the political power of Roman women was not direct, they still had the means to influence the careers of their husbands and by extension the overall welfare of their family.

Most of the lives of the well-known empresses of the Roman Empire were plagued with rumors of poisonings. For example, the wife of the first emperor, Augustus, is said to have poisoned her husband. Livia was said to have put deadly poison on the figs that the emperor would pluck from their garden. Similar accounts can be found about Agrippina, Messalina, or Plotina. However, there is little evidence to support these rumors.

What is most likely is that recycled stories portraying emperors’ wives as poisonous traitors and conspirators spoke to anxieties about how close these women were to the heart of power during the age of emperors. Where once power had resided in the Roman senate, now women presided over a household that was also the epicenter of government.

As First Lady of the US, Nancy Reagan, once said, “For eight years, I was sleeping with the President, and if that doesn’t give you special access, I don’t know what does.” The question of how much influence women did – and should – have in the organization of the Empire preoccupied the Romans as powerfully as it preoccupies us today.

Beauty In The Roman Empire

Beauty has always played an important role in societies throughout history. The appearance of Roman women wasn’t to be neglected because it was thought that her beauty affected the reputation of her husband. If she looked pleasant, it would reflect favorably upon her husband. Literally speaking, the woman was the image of the household, and her appearance communicated more than just good genes or personal beauty. However, they would be mocked if they overdid it. For example, the poet Ovid mocked women who tried to appear more youthful than they were and exaggerated their features with cosmetics.

Even so, women were still expected to take care of their looks and use cosmetics in a tasteful and subtle way. However, all these accounts come from the perspective of other men. It is therefore quite difficult for historians to pinpoint how women felt and reacted to Roman beauty standards. The Roman Empire had, nonetheless, a thriving beauty culture: wealthy women hired hairdressers to dye and style their hair in the latest fashions. Roman women also used natural products such as honey or roses regularly for their beautifying properties.

In The End, What Power Did Roman Women Have?

According to the findings of historian Coen van Galen, the basis of female independence lies within the peculiar Roman family structure, the familia. This was a structure in which legal adulthood didn’t exist and sometimes did not adhere to traditional gender roles.

“The head of the familia owned all the property and had the authority to make decisions,” Van Galen explains. “This head was the oldest relative of the male line, who would make decisions on behalf of the entire family.”

For the case of the familia, its most interesting characteristic lies in the fact that the oldest relative of the male line could be a woman if she were the eldest child. For a period of time, there were no differences made for women in the legal sense.

Van Galen continues: “When they married, Roman women usually became part of the husband’s familia, which in a legal sense put them in the role of their husband’s daughter and meant they were subordinate to them as long as he lived.”

Such pieces of information surely change the picture of the life of Roman women, offering even more nuances to their role. This only shows that even a highly patriarchal society like the Roman Empire can have its own exceptions and loopholes in the legal system which allowed for freedom and independence for women.

Roman Women You Should Know (9 of the Most Important)

Roman Women You Should Know (9 of the Most Important)