Based on the characters featured, CGC grade, and edition, some comics have earned huge payoffs. Here, we’re sharing the top comics sold from 2010 to 2019.

Comic books used to be seen as only something kids begged for when the newest edition of their favorite superhero hit the stands. As the first decade of the 21st century comes to a close, we’re starting to see common items of the late 20th century become priceless items for collectors.

Now, as those kids have grown up, some of these rare comics are now worth millions.

Just like fine art or antiques, there is a grading system when it comes to comics. The leading third party who grades collectibles like comics, magazines, and books is called the Certified Guaranty Company or CGC, founded in 2000.

Most Valuable Comic Books By Era

Multiple experts grade each collectible that comes across their desks from 0.5 meaning poor and heavily defaced to 10 meaning “gem mint” with no evidence of any defects. Anything above a 9.0 is impressive.

Based on the characters featured, CGC grade, and edition, the following comics have earned huge payoffs. Here, we’re sharing the top comics sold from 2010 to 2019. 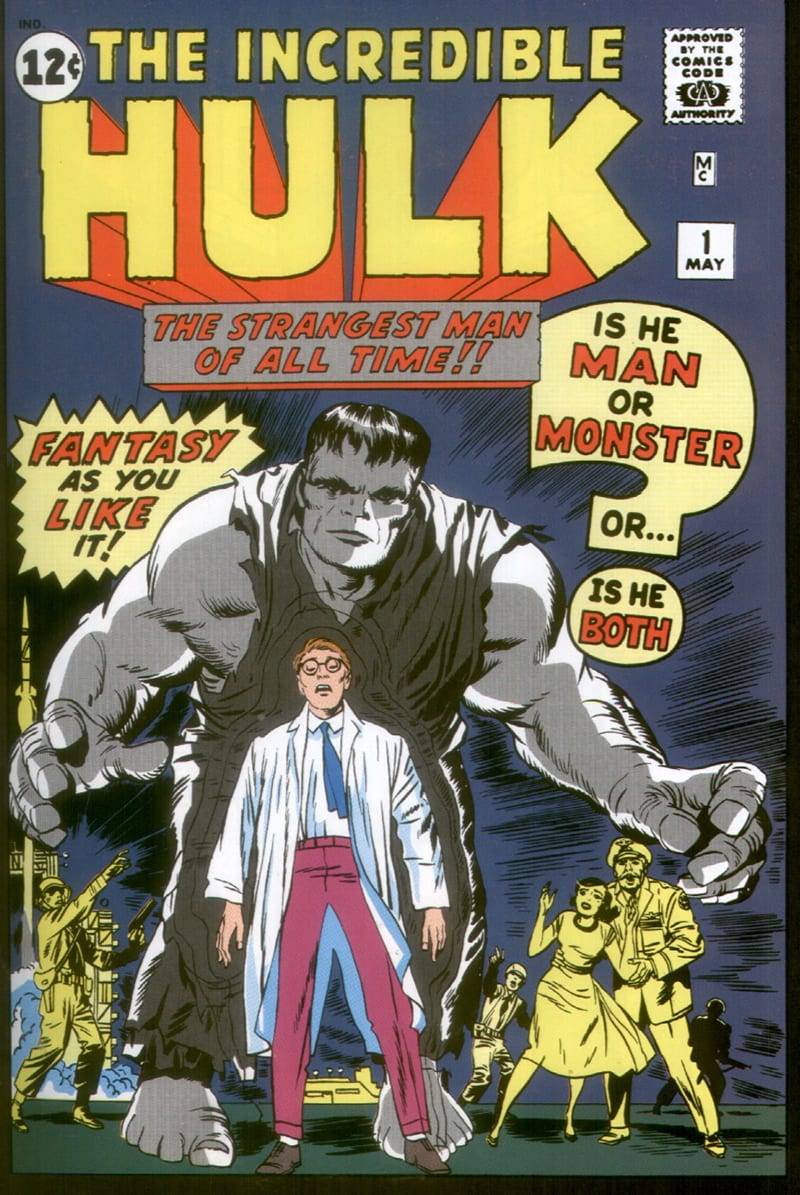 In this May 1962 comic by Stan Lee and Jack Kirby, the Hulk makes his first appearance. Graded at a 9.2, there is only one other copy known to be in better condition. Including this one, two copies of “The Incredible Hulk” have sold for over $300,000 which is more than double what it was selling for only five years prior. Since 2014, many “Incredible Hulk” #1s have gone on the market, regardless of condition, due to these soaring prices.

The cover of the first edition of “Captain America Comics” from March 1941 is shocking to say the least, featuring Captain America himself punching Adolf Hitler in the face. As you may recall, the U.S. was not even involved in World War II until December of that year. Joe Simon and Jack Kirby, the comic’s creators actually received death threats because of it. Both Simon and Kirby were Jewish.

Recently, another copy of this same comic but with a 9.4 CGC grade has sold via Heritage Auctions and is expected to outsell the one listed here.

It’s rather uncommon for a non-first edition of a comic to become a top-seller, especially when it doesn’t include the first presentation of a famous character like Batman or Spiderman. Instead, this sale just goes to show that a high CGC rating goes a long way in demanding a high price tag.

“Tales of Suspense” from 1963 is the first time Iron Man appeared in the comic by Stan Lee and Jack Kirby. Iron Man has only recently become mega-famous, with the success of the Marvel’s Iron Man and Avengers movie franchises, so perhaps it makes sense that Iron Man’s first appearance would cause a stir over the past decade.

This copy of “Flash Comics” which debuted in January 1940 came from the famed comic book collector Edgar Church. Most of the best-kept copies of comics from the “golden age” come from his collection, including this first edition featuring Flash and Hawkman.

The comic book collector industry moves fast. This copy was the second most expensive comic ever sold for a time but was swiftly beat out twice later in 2010.

The first issue of “X-Men” from 1963 by Stan Lee and Jack Kirby has sold for high prices before but this copy, with a slight 0.2 CGC grade increase made all the difference. A copy that sold for less than half the price was graded at 9.6 which is still incredible. It is just another example of how important this grading system has become.

This first edition of the classic ongoing D.C. Comic “Batman” is special. It’s the first time characters like Catwoman and The Joker appeared and it’s one of the only comics to ever sell for more than $500,000 – thanks, in part, to a bidding war at the auction.

That’s right, here we have the same comic from our #9 spot, “Captain America Comics” #1. Interestingly, with only a 0.2 CGC grade increase, the exact same issue sold for three times the price eight years later. The importance of this grading system, once again, cannot be stressed enough.

In an astonishing leap, we’ve now hit the million-dollar mark, perhaps not surprisingly due to the first-ever appearance of Batman in a comic. Issue #27 of “Detective Comics” from 1939 marks the start of “The Amazing and Unique Adventures of The Batman.”

When it sold in 2010, it was, by far, the most expensive comic ever sold. And with a rather low grade of 8.0 from the CGC, that’s amazingly impressive it sold for so much. Theoretically speaking, a version of “Detective Comics” #27 with a grade of 9.2 would be the most valuable comic book in the world.

As the cover shows, “Amazing Fantasy” #15 introduced SpiderMan for the first time in 1962. This comic book is considered part of the “silver age” and with SpiderMan’s fame, it was expected to sell for big bucks. But no one expected it to go for over a million.

Still, as collectors know, auctions can be a mystery and sometimes predictions are way off. When this copy sold for $1.1 million, experts were shocked. Just another great example of the subjective nature of value in art.

Four different high-quality copies of “Action Comics” #1 have sold for millions of dollars over the years and this was one of them. The 1938 comic debuted Superman by Jerry Siegal and Joe Schuster and this copy graded at 9.0 sold on eBay for over $3.2 million in 2014.

Just three years earlier, it broke records when the other 9.0 copy sold for $2,161,000 and it’s been said that Edgar Church has a pristine copy of “Action Comics” #1 in his collection. He’s never sent it to the CGC for grading but it’s rumored to clock in at 9.2. Perhaps it could go head-to-head with “Detective Comics” #27 as the world’s most valuable comic.

Bet you never knew how much went into selling collectible comic books. Well, now you do. How much would you pay for a classic comic?