HomeArtistsWhy Are We So Obsessed With Van Gogh’s Last Paintings?

Why Are We So Obsessed With Van Gogh’s Last Paintings?

For Vincent van Gogh, nature was a source of life and inspiration. But his abstract interpretations of tree roots and wheatfields would also define the way we perceive his death. 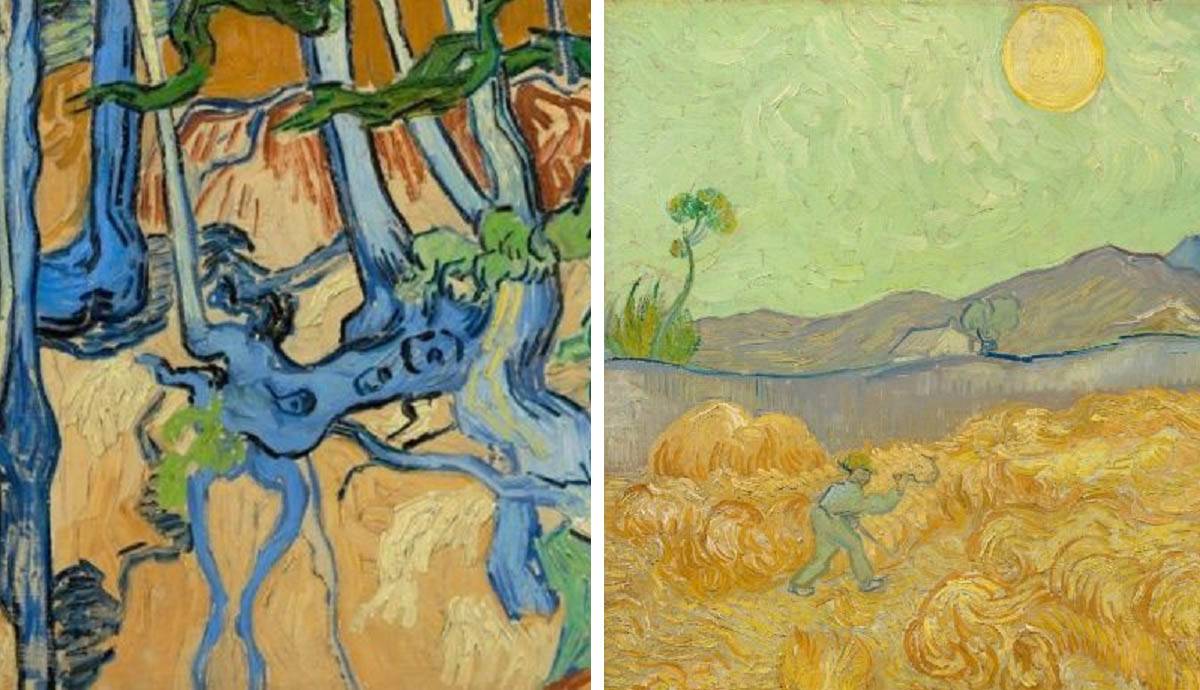 On July 27th, 1890, Vincent van Gogh suffered a fatal gunshot wound that would kill him two days later. He spent his final day in much the same way he had spent others: working and painting. But what did he paint? Can his last works tell us anything about his state of mind? Much like Picasso’s Self Portrait Facing Death and Frida Kahlo’s Viva la Vida, Van Gogh’s last paintings might carry the hidden clues of an artist about to meet his fate. Sweeping wheatfields, twisted tree roots, and turbulent skies dominate his final works. Read on to learn more about these famous artworks belonging to Post-Impressionism.

Vincent van Gogh: From the Rural Netherlands to Paris

Vincent van Gogh (1853 – 1890) was born in the Netherlands and grew up in the Brabant countryside. He often went for long walks through the neighboring woods and sweeping fields, and it is here that his love for nature was born. Between 1883 and 1885, Vincent started to put his passion for the countryside on canvas and entered his notable period as a peasant painter. Contrary to his later work, he painted farmers with an earthy, monochrome palette and weather-beaten faces.

He was taking his first few steps into developing what was to become his unique Post-Impressionist style. However, a chain-smoking and malnourished Vincent van Gogh quickly realized that he wouldn’t find his voice in the Netherlands. So, Van Gogh headed to Antwerp in order to study at the academy of art. While the Flemish city had much to offer in terms of culture, materials, and artistic tradition, the artist soon grew tired of the traditional training of the academy. He felt that his impulses were pulling him in a different direction, and in 1886, he found his way to the art capital of the day, Paris.

Between 1886 and 1888, Vincent van Gogh fully explored his artistic identity and developed his trademark style. He exchanged the monochrome representations of farmers and agriculture for colorful depictions of life. He circulated Paris’ intellectual scene and indulged in artistic debate with contemporaries such as Paul Gauguin, Emile Bernard, Henri de Toulouse-Lautrec, and Louis Anquetin.

The Spiritual Landscape Painter of Post-Impressionism

Intellectual stimulation aside, it didn’t take long for the city to feel like a concrete cage. Vincent van Gogh longed to reconnect with nature, and in 1888, he headed south to Arles. The former provincial capital of ancient Rome had much to offer, particularly in its surrounding fields and plains. Van Gogh enjoyed colors and fresh impressions in Arles. He also discovered new levels of visual depth that brightened up his palette, and for a brief moment, his mood. A few months after his arrival in Arles, he wrote:

“Well, I’d like to be able to attain that self-confidence that makes a person happy, cheerful and lively at all times. That can happen much more easily in the country or a small town than in that Parisian furnace.”

Van Gogh moved into the famous Yellow House, which he wanted to use as a studio and a refuge for many Post-Impressionists. Sadly, his little artist colony never had the chance to flourish, as he started to suffer from attacks and hallucinations. After one of many heated arguments with Gauguin, Van Gogh suffered his worse attack yet and cut off a part of his left ear. Dr. Félix Rey, Van Gogh’s physician in Arles, suspected the painter had a form of epilepsy, although researchers have since suggested the artist could have suffered from psychosis, manic depression, and schizophrenia. Resolved to conquer his demons, he headed 30 kilometers east to the lush fields of Saint-Remy and checked himself into the Saint-Paul Asylum on May 8th, 1889.

During his stay at Saint-Remy, Van Gogh’s relationship with nature found new depths. His work became more expressive, abstract, and spiritual. Growing up, he was by all accounts a rather conventional, albeit liberal, follower of the Christian faith. He had even spent 2 years working as a preacher in a Belgian mining village, where he tried to find a more genuine way to serve. But later in life, he gradually developed a more spiritual interpretation of God.

In his letters, Vincent van Gogh gushed about the olive trees and cypresses like others might about a lover, and described them as the very soul of the Provence. Who was God in this? He was an unnamed force. A great something up there, and an expression of our shared history and environment, an expression that he painted into the skies and the trees of his Post-Impressionism.

While his condition made him question his sanity and, at times, even his value as a human being, Van Gogh’s artistic instincts intensified. In-between the worst psychotic breakdowns he ever had, the artist produced some of his most famous works. During times of relative peace and stability, he received permission to paint the fields surrounding the asylum. And it is here that we observe a definite shift in his style. Sun radiates in concentric circles, breathing life into olive trees, and clouds coil gracefully over cypresses.

The sky became a flamboyant protagonist in Van Gogh’s work. Trees were painted as solemn bystanders of chaos, smoothing the transition between the earthly and divine. His Starry Night is perhaps the most notable expression of this, although the Starry Night is one of the last pieces where energy is still matched by harmony. Despite evidence of persistent mental imbalance, Van Gogh checked himself out of the asylum on May 16th, 1890. He died 2 months later.

Wheatfields and Tree Roots: A Myriad of Tragic Clues

The sequence of events that led to Vincent van Gogh’s death is still disputed. For years, scholars believed that the artist, overcome with despair, shot himself in the chest. While this theory is still supported by the Van Gogh Museum in Amsterdam, biographers Steven Naifeh and Gregory White Smith suggest that Van Gogh may have been shot. The academic discussion of the artist’s final moments aside, his last couple of paintings do a pretty good job of telling their own story.

The Wheatfield with Crows was often thought to be Van Gogh’s last painting. A dirt path wades through golden wheat fields while crows emerge from the crops as if startled (perhaps by a gunshot?), escaping towards a tumultuous sky. Van Gogh’s dynamic brushstrokes carry a greater sense of urgency compared to his previous works. We are far removed from the grace and balance of the Starry Night’s swirling orbs and waning moon. Here, the sky is distressed, the wildlife frightened, the moon faded and lonely.

In one of his final letters to his brother, we see a dissonance that is rather typical of Vincent van Gogh, that of darkness and light; happiness and sadness. Vincent wrote:

“There – once back here I set to work again – the brush however almost falling from my hands and – knowing clearly what I wanted I’ve painted another three large canvases since then. They’re immense stretches of wheatfields under turbulent skies, and I made a point of trying to express sadness, extreme loneliness. You’ll see this soon, I hope – for I hope to bring them to you in Paris as soon as possible, since I’d almost believe that these canvases will tell you what I can’t say in words, what I consider healthy and fortifying about the countryside.”

While The Wheatfield with Crows is certainly one of Van Gogh’s last pieces, the Van Gogh Museum has identified Tree Roots as the painting he was working on just before he died. In 2020, the exact location where Van Gogh painted his masterpiece was revealed, following the discovery of a historical postcard. Tree Roots, it seemed, was created on a major road through Auvers-Sur-Oise, where Van Gogh spent the last month of his life. We can now imagine the artist sitting by the road, fussing and obsessing as he usually would, to get the roots just right.

Contemporary thinkers believe that Vincent was not behaving out of the ordinary during his last couple of days. In 1882, Van Gogh had already explored the theme of tree roots, and offered a striking analysis in a letter to his brother:

“Frantically and fervently rooting itself, as it were, in the earth, and yet being half torn up by the storm. I wanted to express something of life’s struggle.”

The fact that he spent his last day breathing new life into an old subject, may not be a coincidence. Vincent commonly wandered the streets and fields, looking for a view that spoke to him. In the midst of the rich natural surroundings, he chose to sit down and paint tree roots in the style of Post-Impressionism. Even in his 1882 work, finished a year before his defining relocation to Paris, Van Gogh already embodied core values of Post-Impressionism. For him, the tree roots didn’t just reflect the nature of the object, but human nature and his own nature, in all its chaos and obstinance.

Why We Love Vincent van Gogh

Vincent van Gogh’s life started and ended with the artist surrounded by nature. While he briefly abandoned the countryside to refine his craft, he quickly found himself among farmers, wheatfields, and trees once again. Nature was his true home. It was where he encountered himself in every shade and color. In his final months, Van Gogh felt like a broken man. He didn’t believe that happiness and stability were in the cards for him. Despite the fact that he painted with the same passion he had all his life, his art still couldn’t save him.

Today, Vincent van Gogh can move us so deeply because of how close we are able to get to him. We can better understand him through his large collection of letters where we see a vulnerable man talk about his art, books, exciting projects, and his profound wounds. We see him in his paintings too, where an expressive artist combines color and shapes to create the most vibrant works of Post-Impressionism. We can also find him in nature, in the same place where he believed every person could find themselves. 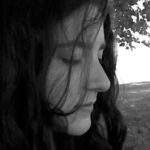 Is This The Best Online Resource Of Vincent Van Gogh Paintings?

Questionable Van Gogh Self-Portrait is Authenticated. Is it Real?