How Nazi Germany Profited from the Volkswagen Beetle

The Volkswagen Beetle – you either love it or hate it. But did you know that its origins are intertwined with Adolf Hitler and Nazi Germany?

One of the best-selling cars of all time, the Volkswagen Beetle has more than earned its place on the world’s car stage. It has gone by many names through its long and complex life, including the “Bug.” Production only halted in 2019 after lasting since the 1940s, with a couple of gaps along the way. The car’s origins lie in 1920s/1930s Nazi Germany. This article will explain how one of the most terrible regimes in history led to one of the most popular cars of all time.

The Volkswagen Beetle: For the People!

“Volkswagen” literally translates into English as “people’s car.” Traditionally, Ferdinand Porsche has been credited with the original design of the Beetle – officially known as the Type 1. He and his design team worked until 1938, shortly before the outbreak of the Second World War, to finalize it.

However, an Austro-Hungarian inventor named Béla Barényi has also been credited with the original design in 1925, a full five years before Porsche. You can view his technical drawing today. In 1955, Barényi successfully sued Volkswagen and, as a result, was officially recognised as a contributor to the creation of the Type 1 – the vehicle that became the Volkswagen Beetle.

Whoever came up with the concept first, it was undoubtedly Adolf Hitler who drove it into mass-production, assisted by Porsche. The following is how and why he did it.

Where Did the Volkswagen Beetle Get Its Name?

The Beetle’s name never actually came into being until long after the war had finished. It was introduced to separate the public image of the car away from being a piece of Nazi propaganda and into a happy little everyday ride.

Hitler set up the state-owned Volkswagen company before the war in Nazi Germany under the umbrella of the DAF, the Deutsche Arbeitsfront (German Labour Front). The DAF ran the Kraft durch Freude (KdF – “Strength Through Joy”) program, designed to bridge the divide between classes and promote National Socialism to the masses, and so the car was named after this – the KdF-Wagen (literally – the “KdF Car”).

It was initially assembled at a factory near Fallersleben, which came to be called KdF-Stadt, meaning KdF City, although its full name was “Stadt des KdF-Wagens bei Fallersleben.” After the war, the area was renamed Wolfsburg, honoring the nearby castle.

The origins of the name “Beetle” aren’t too clear. It seems to have originated in Britain around the 1950s or early 1960s, while the term “Bug” became synonymous with the car in North America.

How the West Opened the Door to Nazi Germany

In pre-war Germany, conditions were awful. After the First World War, the victorious Allies (primarily the British Empire, France, Italy, and the US) had inflicted reparations on the once-proud state. These terms were set out at the Treaty of Versailles, signed in the Palace of Versailles, on the 28th June 1919.

This was the first kick in the teeth of the German people. After surrendering and losing the war, the Treaty left the country severely weakened by unpayable debts, defencelessness, and international bitterness. Feeling betrayed by their leadership, the Germans needed to find a way out of the mess they were in.

Inflation turned into hyperinflation by 1923. It was so bad that prices would rise and even double before you got to the end of a shopping queue. People burnt paper money rather than purchasing fuel because it was cheaper; the situation was beyond dire.

When Adolf Hitler came onto the political scene in the early 1930s, he promised growth (“Lebensraum” – living space) and a way to rebuild. These weren’t just empty promises. As a devout German (born Austrian) nationalist who had fought in the First World War, Hitler wanted to recreate the state’s power and scorn those countries who had brought it to its knees.

However, economic growth required investment. As Hitler began preparing the country for what he understood as greatness, one of his first and most significant projects was creating and implementing the now-famous Autobahnen.

Die Autobahnen and The Volkswagen Beetle

But the Autobahnen needed cars to run on them – the roads were there, but the vehicles weren’t yet. This fuelled the concept of the “people’s car.” Up until that time, cars were only owned by the richest of society in Germany, with most people making do with motorcycles. Hitler wanted to release a car that the state could produce on a vast scale and that would be affordable to the German working class. It was all part of the Volksgemeinschaft (People’s Community) – the Nazi vision for Germany.

Adolf Hitler was corrupt and evil from the start of his leadership, as were the fanatical National Socialist Party members who followed him. As a result, it’s hard to picture him caring for the common person in Germany. Whether or not he cared for the people, or rather, those members of the German State Hitler recognized as the people, can be discussed in-depth elsewhere. But, for this article, we can surmise that what Hitler cared for was driving the German economy forward. Once he’d fully accomplished his aim, Nazi Germany would have had the power to compete in international markets once again.

The distinctively curved shape of the Volkswagen Beetle evolved through a few previous designs from Porsche, although Barényi would have something to say about that. For example, the Type 12, released by Porsche in 1932, shows the general “Beetle”-looking shape that would come to be associated with the car.

1933 saw Porsche show off the Type 32, designed for NSU, a German motorcycle company, although they only ever built three. However, the shape and general layout of the car were to be the basis from which Porsche developed the “Volkswagen.”

In Autumn 1933, after Hitler became chancellor of Germany, he invited Porsche, who ran a design firm, to a meeting. He told Porsche the ideas he had in mind – a cheap family car with an air-cooled engine. The reason it had to be air-cooled was that water-cooled engines often froze during the winter months. Importantly, it had to be made and sold for less than 1,000 Reichmarks. It also had to be very fuel-efficient, about 40 mpg, to be affordable to run. It should also be able to cruise at 100 km/h with space for two adults and three children.

At later meetings, Hitler reportedly even made his own sketches. In Ferdinand Porsche’s records, it was known as Project 60. He signed a contract in June 1934. Although Hitler proudly announced that testing for the new Volkswagen would be finished by the middle of the year, it was slightly overambitious – the Type 1 wouldn’t see its production starting for several years yet.

So, how did this unassuming, chirpy-looking little car benefit the Nazis? No German civilian ever received the car they were promised. Rather than fueling the German people’s escape from induced poverty, they used it and the profits from it for something else entirely; war.

To purchase a car, even one as cheap as the KdF-Wagen, was far beyond the average German’s wage. They would need to save for many years to afford the 990 Reichsmark car. However, Hitler couldn’t afford the economy to stand still all this time. He needed people channeling money into the state. Moreover, the leaders of the DAF had insufficient initial funds to set up a car factory large enough to meet the predicted order numbers, never mind paying for the impending war.

Instead, to spur the country’s needed growth, Hitler and the Nazis offered the car to the people under a savings scheme known as KdF-Wagen Sparkarte (“savings booklet”). The Sparkarte contained four cards, each with space for fifty stamps. Each stamp represented 5 Reichsmarks paid into the savings scheme. Citizens were encouraged to pay this amount per week, although they could deposit more if they could afford it. Since the car had a price of 990 Reichsmarks, a person required 198 stamps to be eligible for their car. At 5 Reichsmarks per week, this would have taken about three years and nine months.

Hundreds of thousands of people opted into this scheme which commenced in August 1938. By the end of the war in 1945, many people had paid the car off completely, indirectly financing Nazi Germany’s war machine.

When Did the Germans Start Receiving the KdF-Wagen?

In short – they never did. Not one was ever delivered to a civilian before the late 1940s, although Hitler took delivery of the first convertible model ever for himself. The Sparkarte was set up in August 1938. In February 1939, the KdF-Wagen was launched to both the German public and the international media. However, events over the next year culminated in Hitler and Stalin’s two-pronged attack on Poland on 1st September 1939. At that point, Britain entered the war, signaling the commencement of the Second World War.

In essence, then, Hitler – to some extent – tricked the German people into providing funds to drive the Nazi war machine. They never received the cars they were promised, and Hitler ended up losing the war anyway. Had Germany won the war, the “people’s car” may have been produced and bought faster than anything else we’ve ever seen. What would become the Volkswagen Beetle had, in the end, turned into an unrealized dream that had partially funded almost six years of war.

During the war, the Volkswagen company took a much darker turn. The workforce was far from sufficient, so the plant began using forced labor to make up the numbers. There were still German employees, but the workers also included Soviet and Polish prisoners of war, known as Ostarbeiter, or “Eastern workers,” along with concentration camp inmates, Jews included. Both men and women worked there.

April 1942 saw Arbeitsdorf (“Work Village”) – a concentration camp directly linked with the factory – set up on the plant’s property. Eventually, the “people’s car” site was also home to a shocking four concentration camps along with eight camps for forced laborers.

Before 1943, pregnant women were simply sent back to their country of origin. However, post-1943, children born due to either previous pregnancies or relationships among the workers were “cared for” in nursery facilities. These were either on-site or in Rühen, a nearby town. Unfortunately, they were far from adequate, and, in Rühen, the mortality rate was almost 100%. After the war, finding the doctor in charge of the Volkswagen facility guilty of criminal neglect, British occupation officials sentenced him to death. He was executed in 1947.

The Volkswagen headquarters are still found in Wolfsburg, the same place as during the war. Today, the company is very aware and transparent of its history. However, it has moved on as an independent item and left its roots far behind.

The Volkswagen Beetle after the War

During the war, the Volkswagen factory was bombed and shelled by the Allies. A few vehicles remained in the factories and, when the British found them, they took and commissioned them as military vehicles for themselves in the years that followed the war. On the 22nd August 1945, the British military ordered 20,000 vehicles. 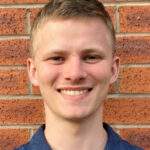 By Benjamin KitchenIMI Certification in Mechanics w/ Advanced PhysicsBen is an automotive journalist from the West Midlands in England. He holds an IMI certification in light vehicle mechanics and three A-Levels in Physics and Further Maths. With five years of writing experience, he spends most of his time delving into the fields of engineering and motoring. When he’s not working, you’ll find him reading his Bible or traveling around the world.

World War I: Why Were Tanks Invented?
By Benjamin Kitchen, in Stories