HomeAnswersWas Caligula the Worst Roman Emperor of All Time?

Was Caligula the Worst Roman Emperor of All Time? 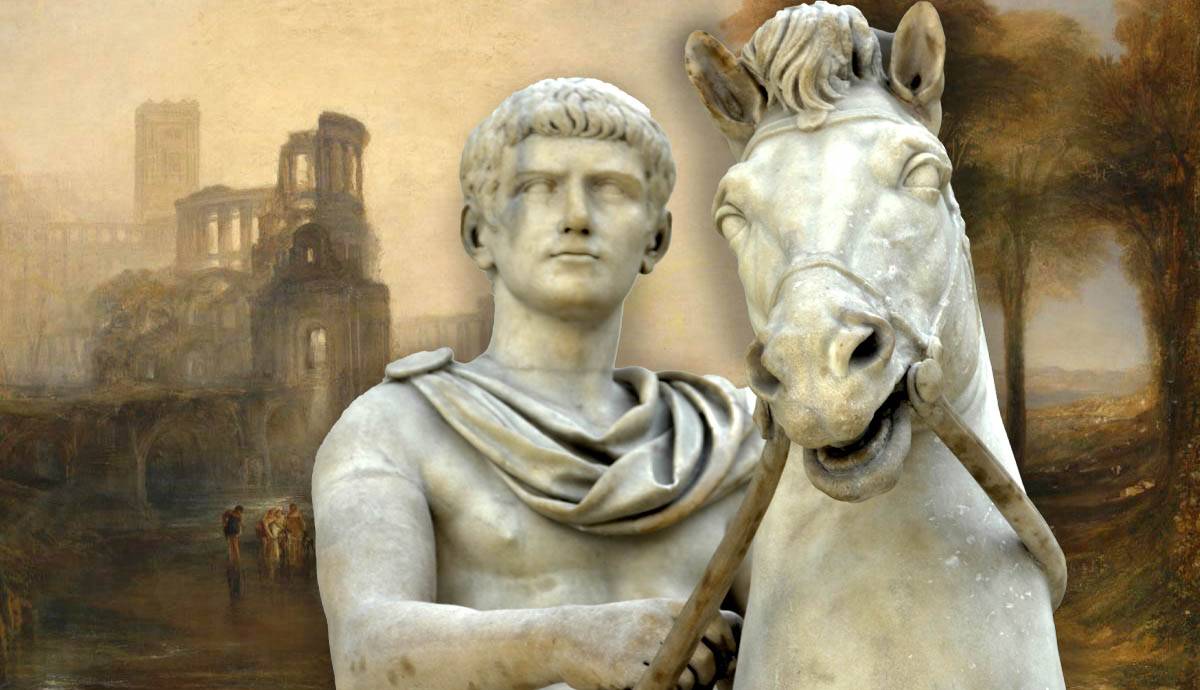 1. Caligula Invited His Horse for Supper

Rumor has it Caligula loved his horse Incitatus so much that he lavished it with excessive attention. He set plans in motion to try and turn his horse into a member of the Roman consulate. In the meantime, gave Incitatus a marble house and a manger built from ivory. Strangely, Caligula even invited Incitatus to dine with him in the evenings. To make his horse feel at home, Caligula even offered him a golden goblet full of wine.

In a ridiculous act of showmanship, Caligula apparently arranged for rows and rows of merchant ships to line up along the Bay of Baiae, forming a 5km long bridge. After instructing slaves to lay earth on top of the ships, Caligula then proceeded to ride his horse up and down the construct for two days straight, wearing a shining golden cape. Why? Apparently, an astrologer named Thrasyllus had insulted Caligula years earlier. He told him he had “no more chance of becoming emperor than of riding a horse across the Gulf of Baiae.” All this was just to prove a point.

4. He Told His Army to Whip the Sea

One of the strangest stories about Caligula involves waging a war against Neptune, the god of the sea. As the story goes, during a failed campaign against the Britons, Caligula tried to boost the morale of his army by encouraging them to stage a mock battle with the English Channel. After forcing them to whip the sea with their swords, he then told them they had won, and they could now “plunder the sea” for seashells as the spoils of war.

Did Caligula really believe he was a god? According to some historical accounts, he constructed a series of temples containing full-size gold statues of him, where people could go to worship his name. The most devoted fans even sacrificed peacocks and flamingos in honor of their great leader. In some versions of his life story, Caligula even tried to remove the head of Zeus from the colossal statue at Olympia, and replace it with his own likeness. Thankfully he didn’t succeed, and the statue became one of the first Wonders of the World.

Bizarrely, Caligula apparently hated goats, and he banned anyone from talking about them in his presence. Why? Written descriptions of Caligula reveal that he was covered in fine hair all over his body, apart from a bald spot on the top of his head. This gave him an uncanny resemblance to a goat, something he was particularly sensitive about.

7. He had Arguments with Jupiter

As if to prove his descent into insanity, Caligula’s worst critics told how the emperor began suffering an ever-increasing number of night-time delusions and hallucinations that kept him up most of the night. Eyewitnesses claim they even saw him picking a fight with Jupiter, the Roman king of all the gods, and threatening to beat him to death. If these stories are true, they paint the picture of a man who had completely lost his grip on reality. But who knows? Maybe it was all just a rumor…