HomeAnswersWhat is a Mezuzah and What’s It Used For?

What is a Mezuzah and What’s It Used For? 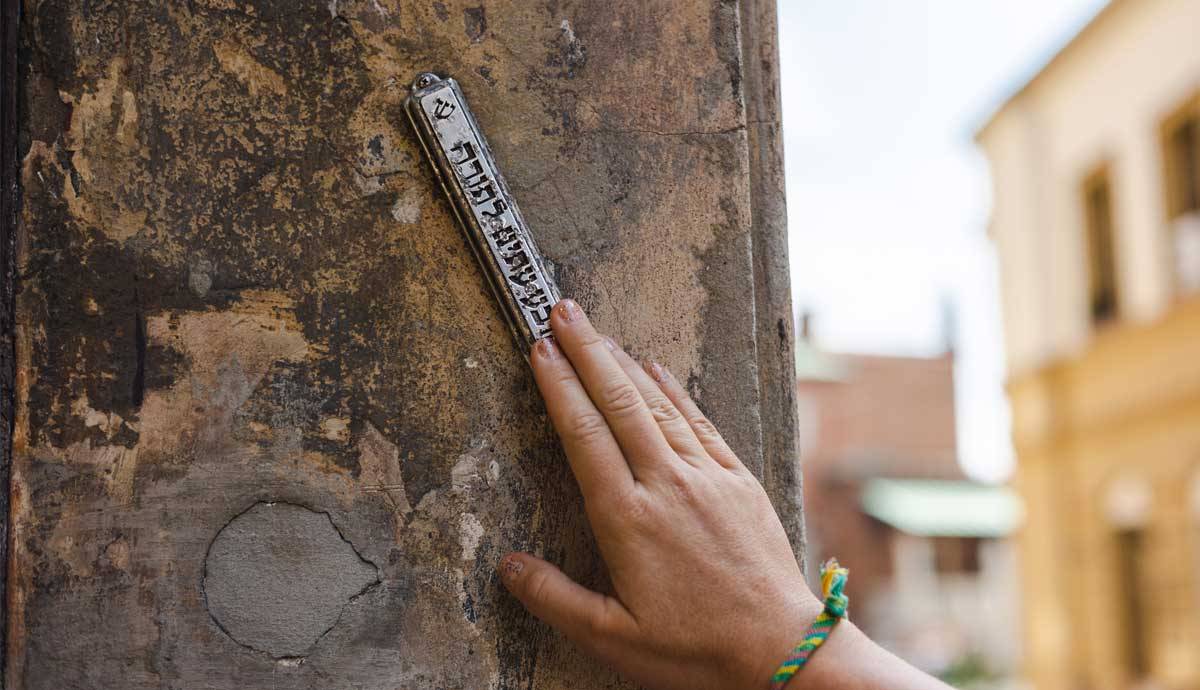 A Mezuzah is a small, decorative case which Jewish households attach to the right doorframe of the entrance to their home. And in fact, the word ‘mezuzah’ means doorpost in Hebrew. This practice has been in Jewish tradition for thousands of years, and it plays an important cultural role in defining Jewish identity. Alex Schapiro, program director at MyZuzah, which provides these precious objects to homes around the world, says, “The mezuzah is a symbol that connects, protects, and unites Jews. It’s an external marker that Jews proudly live here and that we’re not afraid to say so.” Read on to find out some key facts about these fascinating and significant emblems of Jewish culture.

1. Each Mezuzah Holds Secret Prayers Inside

Each mezuzah on the doorpost of a Jewish home is in fact a tiny case, containing a rolled-up scroll of parchment inside. These intricately decorated boxes are made in a variety of materials, ranging from reeds, to wood, glass, or metal. The parchment inside the box contains the two most sacred prayers of Judaism, the Sh’ma (or Shema), and the V’havta, both taken from the book of Deuteronomy. The prayers on the tiny scrolls are written by a skilled calligraphist, making them exquisite works of high-quality craftmanship. On the reverse of the scroll, the word Shaddai (meaning Almighty), is written, and sometimes a small panel allows the word to be seen from outside the box.

2. They Are Part of a Long Historical Tradition

Long ago, Jews used to write or etch prayers onto the doorposts of their homes. Eventually, this practice evolved into carving a notch out of the doorframe into which the scroll could be hidden. Sometimes around the 1st century CE, the custom of placing the scroll inside an ornate case began, and it has remained to this day. When placed on the door to the home, they remind Jews of their obligation to God. Some Jews also place mezuzah on the doorframes of interior rooms inside the home, particularly those where they will eat or sleep.

3. Mezuzah Are Usually Hung at an Angle

Sometimes a mezuzah is hung at a 45-degree angle instead of straight up. This practice is common among Ashkenazi Jews (from Eastern European heritage). This practice evolved from a traditional story about two rabbis who couldn’t agree whether to hang the mezuzah horizontally or vertically. Eventually they reached a compromise and agreed to hand it at a slight angle. You might notice angled mezuzahs are hung with the top facing towards the home.

4. Jews Must Recite a Prayer Before Attaching a Mezuzah

Jews recite a spiritual blessing before firmly attaching the mezuzah to the main doorpost of the family home. The prayer is recited in Hebrew, but it translates in English as “Blessed are You, Lord our God, King of the Universe Who sanctified us with His commandments and commanded us to affix a mezuzah.” Another custom practiced by some Jews is to touch the mezuzah every time they walk past it, and kiss their fingertips, as a mark of respect for the solemn and sacred prayers it holds inside.

5. The Scroll Inside Must be Checked Twice Every Seven Years

An official Jewish commandment is to check the scroll inside the mezuzah twice every seven years to make sure it is not showing any signs of damage. If the letters are damaged or unreadable in any way, then a new, kosher scroll must take its place. A kosher scroll is written in ink made from specially approved ingredients. The scribe completing the scroll – called a sofer – must be specially trained, and write with no touching letters, and no spelling mistakes. The sofer also recites a prayer every time he writes God’s name on the page, thereby officially sanctifying the text.

Nebuchadnezzar: Who Was the Biblical King of Men and Beasts?

What Is an Illuminated Manuscript?