HomeAnswersWhat Is an Illuminated Manuscript?

What Is an Illuminated Manuscript? 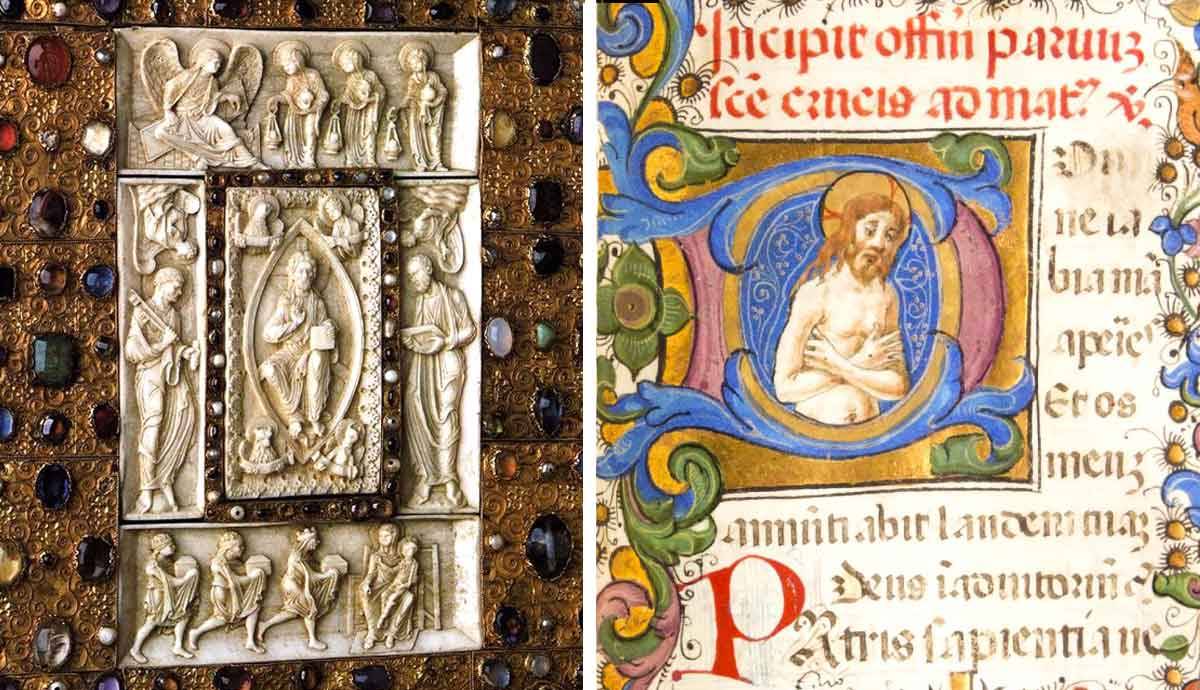 Illuminated manuscripts are among the most exquisite historical artefacts in the world. Dating roughly from the 12th to the 18th century, these medieval manuscripts are finely hand-written and feature intricate areas of colorful decorations and illustrations that are ‘illuminated’ with passages of shimmering gold and silver. They speak of a bygone era before printers, when artisans made books with the same care and attention as any work of art. Given the age of illuminated manuscripts, it is remarkable how well-preserved so many of them are today (even if they did fall victim to plundering and theft through the ages). Here are some of the key facts around illuminated manuscripts in more detail.

The entire process involved in making illuminated manuscripts was lengthy, costly, and incredibly time-consuming. This made them highly desirable and expensive objects. Skilled artisans made book pages from calf, sheep or goatskin. They then hand sewed them together and bound them with a solid, leather cover. This solid cover sometimes featured gold, ivory and jewels. Then we come to the pages inside. Makers had to painstakingly write out every letter by hand, while finely detailed areas of decoration and accompanying illustrations demonstrate many, many hours of dedicated hard work. We can see this in the stunning Book of Durrow, made in Ireland, made between 650-700 CE, adorned with Celtic knotwork and animal motifs.

2. They Contained Stories, Prayers and Even Addresses

While it’s true that many medieval, illuminated manuscripts contained Biblical stories, this wasn’t their only role. Some monks made a type of illuminated text called a ‘Book of Hours’, with a list of hourly devotional prayers. Others took a secular form, illustrating plants, beasts, maps, or even constellations and astrological predictions. Naturally, these secular, factual subjects lent themselves well to the highly detailed illustrations we associate with illuminated texts. One incredible example is the Westminster Abbey Bestiary, dating roughly 1275-1290 CE. This stunning book contains more than 160 different animal species, including birds, snakes and mammals.

3. Artisans Made Them in Different Sizes

Artisans made illuminated manuscripts in a surprising range of different sizes, depending on their intended use. Historians think large, lavish manuscripts such as The Book of Kells were a form of display for visitors to marvel over during ceremonies and events, rather than read aloud to a congregation. These huge tome-like manuscripts could tell Biblical stories more vividly with pictures than words.

By contrast, some smaller illuminated manuscripts could easily be held in one hand, making them ideal for intimate prayers and acts of devotion. Monks made the majority of early, large-scale illuminated manuscripts in monasteries. But as time rolled on and the books became increasingly in-demand, skilled workers set up workshop spaces where private patrons and collectors could commission their very own manuscript, in any size they liked.

Unfortunately, given the value embedded into their covers and pages, illuminated manuscripts were targeted by thieves throughout the centuries. Robbers ripped off book covers, tore out pages, or cut out individual letters with particularly indulgent and precious detailing. This means few of the surviving examples of illuminated manuscripts held in museums today are 100 percent intact.

5. They Are Very Fragile today

Perhaps it’s no surprise that illuminated manuscripts are very fragile, given their age, the delicacy and the value of the materials used to make them. Museums have to be very careful how they store the books. If they are unbound, book pages are kept in individual window mats, in temperature-controlled rooms. When they do go out on display, it is usually only for short periods of time, in order to avoid damage by light, air, and temperature changes.

What Is the Book of Kells?