HomeAnswersWhat Is the Book of Kells?

What Is the Book of Kells? 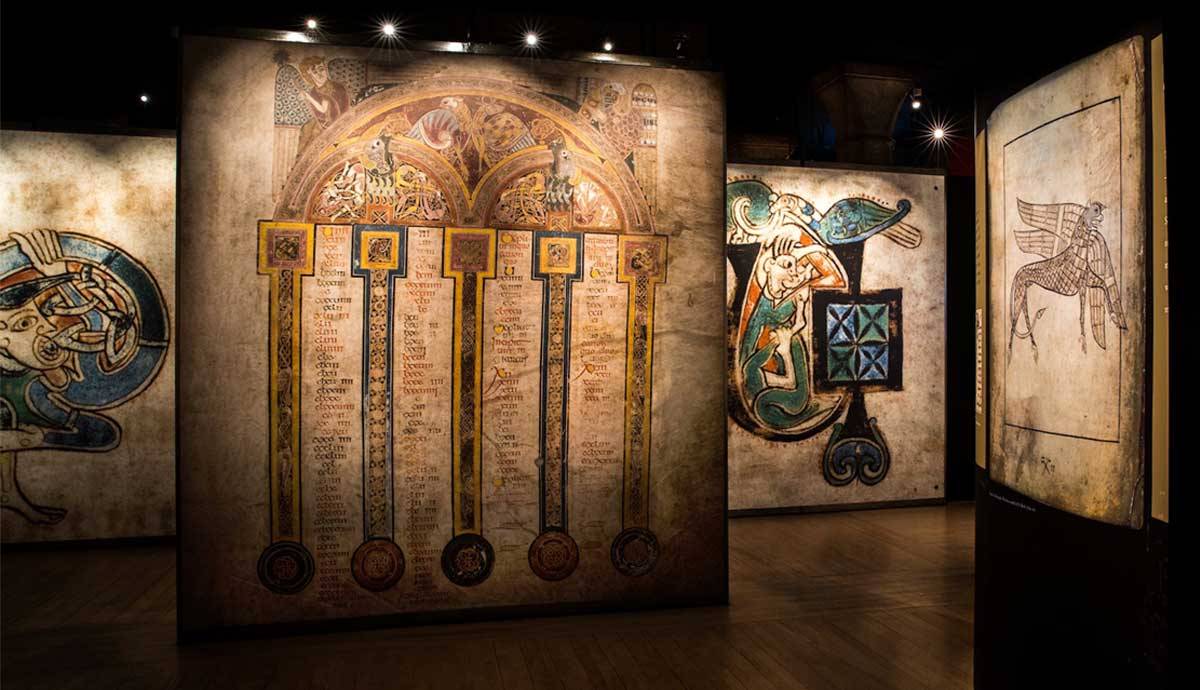 The Book of Kells is one of the most famous artefacts in the world. An illuminated manuscript made by Scottish or Irish monks in around 800, the book illustrates the four Gospels of the Christian New Testament with arrestingly beautiful attention to detail. While many stunning illuminated manuscripts were made during this time, the Book of Kells is particularly remarkable for the majestic wonder of its highly detailed illustrations. So much so, many historians consider it the greatest manuscript of all time. Let’s take a look through some of the key facts surrounding this fascinating artefact from European history.

1. The Book of Kells Is a Manuscript That Illustrates the Four Gospels

The Book of Kells illustrates the four Gospels of the Christian New Testament Bible. The book includes the complete Gospels of Matthew, Mark and Luke. Only part of John survives – the rest may have been stolen, or perhaps unfinished. In fact, there is further evidence suggesting the book was left incomplete, including a series of blank pages, and missing illustrations. Along with the Gospels, the book also contains a series of indexes and cross references, to make navigating through it a little less unwieldy. While it tells stories through passages of text, the focus is on the artworks and their stunning visual effect.

Today, the Book of Kells is 13 inches wide and 10 inches high, containing 340 folios made of calfskin vellum. However, this is remarkably different from the book’s original size. Scholars believe 30 folios of text and illustrations were lost at some point in the book’s history. Meanwhile, the edges of the manuscript we see today were trimmed back by book binders during the 19th century. In another fascinating strand of the book’s history, thieves stole the original cover, which featured gold and jewels, during a robbery in 1007 CE, ripping it from the book and leaving behind significant damage.

3. It Is Named After an Irish Monastery

The Book of Kells is named after the monastery of Kells in County Meath, Ireland. Given how old the book is, accounts vary about whether Kells is the birthplace of the book or not. Some scholars think monks of St Columba’s order made the book while living on the Scottish island of Iona in around 800. They think the text might have been brought to Kells following a Viking raid on Iona in 806. Others believe monks at Kells continued to work on the book, or even made it entirely at Kells, with no connection to Iona at all. Maybe we will never know who actually made the Book of Kells or where it was completed, but scholars believe three different scribes worked on it, called Hand A, Hand B and Hand C.

4. Monks Made the Book for Display

Evidence suggests monks made the Book of Kells exclusively for display and ceremonial use, rather than to be read aloud to a church congregation. Scholars believe this because the book’s images are so exquisitely intricate and designed to be looked at. Meanwhile the text is less carefully written – monks have sometimes missed out certain words or repeated long passages of text.

5. The Book of Kells Is Hiberno-Saxon in Style

The Book of Kells is a style called Hiberno-Saxon, a blend of Irish-Celtic and Anglo-Saxon traditions from the 7th century. We can see elements of the Irish-Celtic style in the curvilinear motifs and elaborate initialing, while the Anglo-Saxon influence is clear in the book’s zoomorphic interlacing and vivid colors.

Sadly, the Monastery of Kells was destroyed in 1641. Religious figures must have recovered the Book of Kells and brought it to Dublin, Ireland for safekeeping. Eventually, someone brought the book to Dublin’s Trinity College in around 1661. There the book remains today, in the college’s Old Library, where a whopping 500,000 visitors come to see it every year.

What Is Carl Jung’s Red Book?