HomeAnswersWhat Is So Special About Yosemite National Park?

What Is So Special About Yosemite National Park? 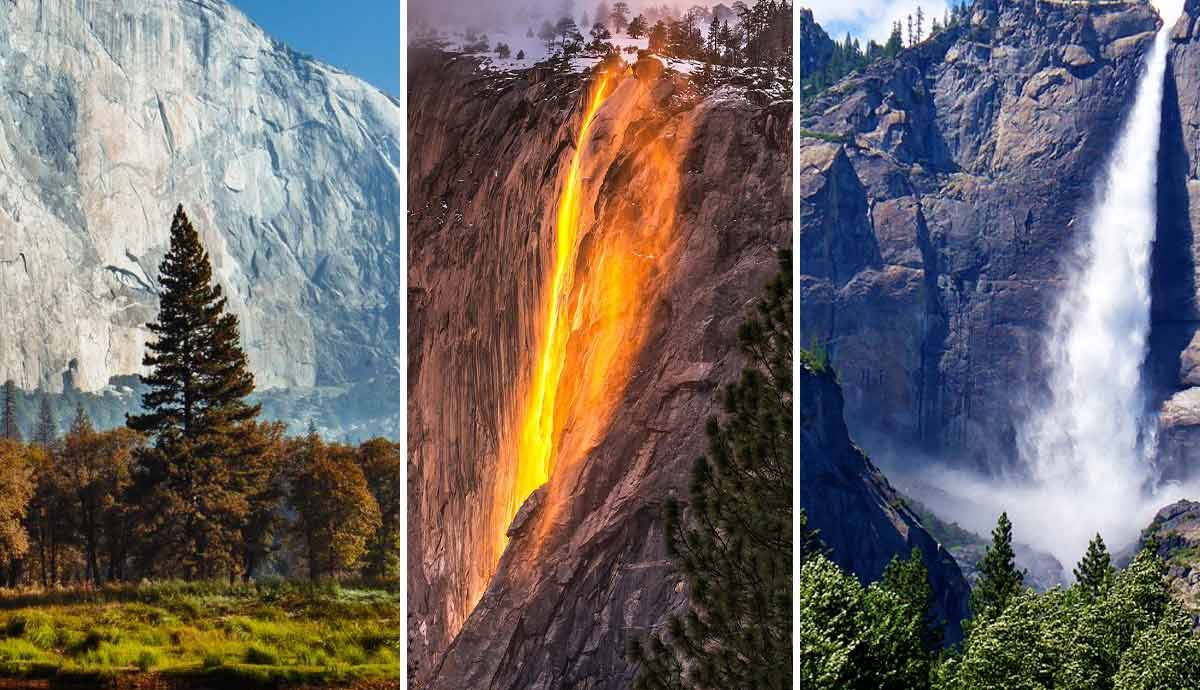 Yosemite is one of the most impressive National Parks in the United States. Set within California’s Sierra Nevada Mountains, it covers a span of nearly 1,200 square miles. Hidden within this un-spoilt natural wilderness are a whole world of wonders, including waterfalls, mountains, valleys and forest land. It is also home to a whole host of animals. No wonder millions of tourists flock here every year to soak up its incredible natural beauty. We look through just a handful of the reasons why Yosemite National Park holds such a special place in the world today.

1. Yosemite’s Rocks Seem to Glow in the Sunset

During February, the sunset casts such a strong light on Yosemite’s Horsetail Fall that it seems to be on fire. This natural phenomenon is called ‘firefall’, and it makes the mountain look like an erupting volcano. It’s an incredible sight that has to be seen to be believed. Sunlight also casts orange light across Yosemite’s El Capitan and Half Dome, making them appear to glow with iridescent light.

Incredibly, more than 400 different animals have made Yosemite their natural habitat. These include reptiles, mammals, amphibians, birds and insects. The Sierra Nevada red fox is one of their rarest inhabitants, along with black bears, bobcats, coyotes, mule deer, bighorn sheep, and a whole range of lizards and snakes. So, if you visit here, be prepared to encounter some of the park’s many residents along the way.

3. Yosemite National Park Has Some of the Largest Sequoia Trees in the World

Yosemite’s sequoia trees are around 3,000 years old. The largest are an impressive 30 feet in diameter, and over 250 feet tall, making them the largest living being in the world. The National Park houses at least 500 mature sequoias, which are mainly in the park’s Mariposa Grove. The oldest tree in this grove is known as the Grizzly Giant and is a popular tourist attraction.

Incredibly, Yosemite experiences a mild, Mediterranean climate throughout the year. The summer months are particularly sunny, dry and arid, while the winter months are dominated by heavy rainfall. Over the course of the year, the temperature rarely falls below -2C, or above 38C.

5. Yosemite Has Many Waterfalls

This National Park is home to many different waterfalls throughout its natural wilderness. During May and June, snowmelt reaches a peak, making the waterfalls particularly spectacular. Some of the most popular waterfalls in Yosemite are Yosemite Falls, Ribbon Fall, Sentinel Falls, Vernal Fall, Chilnualna Falls, Horsetail Fall and Nevada Falls.

Unlike many tourist attractions, Yosemite is remarkably untouched. While Yosemite Valley is the main tourist attraction area, it is only 7 miles long. The remainder of the park is an impressive 1,187 square miles, matching the same size as the entire ground cover of Rhode Island. This makes the park a true nature lover’s paradise! Most visitors don’t venture beyond the valley, so the intrepid few who dare to go further will be able to have much of the parkland to themselves.

7. It Houses the World’s Largest Rock

Yosemite’s El Capitan is now thought to be the world’s largest rock. Its sublime granite face rises up a whopping 3,593 feet from the ground, and looms high over the skyline with its imposing, craggy surface. The mountain attracts visitors from all over the world. But only a daring few master climbers are brave enough to embrace the ultimate challenge of trying to scale its heights, which can take around 4 to 6 days in total.