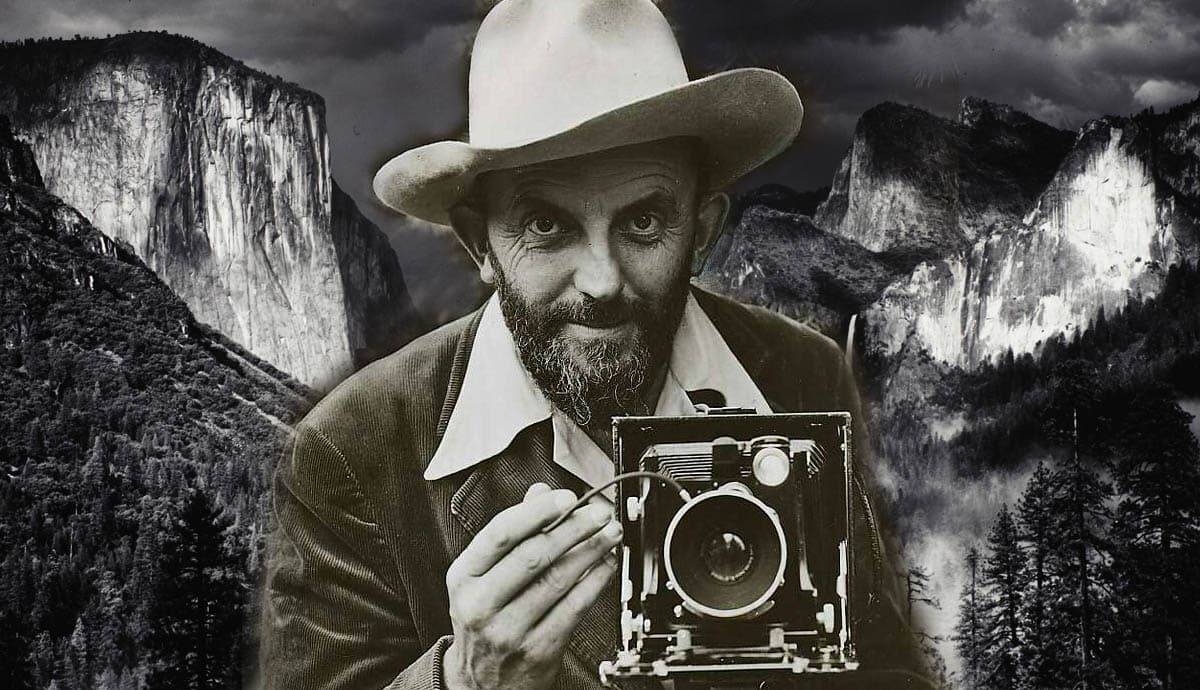 Ansel Adams is one of the most famous photographers and environmentalists in the world. His epic black and white landscape photographs captured wild America like it had never been seen before, as a vast chasm of unspoilt wilderness. He was both technically gifted and extraordinarily ambitious, exploring and documenting some of the most dangerous and unchartered locations of the American outback. Through his tireless work as photographer, activist, writer and lecturer, he also supported the preservation of the natural world. His hard work meant we could all continue to enjoy it for generations to come. Read our handy guide of quick facts to find out more about this remarkable man.

1. As a Child Ansel Adams Was Injured During an Earthquake

When he was just four years old, Ansel Adams was thrown to the ground during an earthquake in the sand dunes of the Golden Gate. He badly broke his nose, leaving him with a distinctive feature for the rest of his life.

2. He Nearly Became a Musician

As a child, Ansel Adams showed little interest in school. Instead, he spent many years teaching himself how to read music and play the piano. He then moved on to formal lessons. In fact, he became so skilled that he almost considered becoming a professional musician. Photography would later eclipse the artist’s love of music. But this early life experience in concentration, order and discipline set the foundation for his art.

3. He Was a Member of the Sierra Club

Ansel Adams joined the Sierra Club in 1919, an environmental group established to preserve the natural wilderness of the Yosemite Sierra. He spent as much time as he could in the Yosemite Sierra. In years to come, he even became the keeper of the club’s LeConte Memorial Lodge. During the group’s hikes and camping trips, Ansel Adams was able to soak up the sublime wonder of the landscape. It was then that he began his career as a pioneering American photographer. Adams published his first photographs in the club’s 1922 bulletin, and held his first one-man exhibition at the club’s San Francisco headquarters in 1928. In 1934, he became a member of the Sierra club’s board of directors.

4. Ansel Adams Was a Great Environmentalist

Through his stunning photography work that took in vast swathes of the American landscape with sharp detail and crisp focus, Ansel Adams was able to present to the world just how wondrous and important this part of the world was. Many Americans had never witnessed these parts of the wilderness before, so Adams’ photography opened their eyes to the world in a whole new way. His soaring, dramatic imagery became the catalyst for the American conservation movement, allowing them to preserve the sacred sanctity of national parks that still exist today. He also fought tirelessly as an activist against the industrialization and resortism of the American outback, helping to save great stretches of land from destruction.

5. He Rarely Included People in His Photographs

Ansel Adams rarely included people in his photographs, choosing instead to zero in on the incredible, sublime awe of nature. Some critics said his photographs lacked humanity and accused him of ignoring the wider political issues that were being documented by other photographers of his day. But looking back, his art is part of a legacy of Romanticist American landscape art alongside the great painters Thomas Cole, Frederic Edwin Church and Albert Bierstadt.

6. One Photograph Made Him Famous

The one single photograph that made Adams famous was Monolith, the Face of Half Dome, Yosemite National Park, 1927, taken during a treacherous journey through Yosemite’s LeConte Gully trail with a small group of four loyal friends. Together they made a 4,000 foot climb through heavy snow to reach the epic view seen in this image. Adams later called taking this image “one of the most exciting moments of my photographic career.”

7. Ansel Adams Now Has Artworks in Museum Collections Around the World

Today Ansel Adams has photographs in museum collections around the world, and they are a great testament to the artist’s wild and adventurous spirit. He has a large collection of photographs in the Museum of Modern Art in New York which span much of his career, from the 1920s all the way to the late 1960s.