HomeAnswersWhat Was the Peloponnesian War?

What Was the Peloponnesian War? 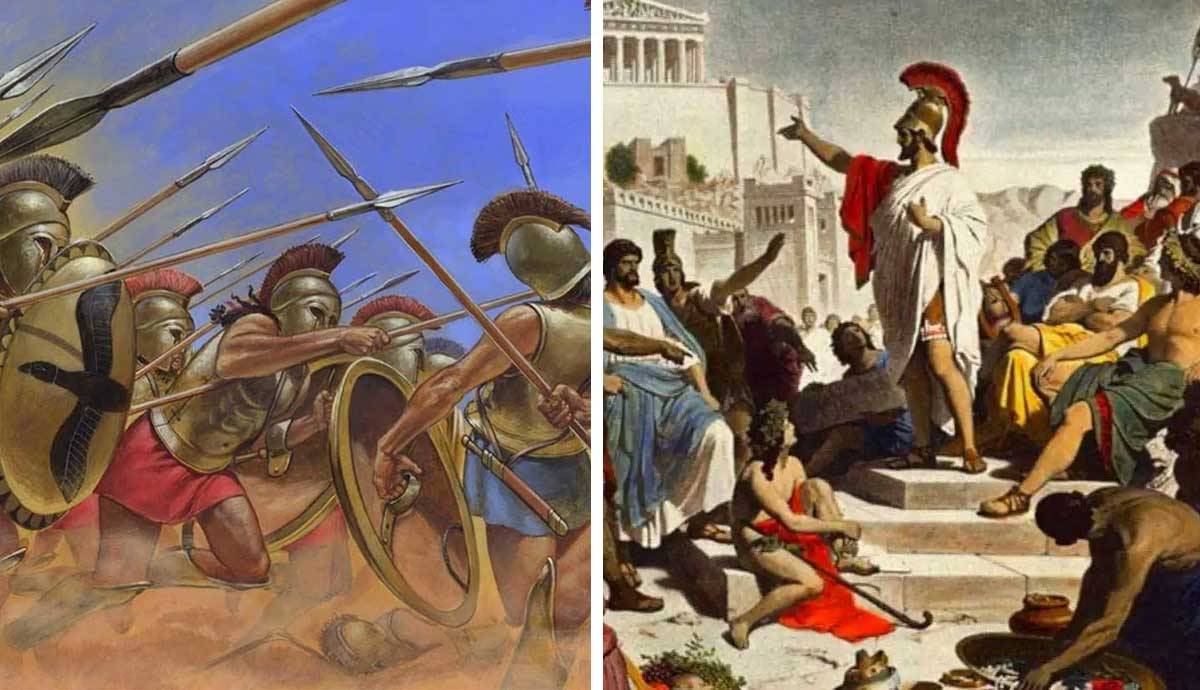 From 431–404 BC, the two most powerful city-states of ancient Greece fought in the Peloponnesian War. On one side was the naval power of Athens, and on the other was a mighty army of Sparta, each heading an alliance that involved nearly all Greek city-states. Thus, the Peloponnesian War engulfed the entire Greek world. After years of brutal struggle, both on the land and on the sea, Sparta emerged victorious. However, decades of war devastated Athens and the rest of the Greek lands, leading to the end of the Golden Age of Ancient Greece. The crippling war also paved the way for the Macedon takeover of Greece and, ultimately, Alexander the Great’s Empire. Luckily for us, the conflict was described in detail by one of the finest ancient historians and the eyewitness to the Peloponnesian War – Thucydides.

At the onset of the Peloponnesian War, two major powers controlled the Greek World. Athens was a powerful city-state that, under Pericles, became ancient Greece’s leading cultural and economic powerhouse. Athens was also the leader of the Delian League (or the Athenian League). Initially, the League’s purpose was to protect its members from the potential future attacks of the Persian Empire. However, Sparta feared Athens would use its alliance to strengthen its military power and prestige. And this is exactly what had happened, as Athens used the Delian League’s vast treasury to build a powerful navy. Sparta responded through an alliance of its own – the Peloponnesian League. It was only a matter of time before the two powerful leagues collided.

The First Conflict Between Athens and Sparta

While Athens and Sparta played a major role in the Peloponnesian War, this was not the first conflict between these two powerful city-states of Ancient Greece. Years before the outbreak of the war, Athens and Sparta (and their respective allies) fought in another conflict, sometimes called the First Peloponnesian War. In 445, both sides agreed to a truce called the Thirty Years’ Treaty. Yet, after years of uneasy peace, in 431, the war erupted once again. There would be no peace this time, as the largest conflict the Hellenic world had ever seen was about to take place.

The First Stage of the Peloponnesian War

The Peloponnesian War was fought in two phases, interrupted by a brief peace. The first stage of the war – also known as the Archidamian War (after the Spartan king) began after Corinth, feeling threatened by Athens’ aggression, engaged the Athenian army. Corinth was a member of the Peloponnesian League, but Sparta, not yet ready for war, did not immediately retaliate. When Athens refused to back down, in the Spring of 431, Spartan ally – Thebes – attacked Athenian ally – Platea, plunging the Greek world into open war. In the years that followed, both sides could not achieve a decisive victory.

The Athenian powerful navy dominated the seas, while the Spartan warriors were triumphant on the land. Spartan forces invaded Attica, the region around Athens, and ravaged the area. Knowing that he could not defeat the hostile army in the pitched battle, Athenian leader Pericles urged his people to withdraw behind the city’s formidable walls and use the fleet to harass its enemy’s coastline and supply lanes.

Initially, Pericles’ strategy bore fruit. However, within a few months of the war, a terrible plague struck the densely-packed city, killing a large part of its army as well as many civilians. The rapid spread of the Plague of Athens and the mounting deaths caused panic among both Athenians and refugees. Thucydides reports a complete breakdown of social order and abandonment of religious practices. When the pandemic finally wore itself out, the death toll was staggering. Around 75 000 to 100 000 people perished, including the Athenian leader, Pericles himself. The enormous losses meant Athens lacked the men to form an army capable of defeating the Spartans. Only in 415 BC, eleven years after the last outbreak of the plague was Athens able to mount any sort of counter-attack against the Peloponnesian League.

The deadly plague devastated Athens and its military. However, the war continued. Tired of war that led nowhere, in 423 BC, both sides signed a treaty known as the Peace of Nicias. The peace was to last fifty years but barely survived six. In fact, the small struggles continued during the “peacetime.” Official hostilities, however, resumed in 415 BC with an assault launched by the Athenians on Syracuse. The total control of the island of Sicily would allow Athens to control a large share of the Mediterranean trade. But Syracuse was a member of the Peloponnesian League, so Sparta decided to retaliate.

This time, however, Sparta was ready for the war at sea, having its own powerful navy, funded partly by its old nemesis, the Persian Empire. Two years later, the Athenians were expelled from the island, losing much of the fleet during the retreat. Athens was thrown into political turmoil. However, instead of asking for a truce, the Athenians rebuilt their fleet, and the war continued for another decade. Finally, in 405, Spartan admiral Lysander crushed the Athenian fleet at the battle of Aegospotami.

Who Won the Peloponnesian War?

The short answer is – no one. Yes, the destruction of the Athenian navy effectively ended the Peloponnesian War, as Athens lost control of the sea. To add insult to injury, the victorious Spartans ordered the famed Long Walls to be demolished, forbade the Athenians from building a fleet larger than 12 ships and demanded Athens pay them tribute. Sparta was now a leading power in the Hellenic world. The Delian League was no more, and Athens itself became part of Spartan dominion. Athens’ defeat also meant that the cultural and intellectual powerhouse of the Greek world went into a final eclipse, thus bringing the end of the Golden Age of Greece.

However, Sparta soon found itself embroiled in too many conflicts, eventually losing the war to its former ally Thebes. Less than a century after the Peloponnesian War, Macedon king Phillip II exploited the Greek weakness, conquering Athens, Sparta, and all of their allies, paving the way for the vast Empire of his son, Alexander the Great, and ultimately, the emergence of the Hellenistic World.