HomeAnswersWhat Were the City States of Ancient Greece? 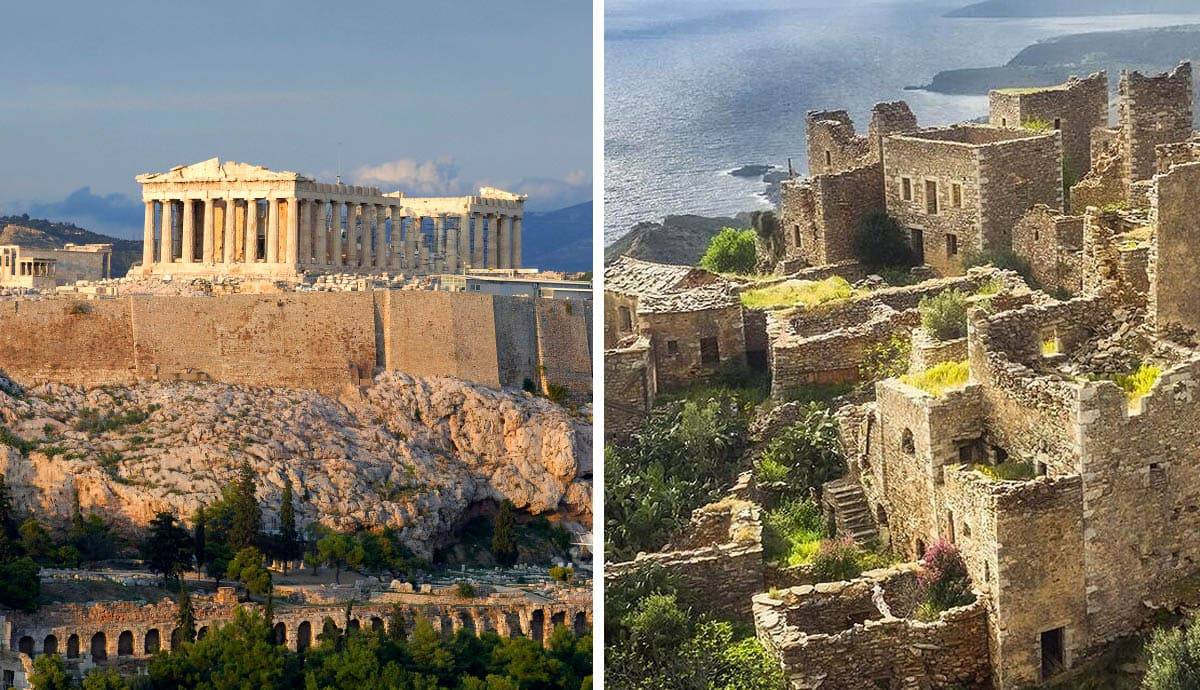 City states, also known as polis, were the separate communities of ancient Greece. Starting as just a few divided areas of land, the polis expanded into over 1,000 different cities. Each had their own governing laws, customs and interests. Barrier walls surrounded their peripheries, to protect them from outside invasions. Many had a temple built on top of a hill, or acropolis, looking out across the land from a high vantage point. Although the concept of city states no longer exists, many of the former polis still operate as cities or towns throughout the Mediterranean today. Let’s take a look through the best-known and culturally rich city states from ancient Greece.

As today’s capital of Greece, Athens must surely be the most famous city state of ancient times. In fact, today it has more than 5 million inhabitants! Athenians valued the arts, education and architecture. Much of the architecture built while Athens was a city state still exists today, including the Parthenon, the arch of Hadrian and the Acropolis. They ploughed money into their navy to protect them from foreign invasions, and its port, the Piraeus, was home to ancient Greece’s biggest fleet of ships. Athenians invented the concept of democracy, allowing every citizen to vote on societal issues.

Sparta was one of ancient Greece’s largest and most powerful city states. It was an almighty powerhouse, with the strongest army of any city state in the whole of ancient Greece. In fact, all Spartan men were expected to become soldiers, and trained from a young age. They also enjoyed sports, including footraces. Two kings and a team of elders ruled Sparta. This meant Spartan society was far from democratic, with a tiered system of social classes. At the top were the Spartans, who had ancestral links to Sparta. Perioikoi were new citizens who had come to live in Sparta from other locations, while the helots, who made up the majority of Spartan society, were agricultural workers and servants to the Spartans. Today, Sparta exists in a much smaller state, as a town in the Peloponnese region of southern Greece.

Thebes was another leading city state in ancient Greece which became a bitter and violent rival to Athens and Sparta. Today it survives as a busy market town in Boeotia in central Greece. In ancient times, Thebes had almighty military power, and even sided with Persian King Xerxes in the Persian War against the Greeks. In Byzantine times Thebes was a bustling and industrious city, famous for various commercial ventures, particularly its lavish silk production. But Thebes is perhaps most famous as a popular setting for Greek myth, where the stories of Cadmus, Oedipus, Dionysus, Heracles and others unfolded.

Syracuse was a Greek city state now situated on the south-eastern coast of Sicily. In the 5th century BCE, it became a thriving metropolis, attracting citizens from all across ancient Greece. During this peak the city was run by a wealthy, aristocratic government which funded the production of temples dedicated to Zeus, Apollo and Athena, the remains of which still exist today.

Like Athens, Syracuse was predominantly ruled by a democratic government, allowing its vast population of over 100,000 people a say in the city’s political climate. The city famously built a huge theatre that could house up to 15,000 people and was adorned with a terrace and stone statues, and an aqueduct that provided citizens with fresh running water. Critics also point out how brutal the city’s past once was; prisoners of war quarried the stone that built the city of Syracuse, and their lives were a living hell.