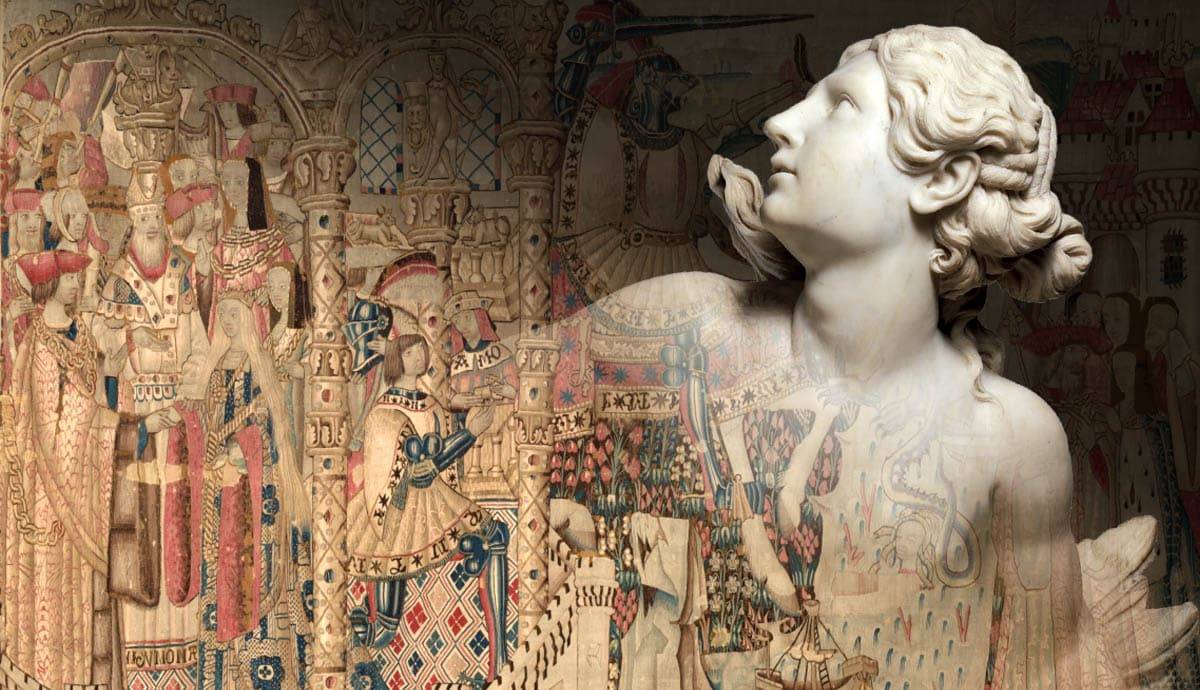 We might all know the name Andromeda from the constellation pattern and its famous spiral galaxy, which is 2.5 million light years away from planet earth. But did you know Andromeda was actually the name of a famous Princess in Greek mythology? Andromeda was the daughter of Cepheus and Cassiopeia, but she was chained to a rock by her cruel father, where she was almost eaten by a sea monster. That was until the heroic Perseus rescued her and whisked her away for a new life. Read on to find out more about the adventurous life of this well-known character from Greek myth.

1. Andromeda’s Parents Were Cepheus and Cassiopeia

Andromeda was born as the mortal daughter of King Cepheus of Ethiopia, and the vain and proud Queen Cassiopeia. When Andromeda grew up to be a strikingly beautiful young woman, her mother boasted to anyone who would listen about her daughter’s good looks. But when Cassiopeia dared to claim her daughter was even more beautiful than the Nereids (sea nymphs), the sea god Poseidon was so furious that he sent out a savage sea monster named Cetus to ravage the coastline and hunt down Cassiopeia.

2. Her Father Chained Her to a Rock

An oracle instructed King Cepheus that the only way to get rid of the cruel and tempestuous sea monster once and for all was to surrender his virgin daughter. So, the cruel Cepheus chained his naked daughter to a rock and left her there to die. Meanwhile, Perseus was travelling over the ocean after slaying Medusa with the winged sandals of Hermes (and the head of Medusa in a sack) when he spotted the beautiful young princess trapped and in great distress below him. Perseus was entranced by her beauty and he swiftly rescued her. Then he slayed the horrible sea monster once and for all, thus breaking Andromeda from the cursed fate her parents had bestowed upon her.

As is so often the case, Andromeda fell in love with her rescuer, and before long she and Perseus got engaged. But there was just one small problem. Before her adventures with a sea monster, Andromeda’s parents had tried to get her to marry her horrible old uncle Phineus. Understandably, Phineas wasn’t too happy to find out his fiancé was planning a wedding with another man. Perseus tried to reason with Phineus, explaining how he had saved the princess from a life and death situation. But Phineas would not listen. Perseus was left with no other option – he used Medusa’s head to turn Phineus to stone.

4. She Was Mother to Nine Children

After their wedding, Perseus and Andromeda settled happily in Tiryns, and unusually for Greek myth, their marriage was happy and stable. Although the kingdom was small and undeveloped when they arrived, during their years as rulers Perseus and Andromeda transformed Tiryns into one of the most powerful cities in early Greek history. They also became parents to nine children: Perses, Heleus, Alcaeus, Sthenelus of Mycenae, Electryon, Mestor, Cynurus, Gorgophone and Autochthe, known collectively as The Perseids. These many children spread out across ancient Greece and had large, influential families of their own. Thus the family line of Perseus and Andromeda remained strong for centuries; among their descendants are Heracles, Helen of Troy, and several ruling Persian kings.

5. She Became a Famous Constellation

Who Is Perseus in Greek Mythology?