Who Is the British Artist Sarah Lucas? 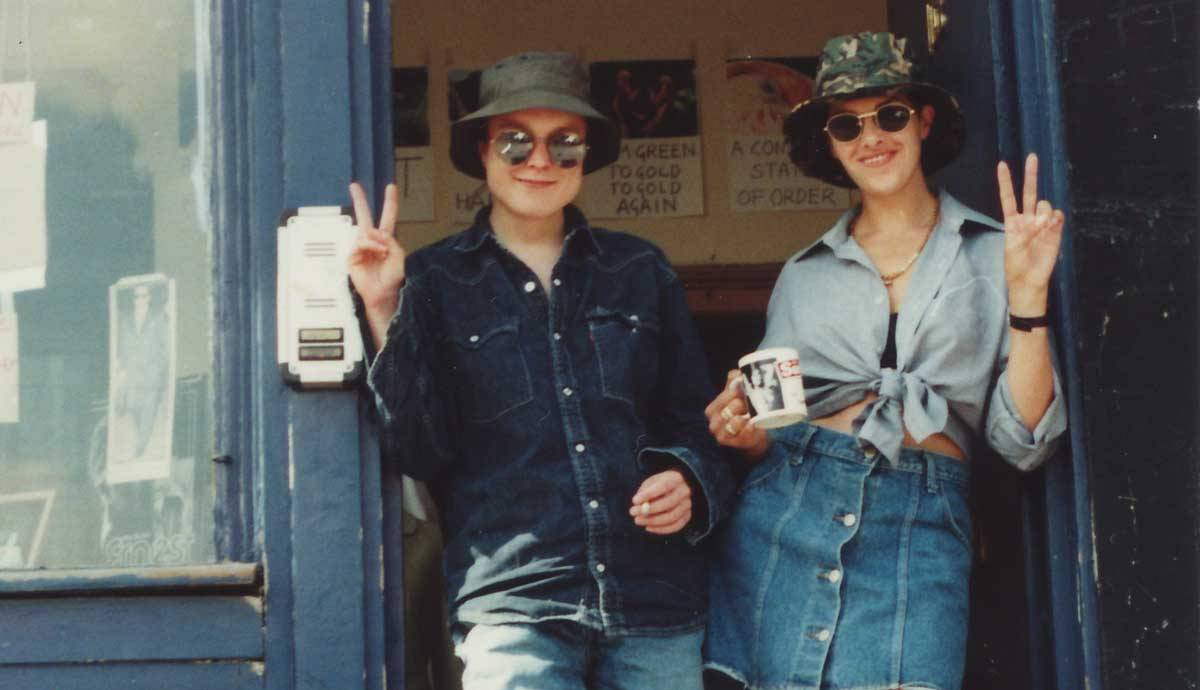 British artist Sarah Lucas was a celebrated member of the Young British Artists (YBAs) movement in the 1990s alongside Tracey Emin and Damien Hirst. Like them, she enjoyed making art that was deliberately shocking and provocative. Since then, Lucas has gone on to forge a career as one of Britain’s foremost conceptual artists and sculptors. Throughout her long and varied career Sarah Lucas has explored a variety of different styles, processes and techniques. But underpinning her practice is a playful experimentation with found objects and sexualized or surreal Freudian innuendoes. We celebrate this enduring artist with a quick series of facts about her art and her life.

1. Sarah Lucas Once Owned a Shop with Tracey Emin

Before they were famous, Tracey Emin and Sarah Lucas opened a shop together in the Bethnal Green area of East End London. It was a playful, pop-up shop which was more of an art gallery than a commercial enterprise. Perhaps most importantly, it forged a friendship between the two artists, and became a meeting point for the curators, collectors and gallerists who would make them both famous. Gallerist Sadie Coles said, “The Shop felt like the two artists were determining their position within an art scene. It wasn’t clear where it was going to go, but they made a stage, a platform that would not have been offered to them elsewhere.”

2. She Took Crude Self Portraits

In her early career, Sarah Lucas made her name for a series of self-portraits which were uncompromisingly direct. She posed in a series of deliberately masculine stances, with legs splayed, or a cigarette hanging from her mouth. In others she posed with a series of suggestive props that had jokey Freudian or symbolic connotations, such as fried eggs, bananas, a large fish, a skull or a toilet cistern. In all these photographs Sarah Lucas upturns the conventions of female representation, offering instead an alternative view of what it is to be a woman in the contemporary world. Her art came to typify the ‘ladette’ culture that was popular across much of the UK in the 1990s, in which girls and women adopted stereotypically masculine traits such as smoking, heavy drinking, and loose clothing.

3. Sarah Lucas Made Art from Fruit

One of Sarah Lucas’s most famous works of art was made from surprisingly humble origins. Titled Au Naturel, 1994 (the brand name that was printed on the label of the mattress), Lucas’s sculpture was made from an old, worn-out mattress, a collection of fruit, and a bucket. Sarah Lucas inserts two melons and a bucket on one side as a crude metaphor for the female form, while on the other side are two oranges and a courgette, a jokey symbol for masculinity. Lucas’s deliberately provocative display of flagrant and potentially offensive innuendoes earned her a notorious reputation as a troublemaker in the British art world. She exhibited this work at the legendary Sensation exhibition, organized by Charles Saatchi at London’s Royal Academy.

4. She Makes Surreal Sculptures from Tights (and Other Materials)

Since making her name in the 1990s for her uncompromisingly direct imagery, Sarah Lucas has continued to play with the crude, or sexualized connotations of found objects. These have included fruit, cigarettes, concrete blocks and old furniture. In the late 1990s Lucas made her famous ‘Bunny Girls.’ They are crude, abject female forms which she made from stuffed tights, and draped them over pieces of furniture. Another recent and ongoing series she made from stuffed tights is titled NUDS. These sculptures are amorphous, surreal objects resembling human forms. Curator Tom Morton says of Lucas’s NUDS: “they are not quite male, or female, or even quite human. Looking at these bulbous shapes, we think of spilt guts and detumescent genitalia, of skin filigreed with varicose veins and the tender folds of a recently shaved armpit.”