Who Was Achilles’ Son? 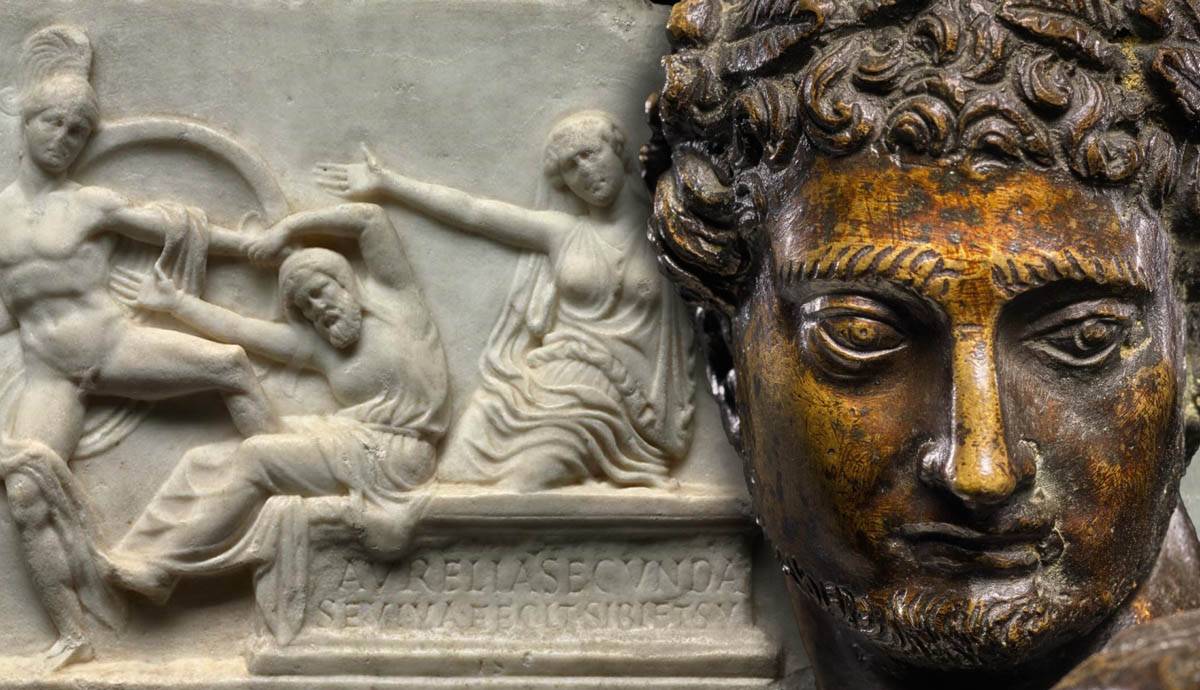 Achilles is one of Greek mythology’s best-known characters, a great and fearless warrior who helped win the Trojan War. But his private life is a little more mysterious, and a subject of much debate. We know Achilles wasn’t much of a family man. He spent much of his life out in the battlefields, and he never married or settled in any one place. Some stories even suggest he might have been gay. However, we do know that Achilles had one son, a boy named Pyrrhus Neoptolemus. Was Achilles’ son an almighty warrior like his father, or did he choose an easier, simpler life? Read on to find out more.

Achilles’ Son Was the Child of a Princess

When Achilles’ mother and father had a prophecy that their son was going to die in the Trojan War, they were justifiably terrified. So much so that they disguised Achilles as a girl, hiding him in amongst the many daughters of King Lycomedes on the island of Scyros, in the hope that he would never take part in the war. But hiding a boy amongst a group of girls was bound to lead to trouble, right? So, when one of King Lycomedes’ daughters, Princess Deidamia, discovered that Achilles was in fact a boy, she and Achilles embarked on a brief, but passionate love affair. The result of this affair was Achilles’ son, who they named Pyrrhus Neoptolemus.

The first name of Achilles’ son, Pyrrhus, meant “red-haired”, a reference to this boy’s blazing, flame colored hair. But the name was also linked to his father Achilles – when Achilles was disguised as a woman in the court at Scyros, he had called himself Pyrrha, the female version of Pyrrhus. In giving their son this name, it is possible Achilles and Deidamia were also acknowledging the circumstances of his conception. Neoptolemus grew up in Scyros, in the court of Lycomedes alongside his mother, but he knew who his father was, and that he had been killed during battle by the god Apollo. So perhaps Neoptolemus wasn’t so surprised when Odysseus eventually turned up, asking him to join the Greeks in the war against Troy, to fight in his father’s honor. Amazingly, Achilles’ son Neoptolemus was even one of the warriors concealed inside the Trojan horse, ready to leap out on the unsuspecting Trojans.

Pyrrhus Neoptolemus Fought in the Trojan War, Like His Father

Like his father, Neoptolemus fought a series of bloody and gruesome battles in the Trojan War. And even more like his father, Achilles’ son Neoptolemus was said to be a pitiless warrior who killed some of the Trojans’ most revered figures. Neoptolemus was very angry about his father’s death, and he wanted the Trojan’s to suffer. One of Neoptolemus’ worst crimes was the murder of Trojan King Priam, thus completing the battle once fought by his father. He callously slayed Priam at an altar, to deliberately anger the Trojan gods. He then went on to slay Priam’s daughter, Polyxena. Neoptolemus didn’t stop there – he married Helen of Troy’s daughter Hermione, but in an act of revenge for his father’s murder, he also carried off the Trojan Prince Hector’s widow Andromache as a concubine, even fathering a child with her named Molossus. Brutal.

Pyrrhus Neoptolemus Was Killed by Apollo, Like His Father

Even after all that, Neoptolemus was still angry about his father’s death. He marched to Delphi, looking for Apollo. Some stories say he went to plunder Apollo’s temple, while others tell how he demanded that Apollo atone for murdering Achilles. Either way, he went looking for trouble. Unfortunately, things didn’t quite go as he had planned, and instead of getting an apology or any treasure, Neoptolemus was murdered, some say by the Delphic priests of Apollo, and others say by Apollo himself, just like his dad. All this goes to show if you mess with the gods, it probably won’t end well.

Who Actually Killed Achilles? The Answer Is Complex