Who Was Emperor Aurelian? 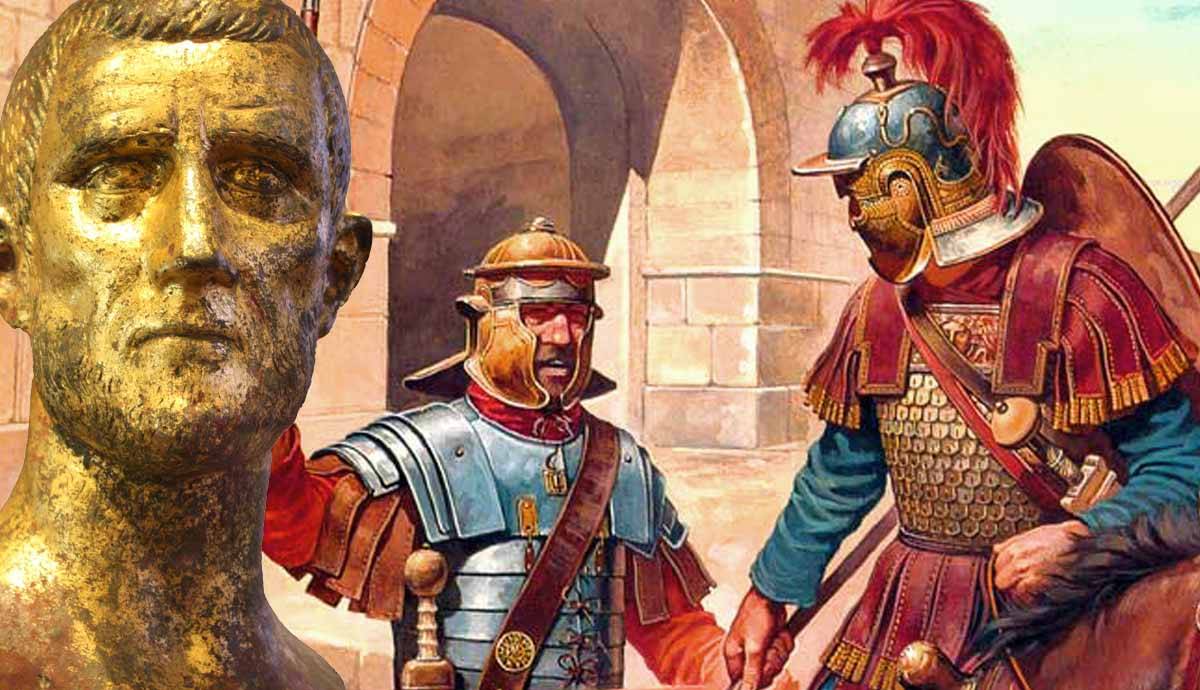 Within a space of only five years (270-275 AD), Emperor Aurelian achieved more than most of his predecessors (and successors). He stabilized the Danube frontier, expelling all the barbarians who threatened the Roman Empire. He encircled Rome with a massive wall that can still be seen today. Aurelian was a competent soldier, but he was also a reformer. During his brief but eventful reign, he inaugurated major reforms of the currency, religion, and administration. It was Aurelian who laid the foundation for the autocratic emperorship of the late Roman Empire. But, most importantly, emperor Aurelian restored the unity of the Roman Empire, which was teetering on the brink of collapse. For this reason, Aurelian became known as the Restitutor Orbis – “Restorer of the World.”

Like most third-century rulers, emperor Aurelian began his career as a professional soldier. The third century was a chaotic period for the Roman Empire, and only a soldier-emperor could prevent the Empire’s collapse. No wonder most of those emperors died on the battlefield or were murdered by their troops. Ironically, Aurelian’s predecessor – Claudius II Gothicus – died of the plague, the first who did not fall by the sword in a long time. With the Empire in chaos, the choice for the next ruler fell on Aurelian, a natural warrior and a talented commander. In the autumn of 270, following the acclamation by the troops, the Senate recognized Aurelian as the emperor of Rome.

Aurelian Had to Face the Worst Threat Since Hannibal

At the time of Aurelian’s accession to the throne, Rome was in chaos. To start with, the barbarians threatened the security of the imperial frontier. Shortly after taking the purple, Aurelian had to face one of greatest threats to the Empire since the time of Hannibal Barca and his invasion of Italy. In 271, the Germanic invaders crossed the Po River and annihilated the imperial legions sent to stop them. The way to Rome was open, causing widespread panic. Yet, emperor Aurelian, a hardened battle commander, managed to assemble the troops, defeat and repel the invaders.

After defeating the barbarians, emperor Aurelian shifted his attention to strengthening the Roman limes – the fortified frontier along the great rivers of the Rhine and Danube. By the mid-third century, it became painfully clear that the provinces on the other bank were exposed to barbarian attacks. Following the example of emperor Gallienus, who evacuated Agri Decumates in 272, Aurelian decided to withdraw legions from similarly indefensible Dacia.

However, the abandonment was a politically sensitive issue, as this was a province incorporated by emperor Trajan, whose efforts were immortalized on Trajan’s Column located in the center of Rome. To preserve the idea of Roman invincibility, propagated since the times of the first emperor Augustus, Aurelian made two new provinces carrying the same name. However, Aurelian’s abandonment of Dacia marked the end of the Roman expansion.

Aurelian Restored the Unity of the Roman Empire

Aurelian’s greatest achievement, however, was the reunification of the Roman Empire. A decade before Aurelian took power, the Empire had disintegrated into several parts. Besides the legitimate emperor in Rome, there was an independent Gallic Empire in the West, while in the East, Queen Zenobia ruled over the Palmyrene Empire. Aurelian’s legions first moved East and defeated Zenobia, restoring control over Egypt, the breadbasket of the empire, and taking hold of the vital Silk Roads. Then, Aurelian led his troops West, defeating and dismantling the upstart Gallic Empire. The emperor’s triumph was complete. In less than five years, Aurelian stabilized the frontiers of Rome and reunited the Empire on the verge of collapse. He was indeed the Restitutor Orbis – “Restorer of the World.”

He Also Built the Famous Walls of Rome

After expelling the barbarians from Italy, Aurelian realized that the imperial heartland and the capital needed better protection. With this in mind, he decided to fortify Rome with a massive wall. The so-called Aurelian walls, 19 kilometers long and 6 meters tall, enclosed all of Rome’s seven hills, Campus Martius, and on the right bank of Tiber, Trastevere district. This huge engineering feat – the largest in a century, made Rome a veritable fortress. The walls would remain Rome’s main perimeter up to the 19th century. They remain in place till today, almost intact, withstanding the test of time.

Aurelian Was a Great Reformer

After defeating Rome’s numerous enemies, Emperor Aurelian could focus on governing the reunified Roman Empire. To keep the citizens of Rome happy and to maintain order in the imperial capital, Aurelian increased the amount of free food distributed to the populace. A stern administrator, he reorganized the system of transport and distribution. Aurelian also reformed the monetary system, increasing the amount of silver in the imperial coinage. More importantly, the emperor relocated mints away from Rome to the strategic sites near the frontier, where pay could easily reach the armies.

He Laid the Foundation for Christianity

Aurelian’s most significant achievement is the one he was completely unaware of. Encouraged by his many victories, Aurelian introduced a new deity to the Roman pantheon, a solar god – Sol Invictus, the Invincible Sun. Little could the emperor know, but the introduction of the monotheistic oriental cult of Sol Invictus paved the way for the emergence of Christianity as an official religion several decades later. The birthday of Aurelian’s invincible god is December 25th, the same day billions of people nowadays celebrate the birth of another: Christmas.

Inspired by his great triumphs, Emperor Aurelian decided to face an enemy, which had troubled Rome since the times of Crassus. But Aurelian never reached Persia. On the way East, near a small town of Byzantium – future Constantinople – Emperor Aurelian was murdered by his own soldiers. Following his sudden demise, the Roman Empire, which Aurelian had fought so hard to unify, fell back into chaos. However, Aurelian’s efforts allowed another emperor – Diocletian – to finish the task. While Diocletian is the one whom history remembers, the “unconquerable emperor” left a lasting legacy. Aurelian’s tireless campaigning prolonged the Empire’s life, allowing Diocletian and Constantine to lay the foundation for the survival of the Roman empire in the east – also known as the Byzantine Empire.

Rome’s Crisis in the 3rd Century: A Look at 7 Key Events in History